Adult and child struck by a vehicle in downtown Anchorage, police say 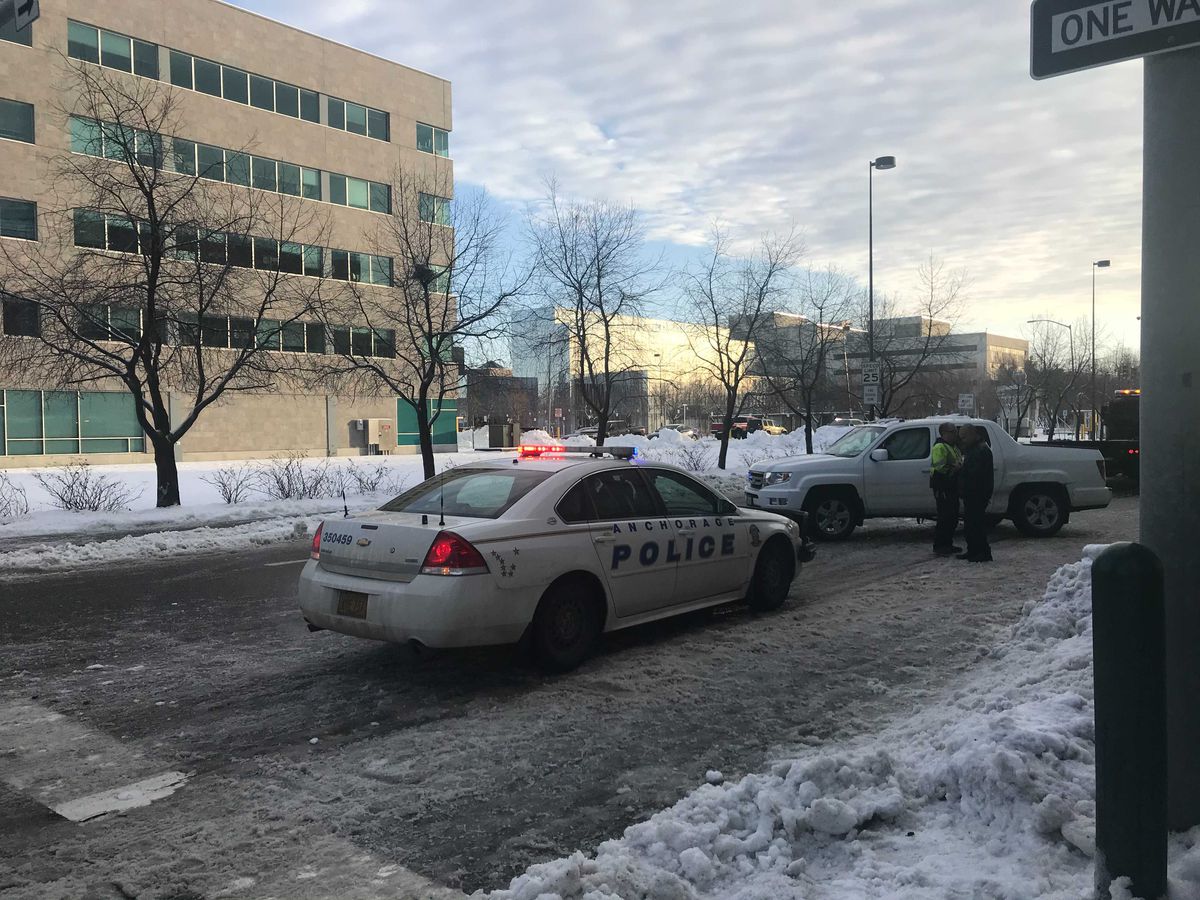 Two pedestrians were injured in downtown Anchorage when they were struck by a vehicle on Monday, Nov. 9, 2020. (Tess Williams / ADN)

Two pedestrians were injured in downtown Anchorage when they were struck by a vehicle on Monday, Nov. 9, 2020. (Tess Williams / ADN)

An adult and a child were struck by a vehicle while crossing a downtown Anchorage intersection Monday afternoon, according to Anchorage police.

The two were taken to a hospital, but Sgt. David Noll said their injuries were not considered life-threatening.

Two vehicles collided in the intersection of C Street and Fifth Avenue around 1:50 p.m. Noll said one of the vehicles struck the pedestrians during the crash.

Noll said the drivers of both vehicles stayed on the scene and the investigation is ongoing. Charges are pending, he said.

The state Department of Transportation classified driving conditions in much of Anchorage as difficult on Monday afternoon due to icy patches, frozen slush and snow on the roadway. The intersection where the accident occurred had not yet been plowed, according to the Municipality of Anchorage snow plow map.

Streets around the intersection were temporarily closed following the incident.

Eight pedestrians have died in Anchorage this year after being struck by a vehicle.