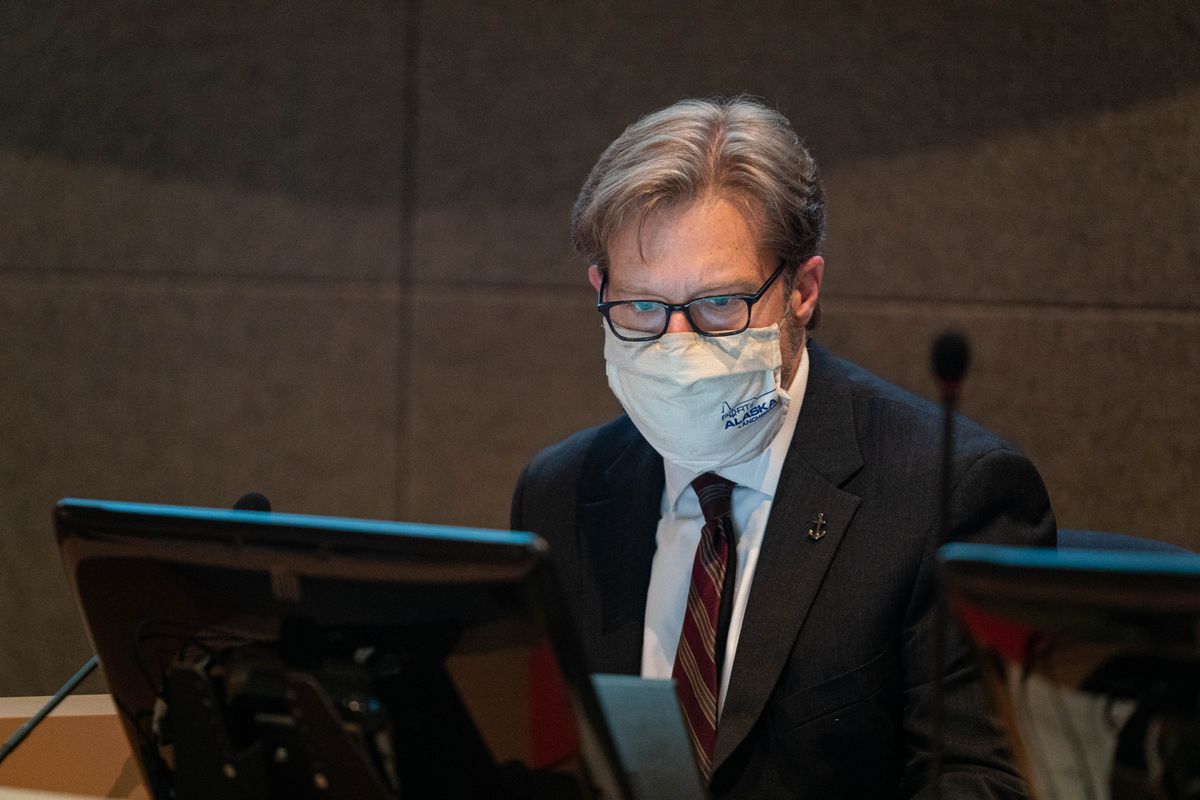 Anchorage’s municipal manager, Bill Falsey, is leaving his position with the city Tuesday.

Falsey said Wednesday night that he had repeatedly extended his tenure with the city beyond what he initially agreed to. Most recently, he has been leading the city’s emergency response to the COVID-19 pandemic, and he extended his time with the city to help with the transition from former Mayor Ethan Berkowitz to Acting Mayor Austin Quinn-Davidson.

Falsey is also running for mayor in the April election. He said leaving his position with the city will allow him to fully focus on his campaign.

Falsey has served as municipal manager for the past three years, and before that was the municipal attorney.

The announcement was made in a written statement sent out by the city Wednesday evening.

Henderson has worked for the city for 14 years, most recently as deputy municipal manager for the past month, following the sale of the city’s utility to Chugach Electric.

“We are so fortunate to be able to draw on Anna’s depth of experience, both in and outside of the Municipality,” Quinn-Davidson said in a statement. “Anna’s background in operations will serve her and Anchorage residents well in this new role. We are thrilled to have her serve our community in this capacity.”