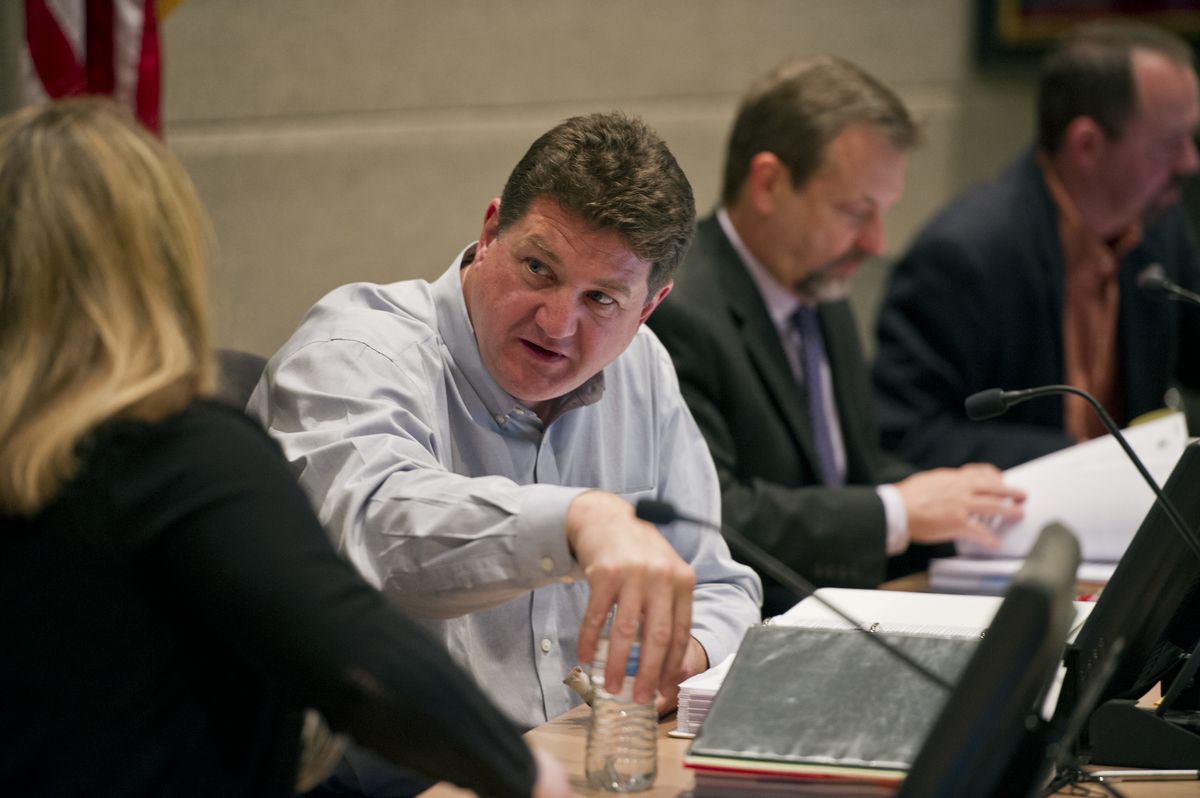 Former Anchorage Assemblyman Eric Croft announced Monday he is dropping out of the spring mayoral race due to the crowded field.

“The situation we have now is not productive, where four or five moderates are fighting it out,” Croft said in a Monday interview.

Croft announced his decision in an email and social media post shortly after 10 a.m.

Croft’s exit leaves 10 in the race, including Assemblyman Forrest Dunbar and former Assemblyman Bill Evans, as well as Dave Bronson and Mike Robbins, who are more conservative and have been deeply critical of former Mayor Ethan Berkowitz’s leadership during the COVID-19 pandemic.

Croft said the remainder of the field will be forced to compete for donations and attention while espousing somewhat similar ideas.

Croft said he hopes others reconsider their candidacies as well, to decide if their effort is helpful or if they are running for personal advancement.

“Anyone who says there is no ego in politics, it’s all about good governance, is lying,” Croft said. “There’s some amount of it just to put yourself out there. But we ought to temper that ego with the things we say we believe in.”

Croft filed his letter of intent with the state in December 2019 to run for Anchorage mayor. He said he was putting together a formidable campaign staff and doing well on fundraising. He said he saw polls showing him among the leaders in the race.

He said this is the first race he has ever dropped out of in his 25 years in Alaska politics. He served on the Assembly from 2016 to 2019.

“I don’t like doing this, but I couldn’t see a way that this worked well,” he said.