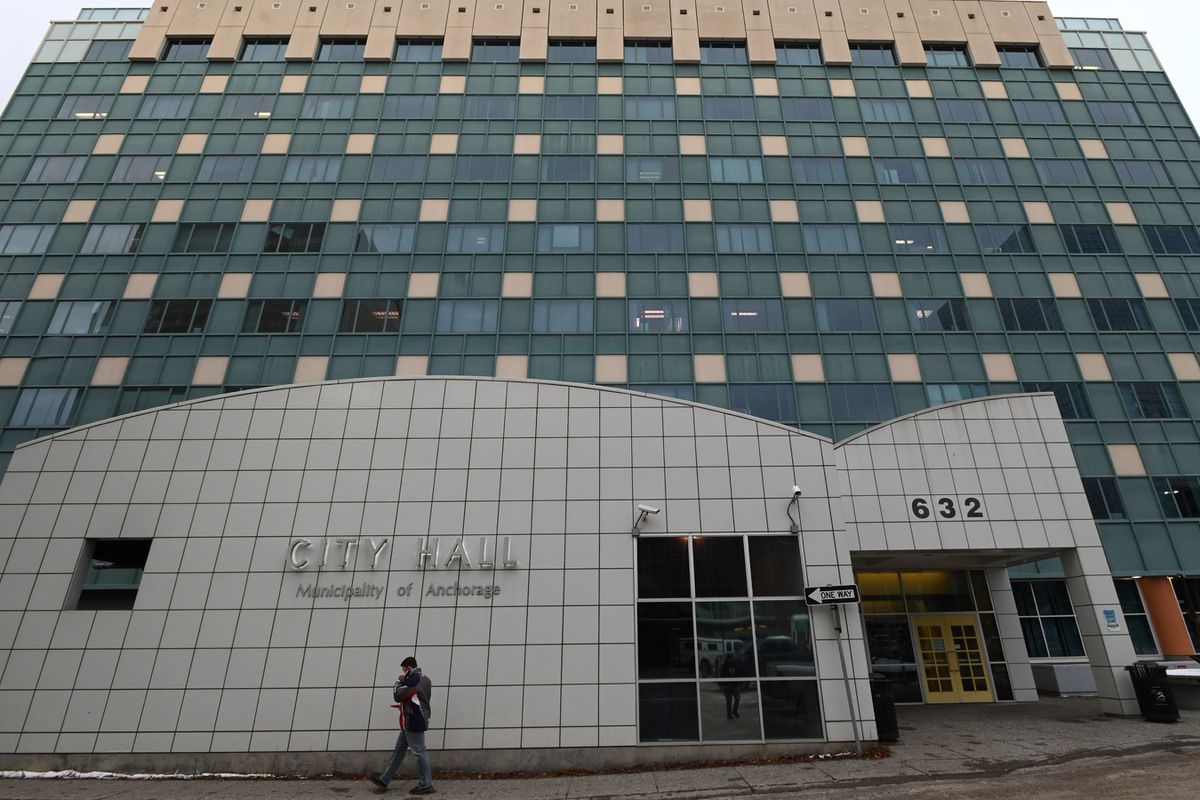 Anchorage’s next mayor will face a deep economic recession, a continued homelessness crisis, a divided electorate and an untold number of rippling impacts from the COVID-19 pandemic.

A crowded field means like-minded candidates will vie with each other for political donations, and they will have to reach voters during a time when most in-person gatherings are illegal.

“The reality is, the stakes are incredibly high,” said candidate George Martinez. “The stakes are high for Anchorage without us being smack-dab in the middle of a pandemic. We’ve already been a city on the cusp of transition.”

Despite the obvious challenges, 10 people are currently in the race and more could join. One of the better-known candidates, former Anchorage Assemblyman Eric Croft, dropped out of the race on Nov. 30, saying the crowd of moderates and progressives will cannibalize one another’s support.

Acting Mayor Austin Quinn-Davidson, who assumed the role after former Mayor Ethan Berkowitz resigned in October, said Wednesday that she does not plan on running for mayor.

The position, which is officially nonpartisan, has drawn candidates from across the political spectrum. While all 10 have filed a letter of intent with the state, the filing period with the city opens Jan. 15 and closes Jan. 29. The election is April 6, and mail-in ballots are sent out 21 days before.

The campaigns were outwardly quiet this fall, but with the November general election over, they are starting to engage with the public. Most are well-staffed, though some plan to run a low-budget effort with little or no staff.

Dunbar said he has hired some staff and plans to bring on others in the next few months. He said he has enough campaign money to last through April. He plans to run on a message of quality of life, continuing core services, public safety and fiscal responsibility.

“I think folks are going to be looking for stability and competence and experience, but also a vision for where we go after the pandemic,” he said. “How do we make this city continue to grow and thrive?”

Evans’ campaign is led by Republican political strategist Matt Larkin. He said he will run more of a digital campaign, leaning on methods like Zoom meetings and podcasts to get his message out.

Evans said city government is about getting things done, and in Anchorage, that’s addressing homelessness, crime, stimulating economic development and in the short-term, COVID-19.

He said most people in Anchorage are frustrated with the direction the city has been going.

“I think people just want things fixed,” Evans said. “Whether that comes from a conservative place or a more progressive place, I don’t think it matters as much.”

Candidates work to raise their profile with Anchorage voters

Bronson, a former U.S. Air Force and commercial pilot, announced his campaign in August as a contrast to the progressive leadership under Berkowitz. He has support in the Save Anchorage group, which has railed against the city’s response to the pandemic and pushed to recall Assembly members.

His campaign is being advised by Republican political strategists Bernadette Wilson and Art Hackney.

Candidates like Dunbar and Evans, having spent time in elected office, enter the race with a name-recognition advantage. Others, like Robbins, Martinez, Falsey and Bronson, are working to raise their profile with the citywide electorate.

Falsey — who on Dec. 1 left his job with the city to focus on his campaign — might be familiar to Anchorage residents, even if they don’t know it. As municipal manager, Falsey led the city’s emergency response to the 2018 earthquake and the COVID-19 pandemic.

“I have a challenge of letting people know that that ‘earthquake guy’ had a name, and it’s Bill Falsey,” he said.

Falsey said his experience shows he can deliver, he can manage a crisis and he knows the system. He said he will run on a platform of expanding affordable housing and economic development in the wake of the pandemic. He also wants to expand pre-K education.

Martinez, the director of leadership programs for the Alaska Humanities Forum, said he plans to run on a platform of public safety, economic development, homelessness and education. He said he wants to create more opportunities for people to get back into the workforce.

As a special assistant to Berkowitz on education, economic development, youth development and diversity, he said he’s done foundational work he can build upon.

Martinez said the high number of candidates and the increased attention from the public is good. It brings a diversity of voices to the election.

Robbins said because of the pandemic, the public had time on their hands to pay more attention to city government and city leaders.

“As a result of that, people began to identify things that they thought were not necessarily representative of what they wanted to see done in our city,” he said. “We encourage involvement, we encourage everyone to take an active part in what’s going on here.”

The Daily News was also unable to reach Kern. The phone number provided on his letter of intent form was disconnected and he did not provide an email address.

Godoy is running on a platform of fixing streets and sidewalks, increasing snow plowing and ridding the city of drugs and crime. He wants to better fund the police department. He also said he wants to lessen reliance on residential and commercial property taxation in Anchorage by applying for more federal grants and auditing city budget to find wasteful spending.

Colbry, who came in last in the 2018 Republican primary for governor with 416 votes, said he’s running because a lot of things aren’t being done right. He said he will largely have a word-of-mouth campaign.

“You can run a race without spending a lot of money,” he said.

Campaigns carry on despite COVID-19

Several candidates talked about having to rely on campaign efforts like drive-in rallies and virtual fundraisers during the pandemic rather than some of the more traditional, in-person events.

“I don’t think anybody is campaigning the same way today that they did yesterday,” Robbins said.

Dunbar said virtual fundraisers will be the standard for candidates who take the pandemic seriously.

“Until there is a vaccine, I don’t think there will be a lot of in-person events,” he said.

Some are still trying to meet in person. Herndon announced last week on her Facebook page that she was holding a meet-and-greet at Chilkoot Charlie’s, days before the city’s new “hunker-down” order took effect.

Herndon did not respond to requests for comment about her candidacy.

Bronson said he has had to adapt on a daily basis to the new mandates from the city and has no definite plan yet on how to deal with COVID-19 restrictions.

“We have meetings that are restricted now, restaurants are closed, businesses are shutting down, so our available locations to meet (and) have fundraisers is limited,” he said.

On Thursday night, days after Bronson was interviewed, he held an indoor fundraiser. Photos of the event shared on social media by political blog The Alaska Landmine show there were at least 20 people in the room, many not wearing masks, and consuming food and beverages, in violation of the city’s emergency order.

Bronson did not return a voicemail and text message seeking comment on the fundraiser.

To win the Anchorage mayoral race, a candidate must receive 45% of the vote, meaning a runoff after the election is likely.

Robbins said although he believes he can do that on April 6, he is prepared for a runoff. He encouraged voters to take a hard look at all the candidates’ ideas and qualifications, as Anchorage mayor is one of the most important jobs in the state.