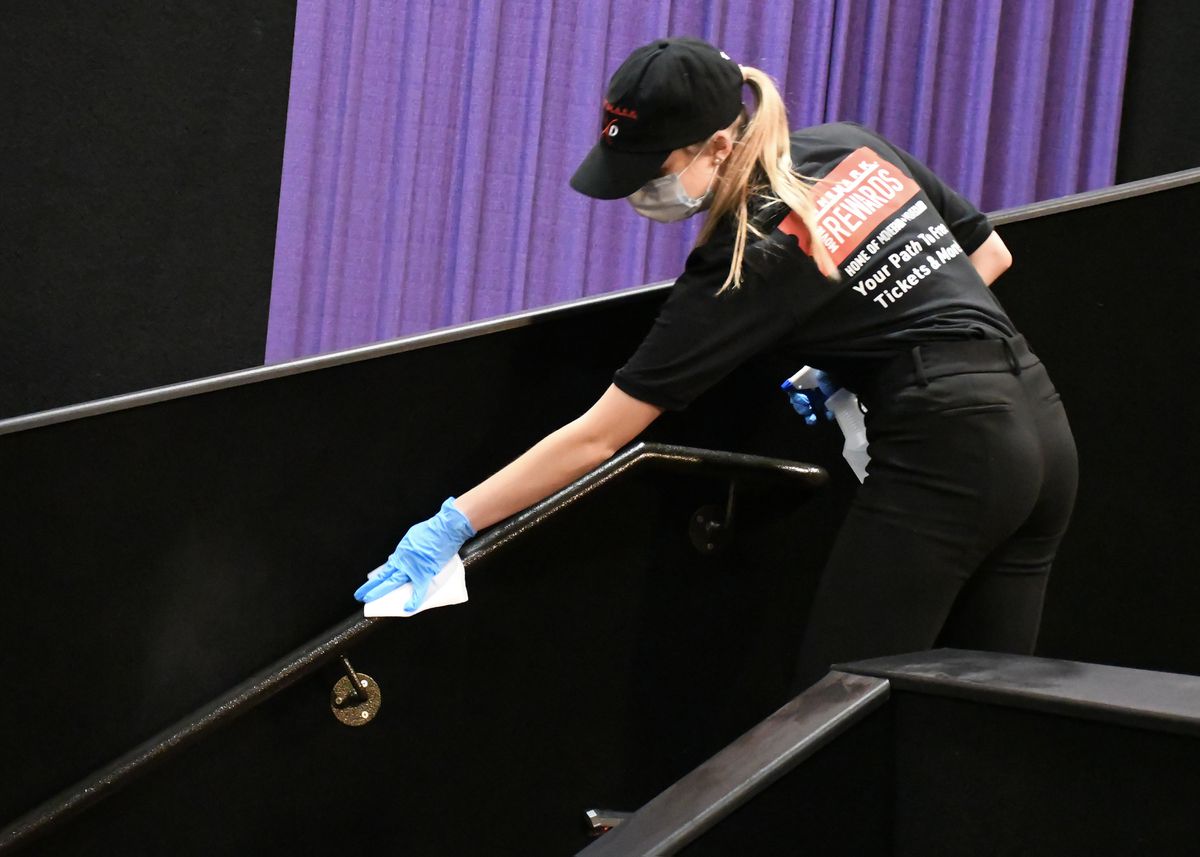 In a statement announcing the reopening of Anchorage's Century 16 movie theater on Friday, Jan. 1, 2021, Cinemark says its pandemic cleanliness and sanitation protocols include auditorium disinfections between screenings. (Photo provided by Cinemark)

In a statement announcing the reopening of Anchorage's Century 16 movie theater on Friday, Jan. 1, 2021, Cinemark says its pandemic cleanliness and sanitation protocols include auditorium disinfections between screenings. (Photo provided by Cinemark)

The Century 16 movie theater in Midtown Anchorage will reopen Friday after a monthlong closure of entertainment facilities citywide.

Cinemark, which owns the theater, announced the reopening in a statement Thursday.

“The theatre will once again reopen with greatly enhanced cleanliness, sanitizing and safety measures at every step of the moviegoing experience,” the company said. Those measures include auditorium disinfections between screenings, blocked seats between different parties and staggered showtimes.

The Municipality of Anchorage’s guidelines for theaters and entertainment facilities allow them to operate at 25% capacity starting Friday. City restrictions also require physical distancing between groups and mask wearing unless someone is eating or drinking, and businesses must maintain a guest log with records kept for at least 30 days.

Other theaters in Anchorage appeared to have no immediate plans for reopening to moviegoers: Regal Cinemas — with locations at the Dimond Center mall, the Tikahtnu Commons shopping center and on Muldoon Road — is keeping theaters closed nationwide and didn’t list any upcoming showtimes at those locations.

The Bear Tooth Theatrepub also hasn’t listed any in-person showtimes on its website, though it did recently announce virtual screenings of select independent and arthouse films scheduled over the next few weeks.

COMING SOON as Virtual presentations!! 😎🎬 We are still committed to bringing you some of the best art-house and...