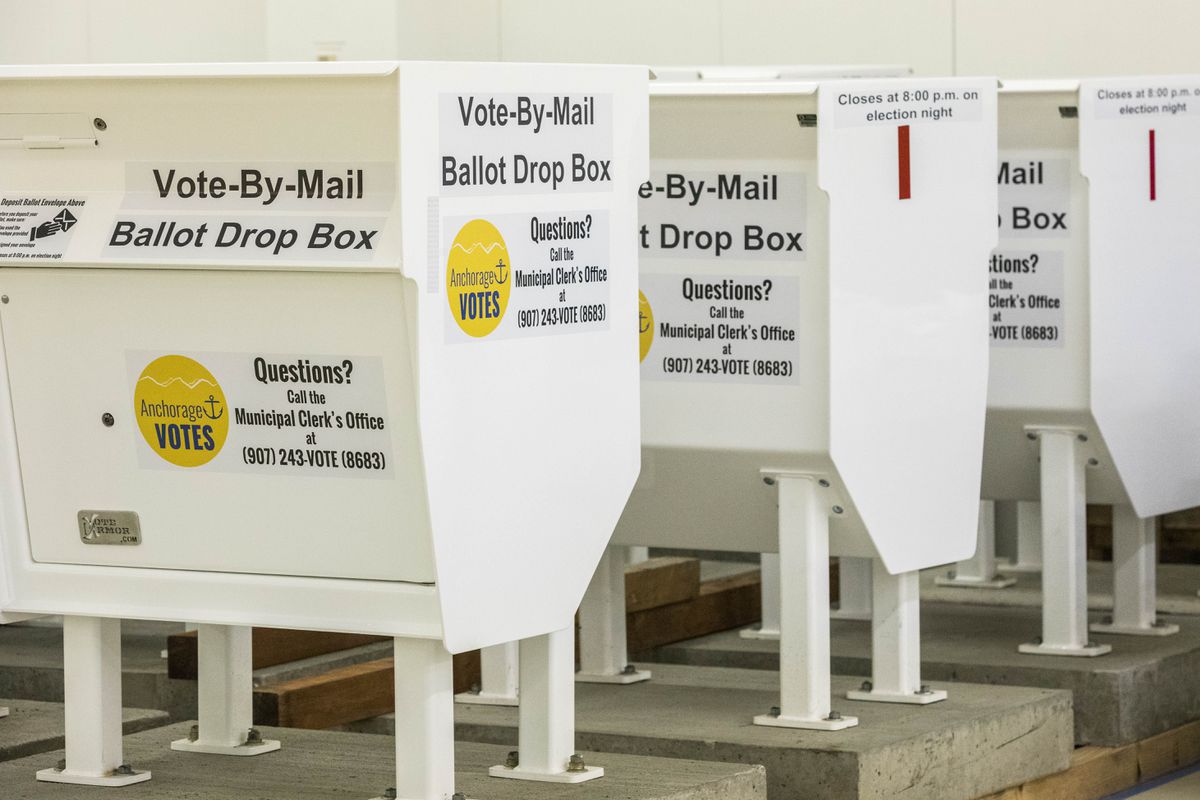 This spring, Anchorage will choose a mayor and four school board members.

To win the election, a mayoral candidate must get 45% of the votes, or a runoff vote will be held. With so many candidates, a runoff is likely to occur.

Acting Mayor Austin Quinn-Davidson on Wednesday told the Daily News she will not be running for mayor.

While some candidates have been affiliated with political parties and vary widely in their stances on issues like homelessness, the COVID-19 pandemic and city spending, the city’s elected positions are technically nonpartisan.

The Daily News will continue to update this list as more candidates file.

The mayoral candidates below are listed in order of filing date, per the city’s website. When applicable, a candidate’s campaign website is also listed below.

Evans is a former Assembly member who was elected in 2014 to represent District 6, which includes South Anchorage and Girdwood. Evans is a labor and employment lawyer and works with Alaska businesses.

Martinez is a program director for the Alaska Humanities Forum, a statewide nonprofit organization. He previously worked as a special assistant for former Mayor Ethan Berkowitz. Martinez has also been a proponent of local arts.

Falsey was Anchorage’s municipal manager and led the city’s emergency response to the COVID-19 pandemic until he left the job in December. While he was municipal manager, he helped organize the sale of Anchorage Municipal Light & Power to Chugach Electric, among other efforts.

Bronson is a former U.S. Air Force and commercial pilot. He’s a new face in local politics but has found a foothold with Save Anchorage, a group that has opposed the city’s COVID-19 emergency orders and other recent actions.

Robbins has lived in Anchorage for 45 years. He is a businessman and has served as Republican House District 26 chairman.

Dunbar is an Anchorage Assembly member representing District 5 and has held the position since 2016. He is an attorney, an officer in the Alaska Army National Guard and a former Democratic candidate for the U.S. House of Representatives.

Colbry ran for governor of Alaska in 2018 and lost in the Republican primary with 416 votes. Colbry previously told the Daily News that he plans to run mostly a word-of-mouth campaign.

According to Herndon’s campaign website, she is a fourth-generation Alaskan and has worked as a developer, construction project manager and in private equity placement.

Kern has made a bid for mayor in Anchorage more than once, most recently losing the 2018 race. He also ran in 2018 for governor but withdrew.

Update: A previous version of this list included Dustin Darden. He pulled out of the race on Jan. 26.

SCHOOL BOARD SEAT B

This seat is a one-year term. Board member Starr Marsett resigned from the seat, and whoever is elected will serve the remainder of her term, which runs through April 2022.

Lessens earned her Ph.D. from the University of Michigan. She is an Anchorage mother and co-founded a group called ASD60, which pushed for more time for nutrition and recess in schools.

Eledge is a retired longtime Alaska educator and recently president of the Anchorage Republican Women’s Club.

Hilde is running for reelection. She is the chair of the school board’s governance committee and recently pushed for kids to return to in-person school. Hilde is a mother of three young children in the school district.

Higgins has served several years on the Anchorage School Board, taking the office in 2008 and leaving in 2017. Higgins ran in 2018 as a Democrat to represent District 25 in the Alaska House of Representatives and lost.

Blatchford is an Associate Professor in journalism, communications, and Alaska Native studies at UAA. He has previously served as mayor of Seward and lost the Alaska Democratic primary in 2020 while running for a seat on the U.S. Senate.

Blakeslee works as a fundraiser for Teach for America, a national nonprofit, according to her candidate filing.

Graham is a retired educator who has worked in positions including teacher, principal and counselor, and is a former member of the Anchorage Education Association.

Wilson has worked with the Anchorage School Business Partnership program over the last 20 years, has three children in the school district and is a licensed therapeutic foster parent, according to her website. She is also on the Office of Children’s Services’ Resource Family Advisory Board and is a co-founder of AK Hopes & Dreams, which provides free youth leadership summits to students.

Sanders unsuccessfully ran for a District 4 seat on the Anchorage Assembly in 2018. He is a business relations coordinator for the Alaska Department of Labor in the Division of Vocational Rehabilitation. He has worked in the Anchorage School District and has served as a chaplain for the Anchorage Police Department.

Paulson is a resident of South Anchorage and a mother of three boys, two who have graduated and one who is still in the Anchorage School District. She has volunteered at her children’s schools and has worked as a teacher’s aide, according to a biography on her website.

Jacobs is an Alaska state employee and is currently president of the Alaska State Employees Association’s Anchorage Chapter. Jacobs has been a foster parent to more than 30 adolescents, according to his campaign website.

Blewett grew up in Alaska and is an East Anchorage resident. He coaches football at Bartlett High School and is the vice president of a local engineering firm, according to a biography on his website.

Nees is a former Alaskan Independence Party candidate for Alaska House District 22 who lost in the 2020 election. Nees is retired and was a teacher in the Anchorage School District.