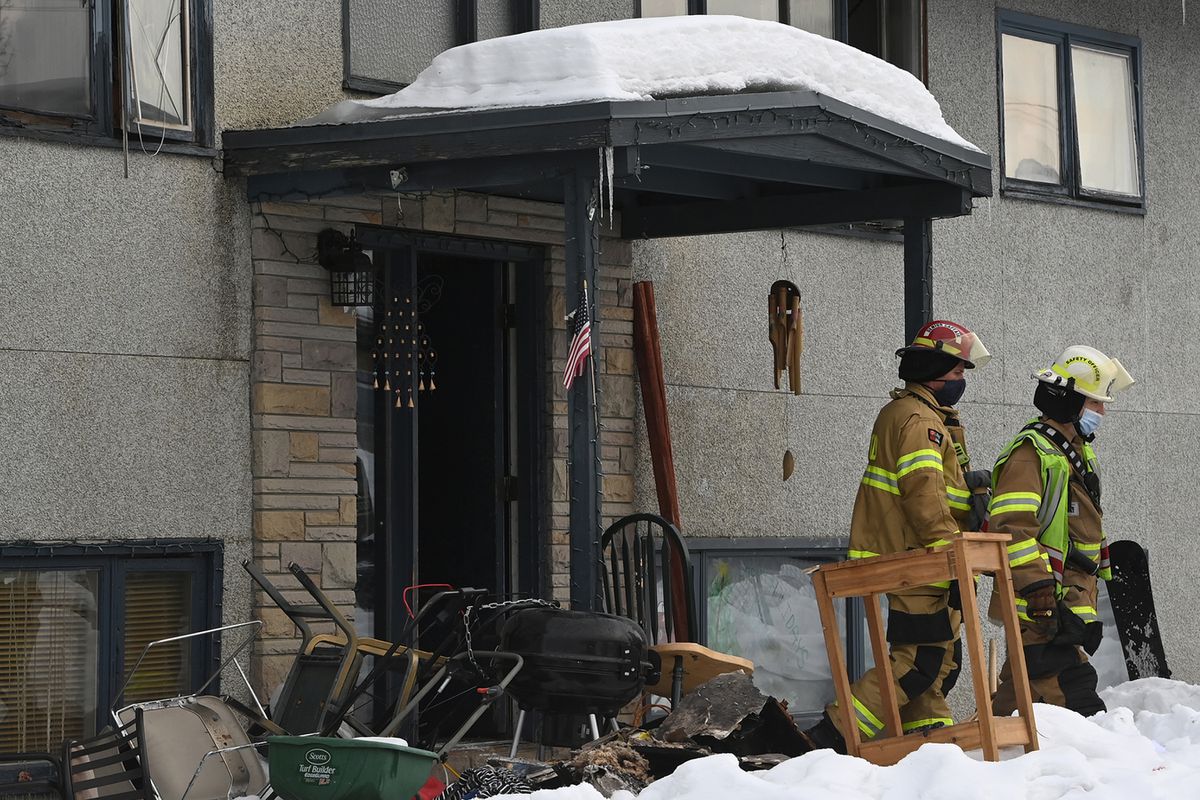 Anchorage firefighters responded to a structure fire at an eightplex on East Fourth Avenue on Tuesday. (Bill Roth / ADN)

Anchorage firefighters responded to a structure fire at an eightplex on East Fourth Avenue on Tuesday. (Bill Roth / ADN)

Three residents and one police officer were injured after a room caught fire in an apartment complex in Anchorage’s Russian Jack neighborhood Tuesday morning, a fire official said.

Fire departments were called to the eightplex apartment building near East Fourth Avenue and Bragaw Street around 10:30 a.m. and saw smoke pouring from the second floor, said Capt. Justin Mack of the Anchorage Fire Department. Firefighters rescued three residents who were trapped inside the building and Mack said all three were taken to the hospital.

A police officer with the patrol division attempted to enter the building to reach the residents before firefighters arrived, but the officer turned back because there was too much smoke, Anchorage Police Department spokesman MJ Thim said. The officer directed firefighters toward the apartment while he was backing out of the building, Thim said. The officer was brought to the hospital, where he was treated for smoke inhalation.

The fire was contained to one room, but Mack said the entire complex will likely be damaged by smoke.

A People Mover bus was at the scene Tuesday to provide a warm shelter for the building’s other residents, the fire department said in an online statement. Utilities were shut off during the firefighting operations, and Mack said it wasn’t immediately clear if residents would be able to return to the building on Tuesday. The Red Cross was on scene to help any displaced residents find a safe place to stay.

It was not clear what caused the fire, but Mack said the investigation is ongoing.