The Anchorage Assembly is debating whether to make requiring masks city code. How would that change the city’s mask mandate? 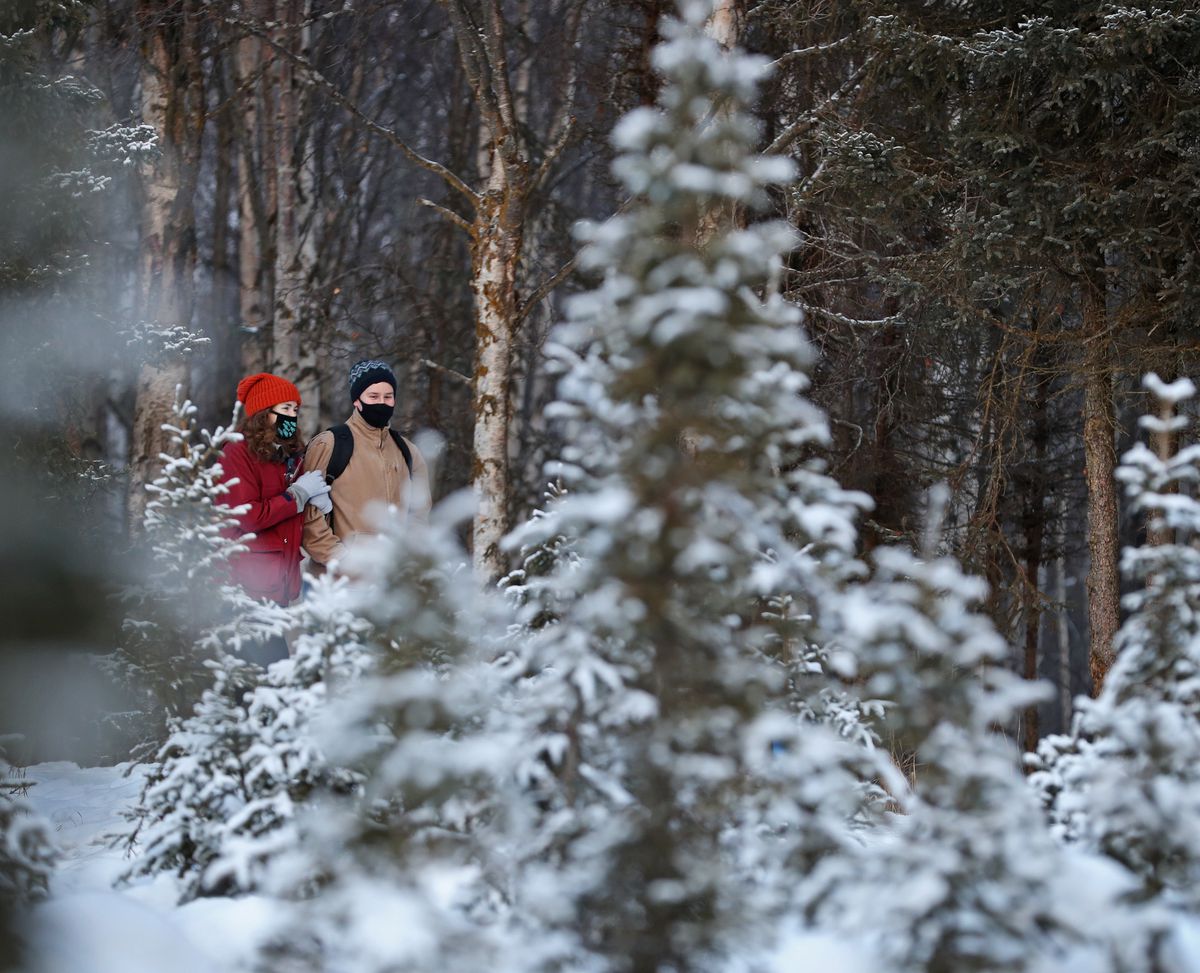 The Anchorage Assembly is weighing whether it should change the city’s existing COVID-19 emergency order that requires people to wear face masks in public into a temporary citywide ordinance.

If passed, a mask ordinance would essentially keep the same mask law in place.

The current mask mandate is an emergency order, which is a temporary law. It can only be enacted by the mayor during a state of emergency and is only in effect as long as the emergency lasts. The Anchorage Assembly has declared and renewed its state of emergency repeatedly since March of 2020.

The possible mask ordinance comes as the Anchorage Assembly considers how best to move forward as the pandemic eases and vaccines become more widely available. Local economic and health experts agree that keeping a mask mandate in place in Anchorage for now is key to keeping the virus in check and helping the city’s economy recover.

“We definitely feel that it’s important to have a mask mandate in place, particularly since we don’t have a mandate at the state level, we really need to have it locally within Anchorage,” said Dr. Janet Johnston, epidemiologist with the Anchorage Health Department.

Also, even if they support wearing masks, some Assembly members say putting the mask mandate into an ordinance could tie the mayor’s hands while creating an unnecessary, lengthy process.

Assembly member Chris Constant during the work session last week said it could create a “burdensome bureaucratic process,” making it more difficult to make changes to the possible ordinances or to repeal them.

[Are you eligible but still waiting for a COVID-19 vaccine? Here’s where you can get an appointment this month]

“I don’t want to see a mask order last one second longer than it needs,” Constant said.

Looking beyond a state of emergency

The sponsors of the mask ordinance, Assembly members Meg Zaletel, John Weddleton and Suzanne LaFrance, say it could be a way for the Assembly to bring stability as the city eventually transitions away from a state of emergency.

The current emergency orders can be revoked by the mayor or the Assembly, and also end if in the city does not renew its emergency proclamation, which currently runs through April 16.

Currently, the mayor can swiftly make changes to the mask mandate and other pandemic emergency orders, Constant said.

“For my part, it’s a high bar to support any of this, because I don’t see the value or the appropriateness of substituting our collective judgment for that of an executive who has the right to do this,” Constant said.

Weddleton said that the proposed mask ordinance could be undone within one day if the Assembly passed an emergency ordinance repealing it temporarily. It could then be permanently repealed through the normal legislative process.

[Evidence mounts that coronavirus variants can cause reinfections]

“We recognize we’re not in the clear yet and there would be advantages to keeping some of the rules and flexibility that we have while in the state of emergency,” LaFrance said. “And right now we don’t have any option but to either continue the emergency declaration or end it.”

Few changes on the ground

Weddleton said at the meeting that the biggest difference between the mask law being an order and an ordinance is that instead of it being handed down by one person — the mayor — it would go through the Assembly’s normal legislative process, with a period for public input and Assembly members then deciding whether to tweak the law with amendments, and then whether or not to pass it.

“I would fully expect, as we move forward, that the starting point — which is in front of us now — will be very different from where we end up,” Weddleton said of the proposed ordinance.

Still, member Jamie Allard said the Assembly already held a legislative process when deciding to extend the emergency declaration and give the acting mayor special powers. Removing or changing an ordinance could take weeks or months, she said.

“And that’s kind of a slap in the face to our community, and it takes away from what our acting mayor should and should not be able to do,” Allard said. “So maybe sometimes I disagree with things — and we all do at times — but I still wouldn’t want to step on the mayor or the acting mayor’s role at what we as the body majority have agreed to allow.”

Carolyn Hall, spokeswoman for the acting mayor’s office, said in an emailed statement that the mayor’s administration is “pleased to hear the sponsor intends to postpone a vote on the mask order ordinance.”

“We believe that the Assembly should spend more time considering whether the mask order is appropriate as an ordinance as compared to an exercise of emergency powers,” Hall said.

Another key factor the Assembly is weighing is that a new mayor will take office July 1.

Before then, the Assembly could choose to continue the emergency declaration and the mayor’s special powers or end the declaration. Zaletel said the looming transition could be another reason why the Assembly should take control of the mask law.

“It won’t just be COVID-19 that a new administration has to come in and learn or get situated with, it will be all of the things that come with being the executive and running the executive branch of the government,” Zaletel said.

Turning some emergency orders into ordinances “is a reasonable backstop to a significant transition,” she said.

How long should a mask law last?

Currently, the mask mandate can be enforced through law enforcement or civil penalty, according to municipal attorney Kate Vogel. “Similarly, an ordinance could specify how it would be enforced,” she said.

Masks have been shown to help control the amount of coronavirus cases, Johnston with the Anchorage Health Department said.

“From studies nationally and around the world we know that masks work,” she said.

Some people wear masks because they are effective while others wear masks only if they are told to, she said.

“They want to comply, and they may or may not believe that they’re effective, but they will go along with the mask mandate. So from that standpoint, it’s very important,” she said.

The Assembly has placed a 1.5-hour time limit for public testimony on the possible ordinance. Lengthy public testimony is expected at the meeting and the Assembly will likely continue the discussion and public hearing into a future meeting, Assembly Chair Felix Rivera said. The Assembly is unlikely to make a decision Tuesday.

Allard has staunchly opposed the mask mandate and the emergency declaration.

“My concern is that we really aren’t doctors, and it’s not our duty to be doctors, we need to step back and understand the duties that we have for the community and allow them to make choices that best work for them,” Allard said during Friday’s work session.

“People are willing to participate more in the economy when the risk of infection is lower, and masks meaningfully reduce the risk of transmission,” he said. That, in turn, helps businesses stay open, he said.

From a public health perspective, even as the vaccine rollout continues, Johnston said that masks will likely be necessary for quite some time, until a state of “herd immunity” is reached. With new, more contagious variants proliferating in Alaska and uncertainty over whether vaccines affect transmission, that could mean 70% to 85% of the population would need to be vaccinated.

Masks are likely to be necessary “at least through the summer into the fall,” Johnston said.