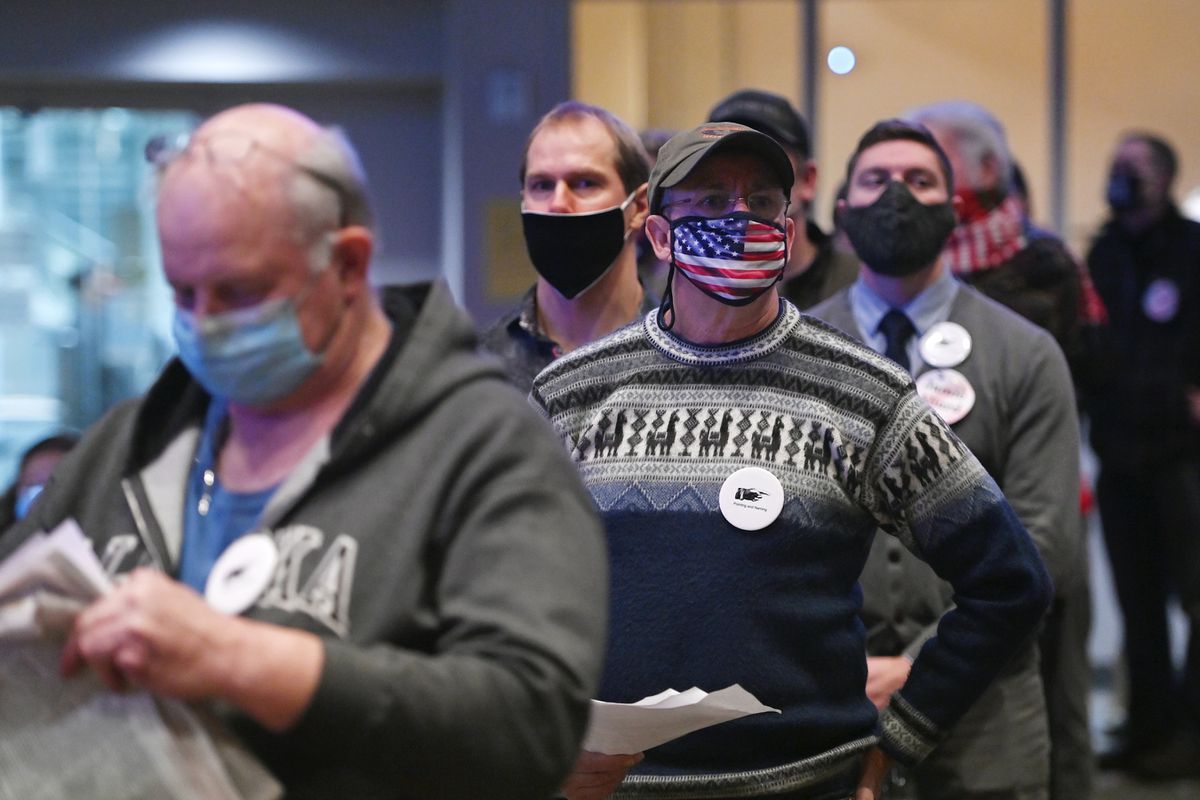 The Anchorage Assembly voted unanimously to indefinitely postpone a proposed ordinance that would have required people to wear face masks in public.

A mask law in the city is still in place under the city’s existing COVID-19 emergency order, a temporary law enacted by the mayor during a state of emergency.

The proposed ordinance would have essentially kept the same mask law in place by replacing the emergency order, and making the mask law the Assembly’s responsibility instead of the mayor’s.

Since March, the Assembly has repeatedly renewed its declaration of emergency in the city, and members had recently been deliberating how to shift the city away from its state of emergency as the pandemic eases.

The ordinance’s sponsors — Assembly members Suzanne LaFrance, John Weddleton and Meg Zaletel — have said that the ordinance likely would have included a time limit.

“We have a mask law now — we do,” LaFrance said just before the vote. “But clearly, the will is not there to put it through the public process and move it through the legislative process.”

The Assembly heard an hour and a half of public testimony on the measure. Testifiers spoke by phone and in person, and overwhelmingly spoke out against the ordinance.

One woman testified by lighting a face mask on fire in the Assembly chambers. The fire was quickly put out by the woman and with the help of a security guard. There were frequent outbreaks of applause from the audience during testimony, despite Assembly chair Felix Rivera’s repeated requests for people not to do that.

Following testimony, LaFrance said that the sponsors’ intent was to make the ordinance temporary, putting it through a public legislative process that allows time for amendments and improvement of the ordinance.

“I don’t understand why so many people here object to the process that we’ve — that people have been asking for,” she said.