Anchorage police chief out of the running for San Jose job 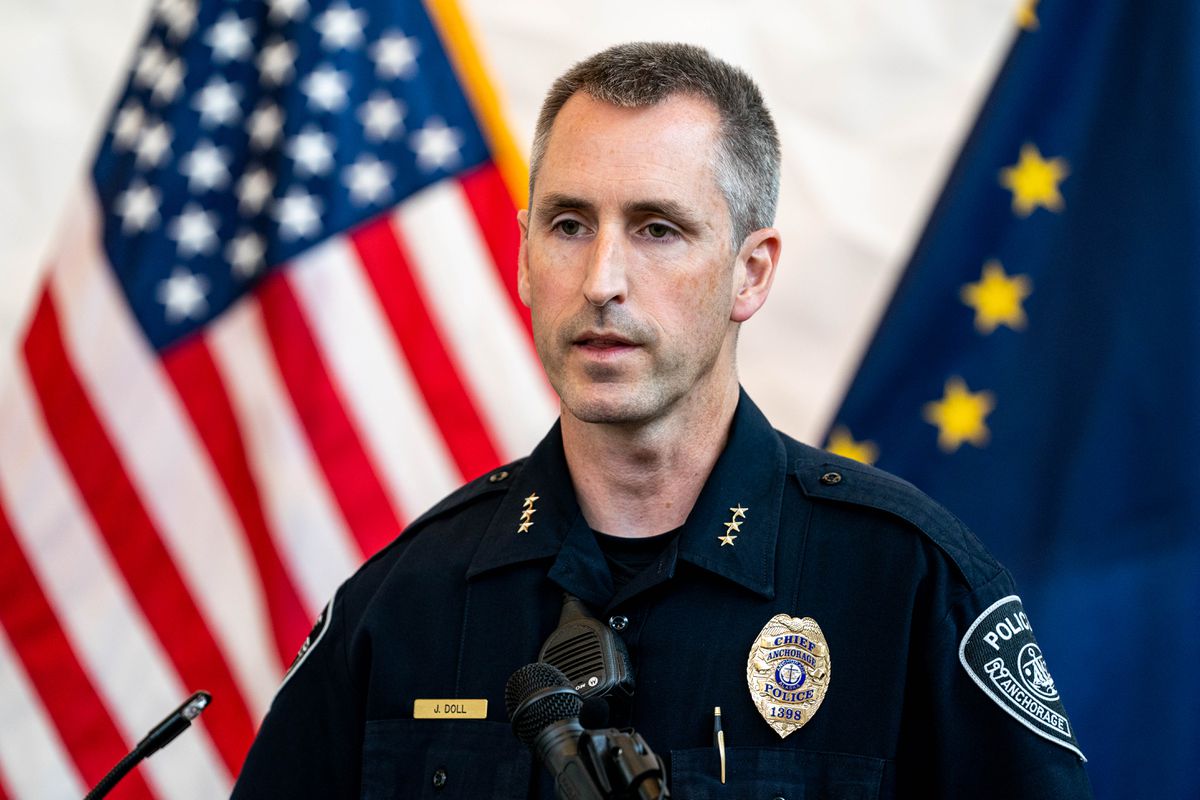 Anchorage Police Chief Justin Doll is no longer in the running for a job with a California police department.

Doll announced earlier this month that he plans to retire after a 25-year career with the Anchorage Police Department. The city of San Jose, California, announced on Feb. 9 that Doll was one of seven candidates who would interview to become police chief there.

As part of the interview process, Doll participated in a public community forum on Feb. 13, where he answered questions about racial bias in policing, accountability and disciplinary issues, community engagement and other topics. More than 50 community members interviewed the candidates, according to a memo from the San Jose city manager.

Four finalists were announced Monday, but Doll was not among them.

“I was honored to be considered as a candidate for Chief of Police with the San Jose Police Department, and I sincerely wish them success with their search,” Doll said in an emailed statement Monday. “Although I will not be moving on to San Jose, I still intend to retire after nearly 25 years with APD at the end of June.”

A new Anchorage police chief has not yet been announced by Acting Mayor Austin Quinn-Davidson.

Doll has been chief since 2017 and replaced Chief Chris Tolley, who retired less than two years after stepping into the position.