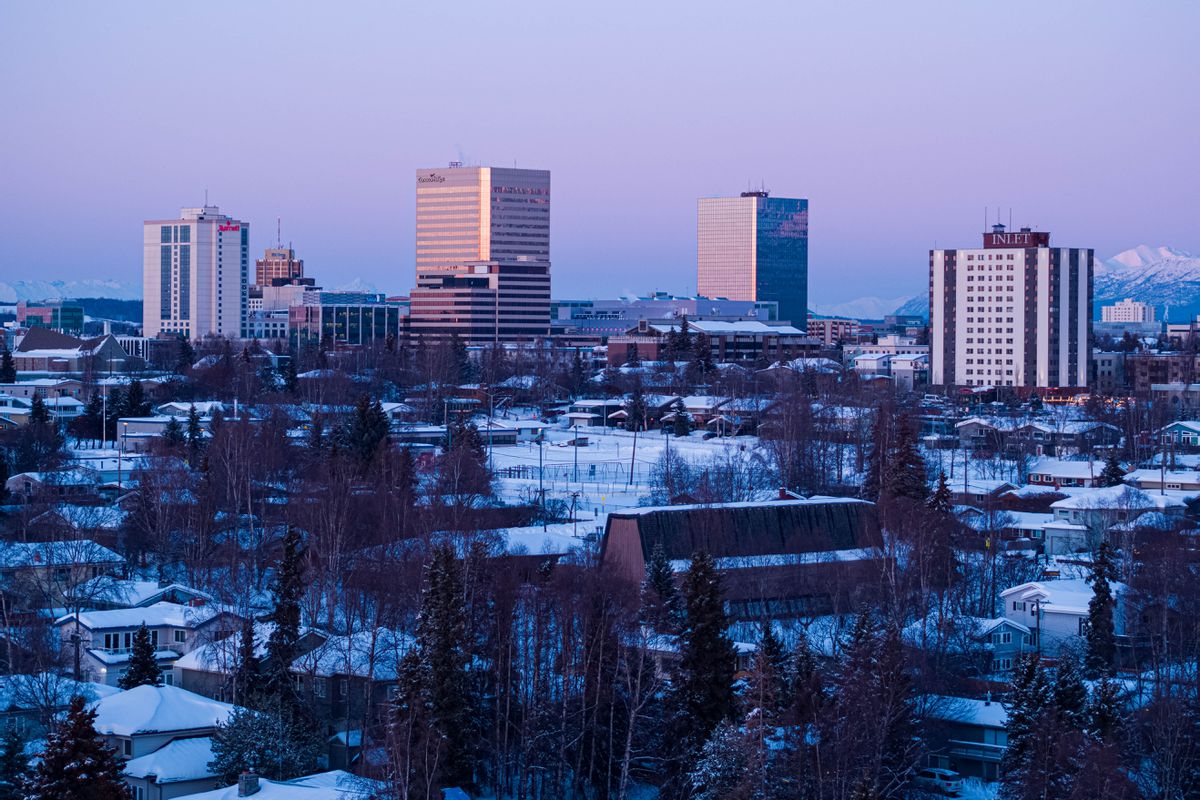 The Municipality of Anchorage will lift its COVID-19 capacity restrictions on businesses and ease gathering size limits under a new emergency order that takes effect Monday morning.

Citing a decline in cases and an increasing share of Anchorage residents who are vaccinated, city officials said Thursday that the order lifting certain restrictions further opens up parts of the city while maintaining key public health protections. They emphasized that continued vigilance this spring will hopefully amount to a more normal summer.

Masking and social distancing requirements will remain in effect. Emergency Order 19 requires that individuals wear a face covering or mask in public, including outdoors when social distance can’t be maintained, and to stay at least 6 feet apart from people outside their household when possible.

“We all know that this pandemic will not end overnight, or with the stroke of a pen,” Acting Mayor Austin Quinn-Davidson said during a community briefing Thursday afternoon.

She said the city has “come a long way since March” when officials were “building the plane as they were flying it.”

“Now we need to land the plane safely. The best way to ensure we can all experience a more normal summer is by keeping a lid on COVID-19 this spring,” Quinn-Davidson said.

As of Monday, there will be no capacity restrictions on retail and public-facing businesses, but they must operate in a way that allows customers to stay 6 feet apart from others outside their households.

The new emergency order goes into effect on Monday at 8 a.m.

• Capacity restrictions are lifted for bars and restaurants, but masks are required when not eating or drinking and there must be a 6-foot distance between groups of patrons.

• Entertainment facilities like theaters can also operate at full capacity as long as people wear masks and there is a 6-foot distance between groups.

• Gyms and fitness centers can operate at full capacity, though masks and social distancing are also required.

The acting mayor’s announcement comes a little more than a week after a push from a few Assembly members to rescind all the city’s emergency orders that currently restrict capacities at businesses, as well as the order requiring masks in public. That push was voted down by the Assembly at its last meeting, but several members said although they voted against it, they want to see the restrictions lifted as soon as possible.

The Assembly did rescind one part of the previous emergency order’s stipulations for organized sports, which required ice sports participants to get a negative COVID-19 test before competing indoors.

Still, under the new emergency order, there is a testing requirement: Anchorage sports competitions that include teams from outside the municipality, as well as indoor wrestling competitions, are allowed if participants get COVID-19 tests before competing.

[Fur Rendezvous continues through weekend, a dash of Anchorage normalcy after a difficult year]

Janet Johnston, epidemiologist with the Anchorage Health Department, described the changes made in the new order as “incremental.” While there’s still a high level of virus transmission happening within the city, it’s much lower than in November and December, Johnston said. She said she believes that as more people continue to receive a vaccine, they will feel more comfortable going out in Anchorage.

COVID-19 case rates in Anchorage are roughly similar to what they were back in early fall, which preceded a major spike in cases and threatened to overwhelm the city’s health care capacity as a lack of staff left few intensive care unit beds available.

What makes this moment different, Johnston said, is the advent of a COVID-19 vaccine that has been administered to most front-line health care workers. Additionally, a majority of seniors have been vaccinated in the municipality, which may reduce the number of people vulnerable to severe illness and potential hospitalization, she said.

“Usually when we let up on restrictions, we will see some increase in cases. The increasing vaccine coverage should help with decreasing cases,” Johnston said. “So we’re hoping that in the short term that will balance out, and over the long term, start to bring the cases down.”

So far in Anchorage, 65,689 people have received at least their first dose of the vaccine.

The vaccine was also a factor that played into the decision to lift the 50% capacity limit on schools as part of the new order, Quinn-Davidson said. The original limitation was instituted last November, when cases were climbing and vaccines had not yet landed in Anchorage.

“Now, we’re in a very different place in our community, kids have been going back successfully,” she said.

Officials said they expected the Anchorage School District to comply with Centers for Disease Control and Prevention guidelines for classroom safety.

While specific capacity limitations were lifted on restaurants, spacing is still required, as are masks when not eating or drinking, said Municipal Attorney Kate Vogel. The new order gives businesses more flexibility, but the order can still be enforced, Vogel said.

“The thing that is guiding the capacity limitation is just going to be that same need that we’ve had for months now, to keep different groups of customers 6 feet away from each other,” Vogel said.

Sarah Oates, president and CEO of the Alaska Cabaret, Hotel, Restaurant and Retailers Association, said that the removal of the time restriction on alcohol service will be a big help, especially to bars with traditionally late-night crowds that have been struggling.

Still, Oates expects the removal of capacity restrictions to have less of an impact, though it will help the businesses, she said.

“I think the number of businesses who will have significant increases in their capacity will be very small,” she said.

The social distancing requirement limits some smaller restaurants and bars to just a few tables.

Robert Kilby, a co-owner of 907 Alehouse, recalled the city going into lockdown around St. Patrick’s Day last year and having to cancel the bar’s planned celebration and concert.

This year, the corned beef and cabbage is back on the menu, though there will be no live music, he said.

”It’s a much better place than we were a year ago, so nothing but positive vibes and hopefully, hopefully by the summer we’re able to have some concerts again,” Kilby said.

With the social distancing requirements, 907 Alehouse will be operating at about 80% capacity, he said. The restaurant can again serve patrons at its bar, but Kilby said he expects it to be some time before the party atmosphere that the place once had returns.

Still, the mayor’s announcement felt like a positive step in the right direction, he said.

“I would hope that this just continues in this direction and we don’t have some kind of setback,” he said.

Despite the decline in case counts and increase in population vaccinated, city health officials underscored their concern about emerging COVID-19 variants that have been shown to be more transmissible than more common strains already circulating in Alaska. They noted the importance of testing and quarantining after travel.

“We’ve come so far, and I know many are tempted to throw up their hands and prematurely and declare victory,” Quinn-Davidson said. “Let’s not make that mistake.”