Here’s how to make sure your ballot is counted 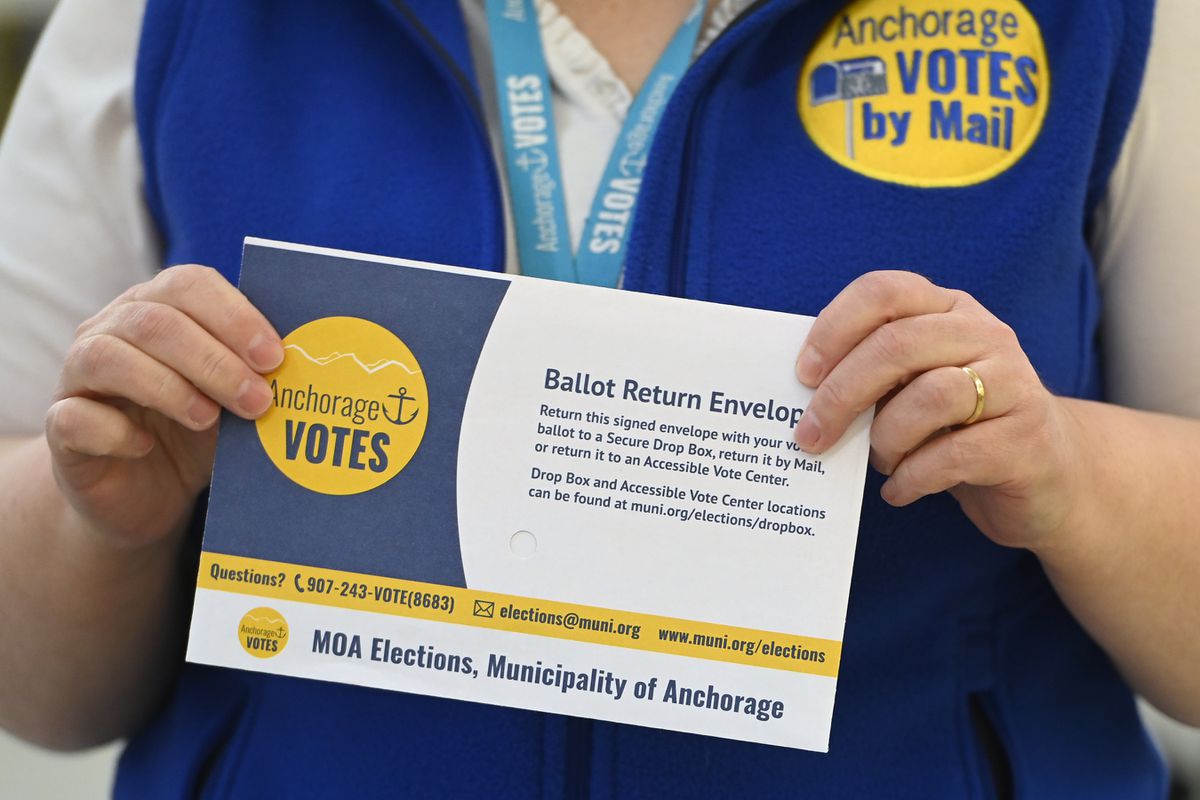 This is the fourth year that municipality residents will vote by mail since the city adopted the system. The first vote-by-mail election was held in 2018.

Anchorage voters will elect a new mayor this year along with four school board members. There are also 11 propositions on the ballot, including several bonds. Voters can choose from 15 different mayoral candidates along with multiple school board candidates.

Because there are so many candidates for mayor, a runoff election is expected. To win the election outright, a single candidate must earn more than 45% of the votes cast. If that doesn’t happen, a second round of election ballots will be mailed out for the runoff on May 11.

[2021 Anchorage municipal election guide: Detailed Q&As with candidates for mayor and School board]

Although Anchorage uses a vote by mail system, residents actually have several options for voting. Here are some tips about how it works, when and where to vote, and how to make sure your vote is counted. There is also a host of answers and information on the municipal election website.

How can I vote?

It’s too late to register to vote in this election, but voters who have already registered have several options. You can vote in person at one of the city’s three vote centers, you can vote by mail, or you can vote by fax or email.

Applications to vote by fax or email must be received by the Municipal Clerk’s Office by March 30 at 5 p.m. Call the voter hotline (907-243-8683) or email for an application at Elections@AnchorageAK.Gov.

How do I vote by mail?

If you have registered to vote with the state and are an Anchorage resident, you should have received a ballot package in the mail. Make sure the address with your voter registration is up to date.

The ballot package contains three important things — the actual ballot, a security sleeve to protect your privacy as a voter and an envelope for the ballot.

To vote by mail, first fill out your ballot by coloring in the ovals next to the candidate you want to vote for with blue or black ink. The machine that scans the ballots cannot read red ink, and this creates extra work for the election workers.

Where and when can I vote in person?

The Eagle River vote center will have only Chugiak-Eagle River ballots.

The vote centers are open on:

What do I do with my ballot?

You can drop it into one of the 18 secure ballot drop boxes around the city. The locations are listed on the municipality’s elections website.

Or, send it by mail. Just be sure to send it in the signed return envelope that you received with your ballot.

What should I do if I don’t receive my ballot, if I lost my ballot or if it is damaged?

If this happens, don’t worry -- you can still vote. You can call the voter hotline at 907-243-8683 to request a new ballot. You can also vote in person at one of the three vote centers, where you’ll get a ballot.

What if I forgot to sign my ballot envelope?

The city will notify you by mailing a “cure letter” if you did not sign your ballot envelope, or if your signature was challenged or could not be verified, according to Erika McConnell, deputy municipal clerk.

You’ll have up to 10 days after election day to complete the authentication process laid out in the letter.

When will we know the results of the election?

While the elections team begins processing envelopes and ballots 7 days before election day, there will be no vote results until about 8:30 p.m. on election day.

This year the city has made a change to its code that allows for more time for overseas ballots to be counted, McConnell said. That means the total results could change each day until the Assembly certifies the results.

A ballot from an overseas voter that is postmarked by election day can now be received and counted 10 to 14 days after the election, up through the day of vote certification, she said.

The Anchorage Assembly is set to take up the certification of the vote results on April 20th, according to the elections calendar.

How do I know that my vote was counted, and how is the city protecting against election fraud?

As long as your mail in ballot is postmarked by election day — it must be postmarked by April 6 — it should arrive on time to be counted. If you’re voting from overseas, you have extra time this year for your ballot to arrive and be counted.

If you envelope has been processed, that means your ballot has also moved on for processing.

The municipality uses an envelope signature verification process and issues 9-digit ID numbers for each ballot package, and both are stringent protections against voter fraud.

ID numbers help stop multiple ballots from the same person from being counted. Signature verification of ballot envelopes weeds out those that have been signed by someone other than the voter the ballot was intended for.

Even when a second ballot or third ballot is issued to an individual, just one of the ballots will count if more than one is returned, McConnell said.

Attempting to vote more than once is a criminal action, she said.

“We intend this year to provide to the municipal prosecutor instances where we have concerns that the law may have been broken,” she said.

If you choose not to vote, don’t just throw away your ballot and envelope. You should first tear it up or shred it, said municipal clerk Barbara Jones.

They don’t want people “just to throw it in the trash” because someone else could attempt to use it for “nefarious purposes,” Jones said.

If you receive a ballot at home for a person that doesn’t live there, write “return to sender” on the ballot package and put it in the mail, she said.

The municipality then notifies the state that the voter’s address was undeliverable in the registration database, Jones said.