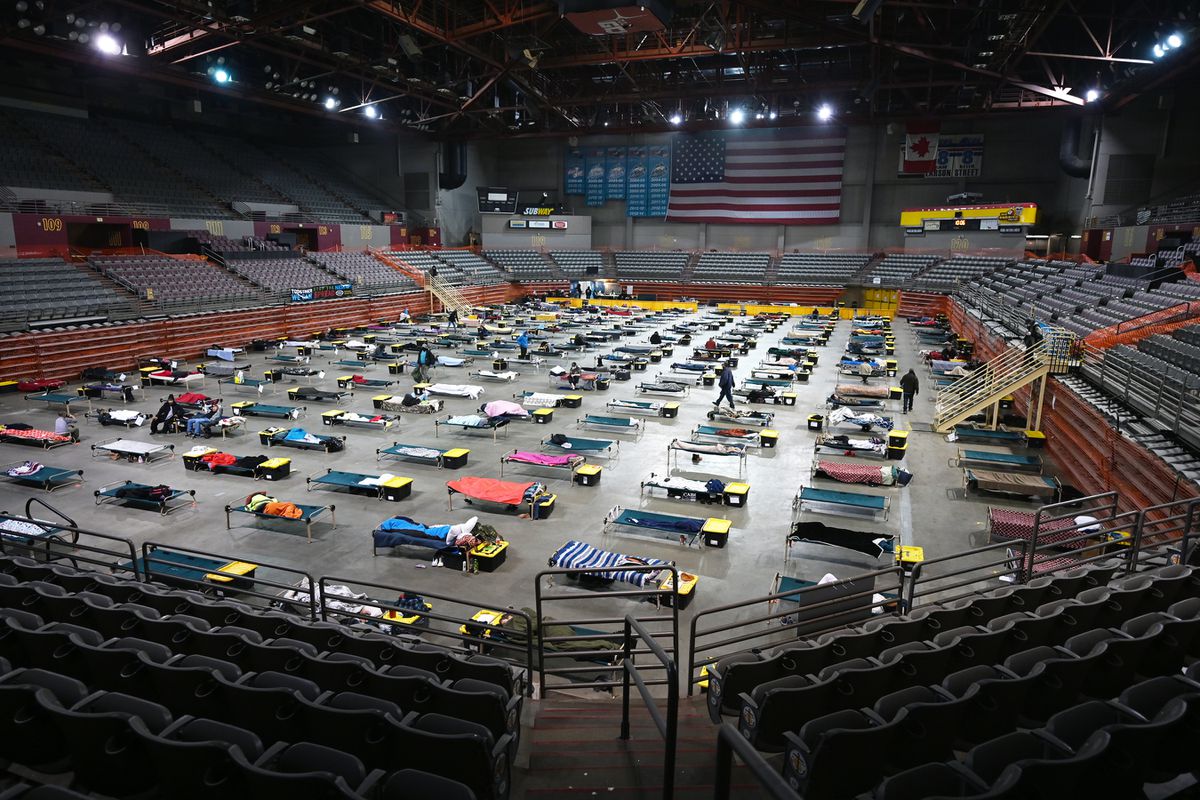 Banners from the defunct Alaska Aces hang near the American flag in the Sullivan Arena on Wednesday, Feb. 24, 2021, where Bean's Cafe has operated a mass emergency shelter for a year. (Bill Roth / ADN)

Banners from the defunct Alaska Aces hang near the American flag in the Sullivan Arena on Wednesday, Feb. 24, 2021, where Bean's Cafe has operated a mass emergency shelter for a year. (Bill Roth / ADN)

The Anchorage Assembly on Tuesday will consider a resolution requesting that the acting mayor’s administration come up with a transition plan for the emergency homeless shelter at the Sullivan Arena.

Last year, the city’s Emergency Operations Center implemented a mass shelter at the Sullivan Arena for people experiencing homelessness during the COVID-19 public health emergency. The funding for that comes from the Federal Emergency Management Agency, and it runs out Sept. 30.

[A year in, Sullivan Arena may be the biggest mass homeless shelter in the nation. What happens next?]

The resolution requests that by April 15, the acting mayor “develop and provide a plan for transition and demobilization of the congregate and non-congregate mass shelter locations.”

The resolution asks that the current and the coming mayoral administrations report to the Assembly on the transition plan every two weeks through October.

A new mayor will be elected this spring and take office on July 1.

A plan needs to be underway well before a new mayor takes office, said Assembly member Christopher Constant, a sponsor of the resolution along with member Meg Zaletel.

The city must begin to seek alternative housing options for people who need help, rather than the emergency mass shelter system.

The resolution is a conversation starter, Constant said.