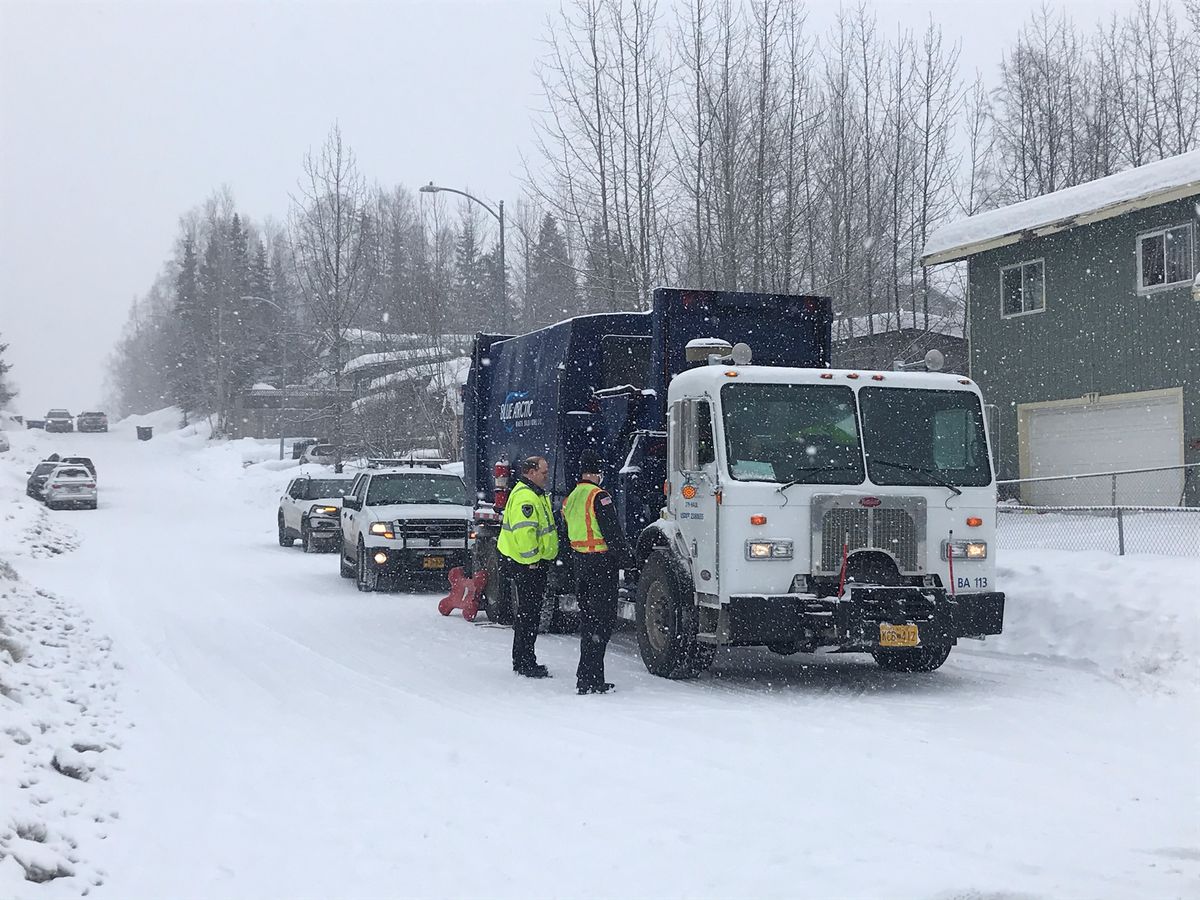 A man died after being struck by a garbage truck in East Anchorage early on Thursday, March 25, 2021, police said. (Tess Williams / ADN)

A man died after being struck by a garbage truck in East Anchorage early on Thursday, March 25, 2021, police said. (Tess Williams / ADN)

A garbage truck driver died before dawn Thursday when he was struck by his sliding truck on a snow-covered residential street in East Anchorage, according to police.

Officers were called to the 5200 block of Caribou Avenue at 7:11 a.m., said Sgt. David Noll. A bystander attempted to resuscitate the driver but he was pronounced dead when first responders arrived, Noll said.

The accident occurred after the truck’s arm was unable to lift a garbage bin because it was frozen in place, police said in an online statement. The driver was working alone that morning, said police spokeswoman Renee Oistad.

“The driver exited the truck, and was standing next to it, when the unoccupied garbage truck began to slide on the ice,” police wrote. “The truck’s extended arm knocked over the driver who fell underneath the garbage truck as it was sliding.”

Police have not identified the driver, but Chelsea McDonald, an administrator at Blue Arctic Waste Solutions, described him as a longtime employee at the company.

“He was an employee that was very valued and dedicated to the company,” she said. “It was tragic, that’s for sure. Unforeseen.”

The truck remained parked at the bottom of a hill near Caribou Avenue and Davis Street later Thursday morning. Officials from the Alaska Department of Transportation and the federal Occupational Safety and Health Administration worked alongside police as snow fell.

The road remained closed into the afternoon as the investigation continued.