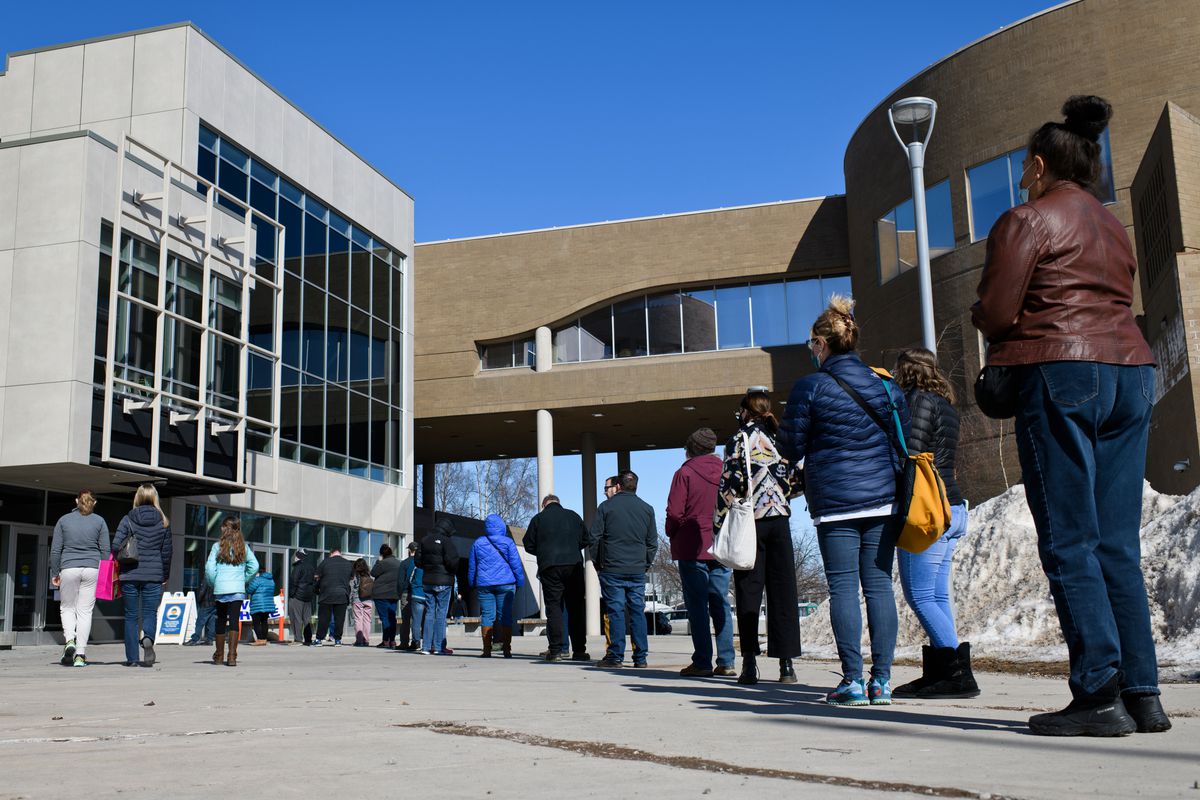 Anchorage residents formed a long line to vote at the Loussac Library on Tuesday afternoon, the last day to vote in the city election. On the ballot: mayor, four of seven Anchorage School Board seats, a recall vote on one Assembly member and several bond propositions.

The line circled the library’s lobby, extended into the Assembly chambers and stretched out the library’s doors and along the sidewalk, spilling into the parking lot by 4 p.m.

Poll workers said that they were surprised by the number of people opting to vote in-person instead of by mail.

“It’s been a little hectic,” said Peggy Robinson, co-chair for the vote center at the Loussac Library. “We did not expect this.”

Some voters at the library said they waited an hour and a half before making it into a voting booth.

The election is set up to be primarily vote-by-mail, but the city offers in-person voting options at the municipality’s three vote centers, at the library, City Hall and Eagle River Town Center.

The vote center has been open since March 29, and saw a steady number of voters each day until the surge on Tuesday, Robinson said.

Voter turnout last week had been on track to be one of the lowest since the city switched to the vote-by-mail system in 2018. But a rush of ballots over the weekend has voter numbers up, according to McConnell.

By the end of the day Monday, the elections center had received 45,726 ballots, McConnell said, a few thousand more than it had received by the same time before election day last year.