Windy evening ahead for Anchorage, with wind chill as low as minus 25 forecast for tonight 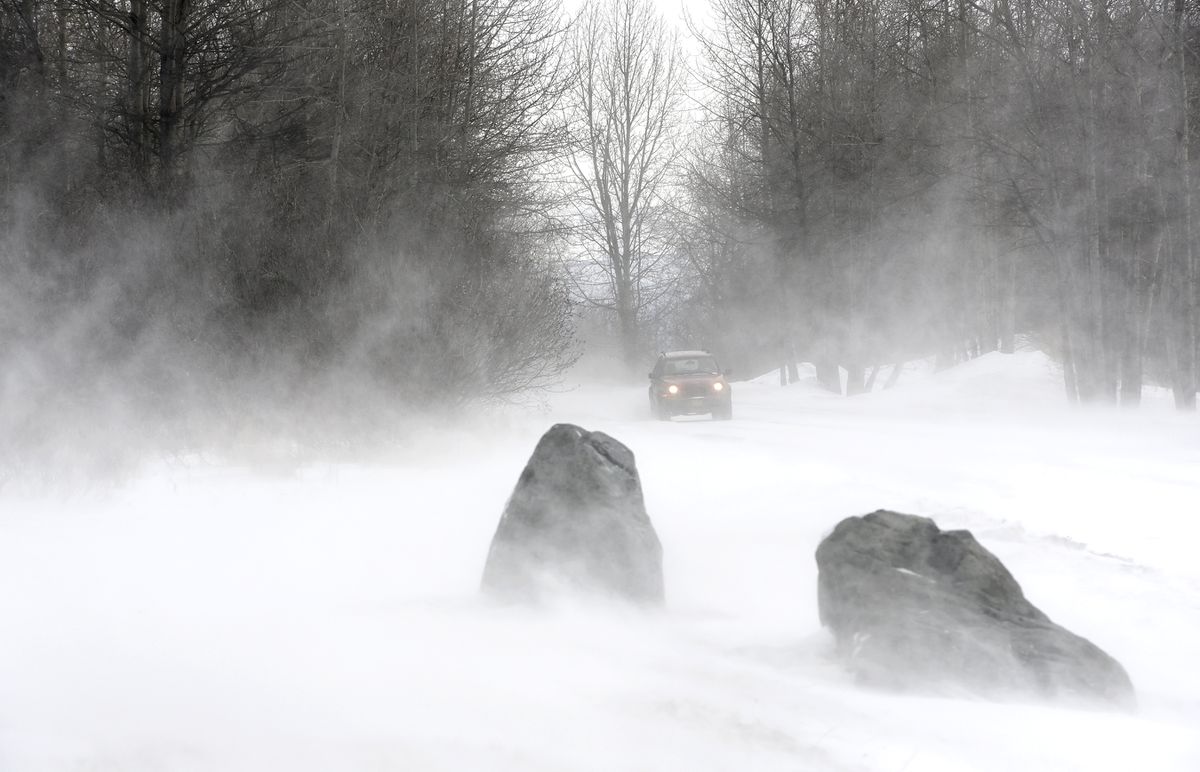 A gust of wind kicks up the recent snowfall at Point Woronzof on Thursday, April 8, 2021. (Bill Roth / ADN)

A gust of wind kicks up the recent snowfall at Point Woronzof on Thursday, April 8, 2021. (Bill Roth / ADN)

A blast of Arctic air is forecast to hit the Anchorage Bowl on Thursday night, bringing wind gusts up to 50 mph and dropping wind-chill temperatures as low as minus 25 degrees, the National Weather Service said.

Heads up Anchorage! An intrusion of Arctic air is expected to move into the area Thursday night. As a result, strong gusty northwest winds up to 50 mph are expected, especially in West Anchorage including downtown. Visit https://t.co/BlKiE09Yzu for more details. #AKwx. pic.twitter.com/ZKGgRoHW5A

The wind will pick up Thursday afternoon and intensify into the evening, Bartos said. The strongest winds will hit the Anchorage Bowl overnight. Sustained northwesterly winds are expected at about 30 mph.

Light snow fell Thursday morning, with about 1.8 inches recorded at the weather service office near the Ted Stevens Anchorage International Airport. The additional snowfall pushed the overall snow depth to 2 feet in Anchorage, making April 8 the latest day in the season on record that snow has been that deep.

The wind is not expected to linger into Friday, but Bartos said the unseasonable cold will remain through Saturday, with lows near zero. He said anyone planning to be outdoors this weekend should be prepared for frigid cold.

Temperatures will likely rise to the low 40s on Monday, more normal for this time of year, Bartos said.

A wind warning will remain in place for Seward and Whittier until Friday night, with coastal areas expected to gets winds from 25 to 40 mph with gusts up to 70 mph.