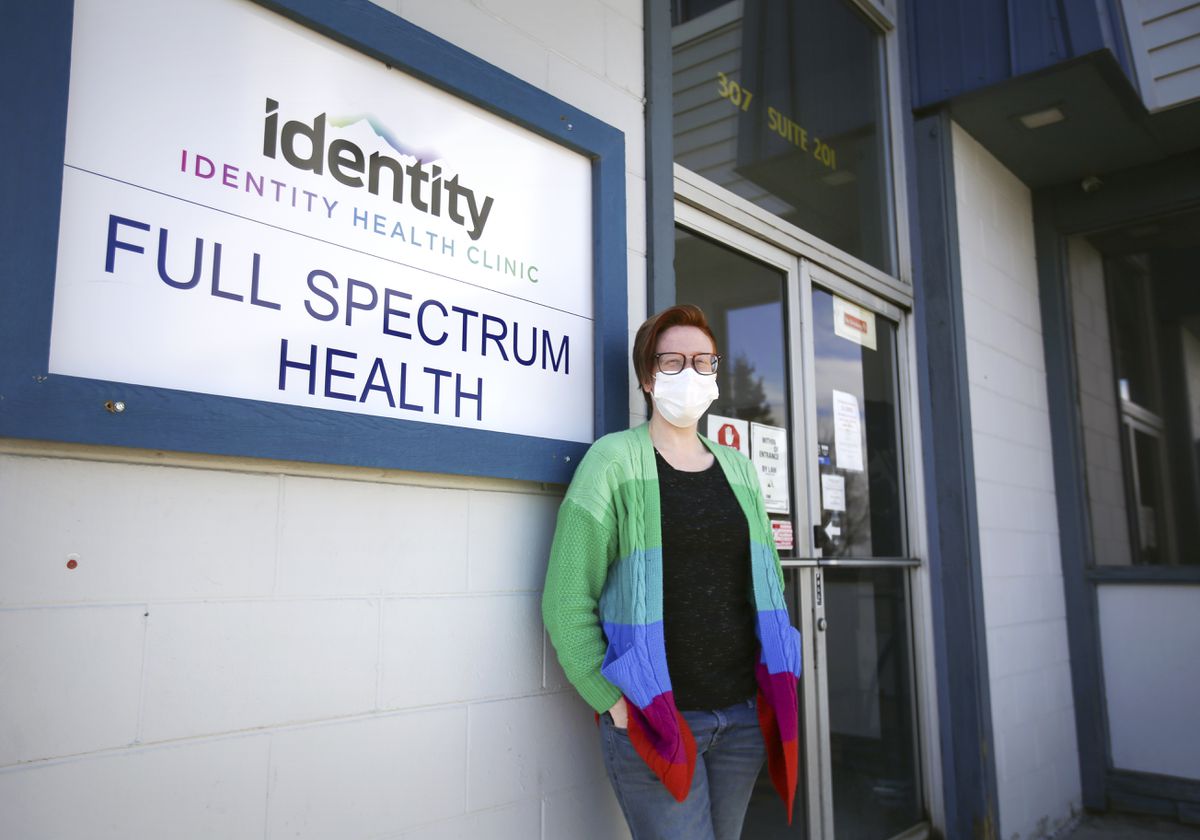 The first nonprofit health clinic in the state specifically dedicated to serving Alaska’s LGBTQ+ community opened this week in Anchorage, across from the Midtown Mall.

Identity Health Clinic — which will be run by Identity, a local LGBTQ+ nonprofit of the same name — aims to provide affordable care to a more vulnerable community that has not always had positive experiences going to the doctor or seeking other medical care, said Tracey Wiese, the clinic’s director.

Identity is not a free clinic yet, but that’s the ultimate goal, Wiese said — to be able to serve anyone who walks in the doors, regardless of their ability to pay. That’s going to depend on donations, community support and grants, she said.

The clinic evolved out of Full Spectrum Health, an outpatient clinic serving the LGBTQ+ community that Wiese opened in 2017, which was for-profit. That practice kept growing, and a few years in, the for-profit model became untenable, Wiese said.

“We were working with a really vulnerable population that oftentimes is underinsured, or can’t pay,” she explained.

She wanted to be able to provide free or reduced-cost care for those who needed it, while also being able to cover the cost of keeping the doors open. Switching to a nonprofit model seemed like the most natural solution.

Wiese was at the time on Identity’s board of directors, so she went to them to see how the organization could support the work she was trying to do. Many conversations later, the idea for Identity to open its own health clinic was born.

Recent research the organization had helped conduct across the state had found that over 30% of young adults in Alaska’s LGBTQ+ community they surveyed did not feel comfortable disclosing to their provider that they identify as LGBTQ+. And most did not feel happy with the quality of care they were receiving.

[Many Alaska hospitals have relaxed their COVID-19 visitor restrictions]

At the new clinic, little and big things like colorful murals painted on the walls, books of poetry in the waiting rooms and staff who are extensively trained in providing care for LGBTQ+ patients help with the goal of making patients feel safe and that they belong there, Wiese said.

“It starts from the beginning,” Wiese said. “If you look at our website, hopefully you are going to see people who look like you, or people that are in your community. When you fill out your paperwork, there’s going to be an option to put your pronouns, your legal name, and the name you are called,” she said.

Identity the organization formed in 1977 as a lesbian and gay community center, and it has since evolved — it hosts Anchorage Pride and other events throughout the year, runs support groups and acts as a community gathering space.

[You’re an Alaskan and you’ve been vaccinated. Now, what do you do with that card?]

Although this is the first time the organization has done direct service of this kind, the clinic feels like a natural progression of Identity’s work over the last four decades, said Laura Carpenter, Identity’s executive director.

“The LGBTQ community in Alaska is underserved and not getting enough options, particularly for gender-affirming care,” Carpenter said. “Being able to provide care in a respectful, supportive manner where people don’t feel like they are being judged, where people can be their full selves — is so important.”

Wiese said that for people who aren’t part of the LGBTQ+ community, the work the clinic is doing can seem like “fringe medicine.”

“But there’s lots of reasons why people might need their gender or sexual health addressed with their health care provider,” Wiese said.

It’s also lifesaving care for many, Wiese said — particularly within the transgender community, which has long experienced some of the highest rates of depression and suicide nationwide — though less so in cases where gender-affirming health care is accessible.

“The evidence is telling us that this kind of health care just helps individuals be more well,” Wiese said.

Identity Clinic is now accepting patients, and is in the process of slowly phasing out the for-profit practice, Full Spectrum Health. Full Spectrum Health will stick around for patient care as long as it is needed, to make sure there are no gaps in coverage, Wiese said.

Identity Clinic is located on the left side of the building they share with the Stone Soup Group, located at 307 E Northern Lights Blvd. The clinic can be reached at 907-865-3247 and frontdesk@identityinc.org.

Correction: An earlier version of this article incorrectly identified Tracey Wiese as a current board member of Identity. She was formerly a board member, but is now an employee of the organization.