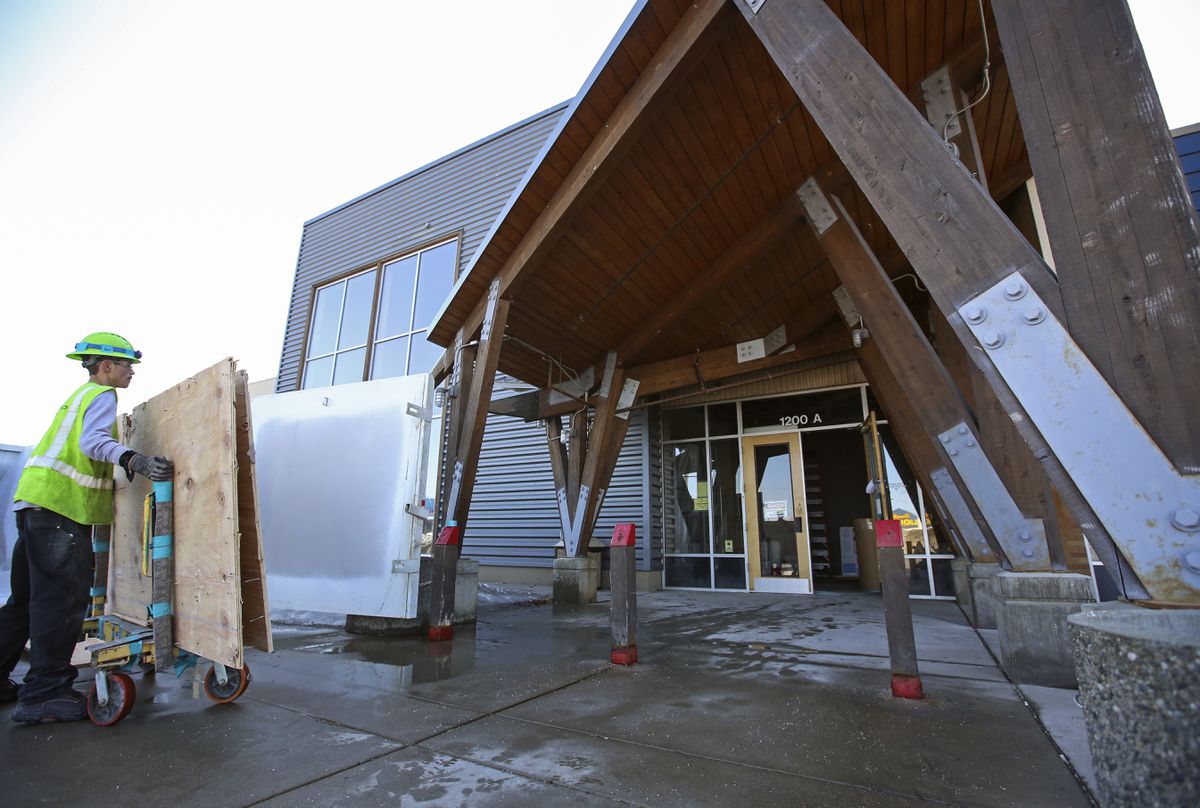 Providence Medical Group is opening a clinic in the building where REI Co-op was before it relocated to the Midtown Mall in Anchorage. The building sits on the corner of Spenard Road and W. Northern Lights Boulevard. Photographed on Friday, April 16, 2021. (Emily Mesner / ADN)

Providence Medical Group is opening a clinic in the building where REI Co-op was before it relocated to the Midtown Mall in Anchorage. The building sits on the corner of Spenard Road and W. Northern Lights Boulevard. Photographed on Friday, April 16, 2021. (Emily Mesner / ADN)

Providence Alaska plans to open a clinic with primary care services early next year in the empty space that once housed REI in Anchorage’s Spenard neighborhood, officials with the health care provider said.

Following a $7.1 million remodel, the facility will also offer urgent care and other services, they said. It will employ more than 45 people, and is set to open in January.

“By expanding primary care in particular we can give patients access to a continuity of care that helps them avoid episodic visits” to emergency rooms, said Tamara Brown, chief executive for Providence Medical Group Alaska, on Friday.

The former REI space in the Northern Lights Center has sat partially empty since the national outdoor gear retailer left its longtime home there two years ago, relocating to the Midtown Mall, said Bob Doehl, the municipality’s director of development services.

The Habitat for Humanity ReStore occupies some of the old REI space, Doehl said.

The city issued the building permit to Providence last week, allowing the remodel at 1200 W. Northern Lights, Suite A, to begin, he said.

Asbestos has been a problem at the site. An improperly conducted renovation in 2015 in a boiler room at REI exposed workers to the carcinogen, leading to steep penalties from a federal judge in February for the building’s owners, Yoo Jin Management Co. Ltd. and Mush Inn Corp.

“Asbestos abatement is taking place right now,” he said on Friday in an email.

Medical facilities are in limited supply in the Midtown area, so the new clinic will be a benefit to residents, said Bill Popp, head of Anchorage Economic Development Corp.

He said the work will inject needed economic activity.

“It will help bring more shoppers and people into that area,” he said. “So it’s a big win for Anchorage and Spenard.”

“Any time you can get health care options to parts of town with a high level of need it’s good, so it’s a good move by Providence,” said Bruce Bustamante, president of the Anchorage Chamber of Commerce.

The clinic will occupy only the first floor of the former REI space, Brown said.

“There will be wrap-around services there including occupational therapy, physical therapy, speech-language therapy and behavioral health services,” she said.

Brown said access to primary care services in Anchorage is low per capita compared to other cities nationally.

“By improving access to primary care, you improve the overall health of the community,” she said.

Access to primary care, with services such as check-ups and preventive screenings, can lead to better health and reduced medical care costs in the long run, including when emergency room visits are avoided, she said.

This will be the fourth Providence facility in Anchorage where Alaskans can access primary care services, including the Providence Alaska Medical Center’s main campus.