How a troubled Anchorage strip club transformed into Baptist church 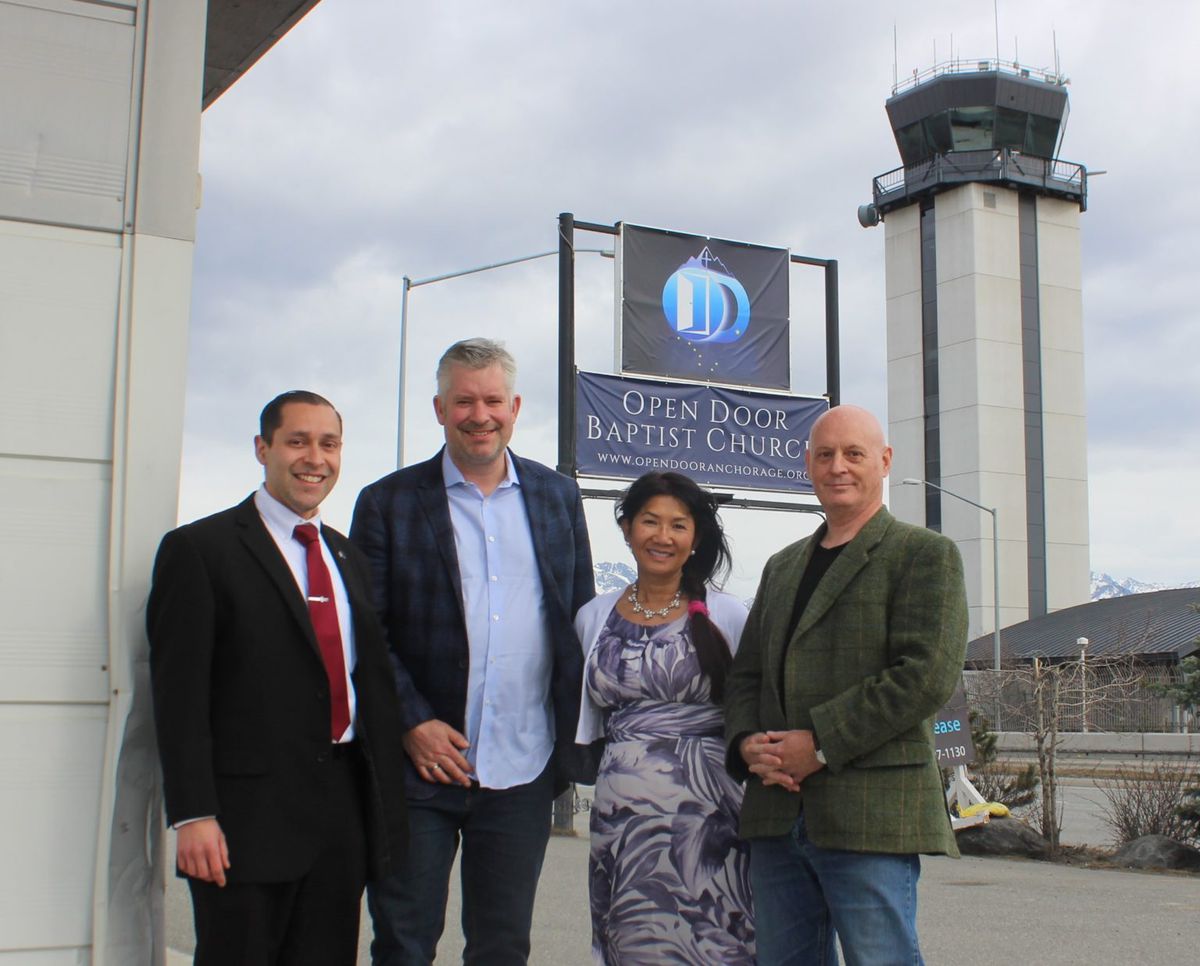 There’s a word that comes up often if you ask the real estate agents, the building owner and the pastor how they turned the Fantasies on 5th strip club near downtown Anchorage into a church: Providential.

Realtor Mike Gailey, who conceived of the idea, said as the project blossomed from pipe dream to reality, things fell into place seamlessly like they were meant to be. As more people joined the project, each seemed to have their own story of redemption tied to the boxy building across from Merrill Field.

“Everybody at some point or others sort of succumbed to this sense of providence and guidance that just was undeniable,” he said.

It began a bit more than a year ago. Gailey was approached by the owner of Fantasies, which was forced to close after a lawsuit over unpaid wages and trouble with a liquor license. After seeing the club shuttered for two years, she wanted to sell.

“My initial thought was, this ought to be a church,” he said.

It was an unusual thought, but he said the building provided the necessary space and got a lot of traffic going by on the Glenn Highway that could make for easy advertising. More than that, Gailey saw a story that could resonate with city residents.

“It was kind of a redemption story. And I knew churches, Christians, they love that story,” he said.

Perhaps — but the owner said she’d had a similar thought of converting to a church, without any luck.

“‘I even stopped by a couple of the bigger ones. But I don’t think I got past the receptionist,’ she said,” Gailey recalled.

The COVID-19 pandemic, which hit right around then, didn’t help. Gailey found himself begging for an extension from the owner to find someone to fill the property. She gave him an extra week and suggested Gailey talk to a developer who’d previously expressed interest to help fill it. Gailey recalled the owner described the woman as “hard-ass,” with a military background.

“She won’t pay you a commission. But that’s your problem, deal with it,’ " he said the owner told him.

Gailey did some research on the woman and discovered an improbable series of coincidences about their lives. They both were ex-military, each had spent time in Vietnam, and they even knew the same Vietnamese doctor there. Incredibly, Gailey realized that they had met 10 years ago at a random dinner party in Hanoi.

“By that time, the coincidences were so statistically improbable, so outrageously providential, really,” he said.

The woman was Linda Dunegan. After some cajoling, she agreed to meet Gailey at the building. It was dark except for the flashlights of their phones. The dusty floors were filled with stripper poles and catwalks still decorated for Halloween from the day it closed over two years ago. Dunegan turned to her realtor to reveal a secret connection she had to the place.

“I said, ‘Do you know why I want to buy this place? It’s because my mother was a stripper,’” Dunegan told him.

Dunegan’s mother, an immigrant from Vietnam, had stripped at clubs around Anchorage. She’s not sure, but thinks her mother may have worked at Fantasies. Dunegan, who moved out of Vietnam as a child in the 70s, said she sometimes felt shame as a child about her mother’s work. She said the project to convert the club is a work of healing.

“It was very hard for me to see those strip poles,” she said. “It was really hard for me, because I had condemnation in my heart from my mom. So I think the redemption story is not for the public. It was for me and for my mom.”

She decided to purchase the building. But her realtor, Nate Baer, needed some convincing.

But Dunegan was persistent.

“Through my experience working with Linda, I always say ‘Gosh, I don’t think that can work out.’ She’s like, ‘Well, why not?’” he said. “And you know, she’ll push and push and push and a lot of times, things somehow just work out.”

But there was still the issue of finding a pastor and a congregation during the pandemic.

Meanwhile, hundreds of miles away in Oregon, Kenny Menendez was living a normal, middle-class life, working his day job and serving as a deacon at his church on Sundays.

“I lived a comfortable, successful life. I worked at an aerospace industry, doing purchasing there for the company. And, you know, I had everything going for me,” he said.

But when the COVID-19 pandemic hit, he and his family had time to reflect.

A few weeks later, Menendez, his wife and young kids were on a plane to Alaska with their whole life in tow. It felt right, Menendez said.

“It is a fast change of life, but you know, the things that are impossible for man are possible with God. And the Bible also says that without faith, it’s impossible to please Him. So we took that leap of faith, so to speak,” he said.

He arrived and had already started regular Bible studies when he got a call from Linda Dunegan. Her building was looking for a church to fill the space and Menendez agreed it was the right place.

The main stage is now clean and bright with laminate floors and dark finished cross beams and a well-lit dais for the pastor.

For Menendez and his wife, who plays piano for the church, the move to Anchorage seems providential, just like the rest of the story.

It’s a redemption story for all of Anchorage, he said, that he hopes will be realized as the church grows.