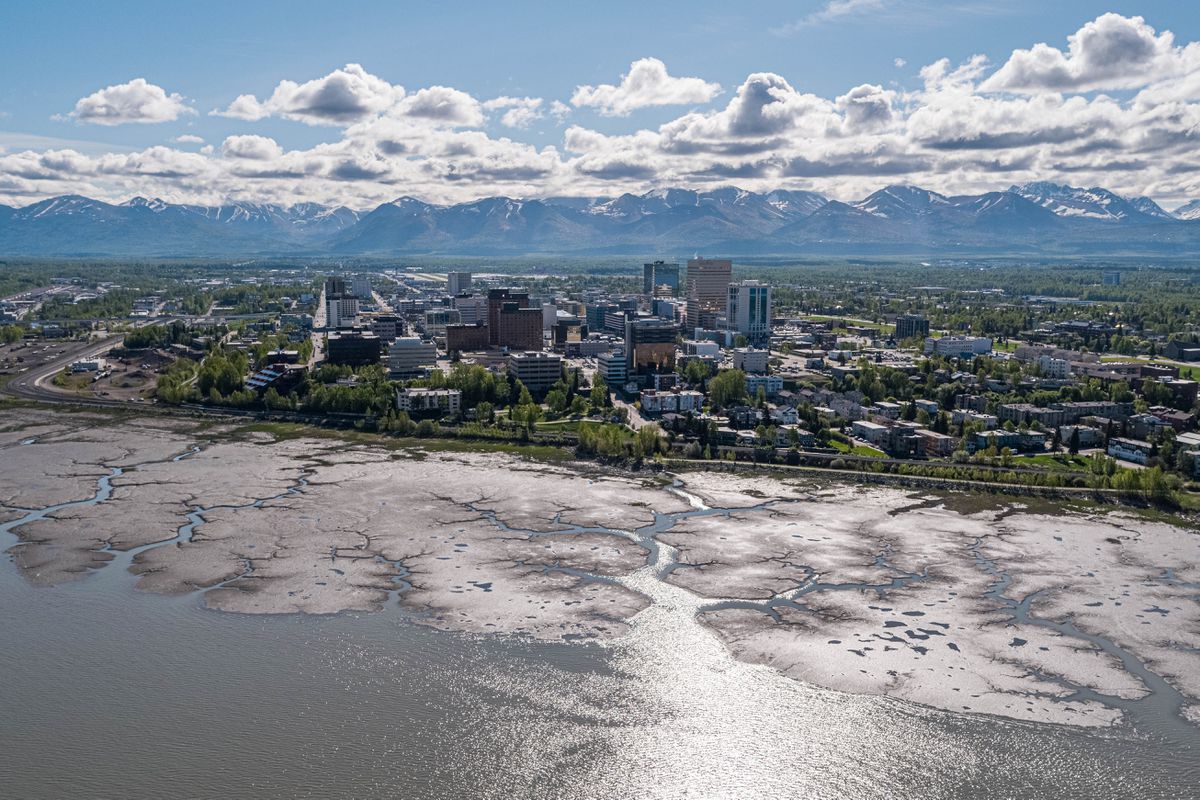 Anchorage Acting Mayor Austin Quinn-Davidson has released a proposal to spend $51 million from the city’s next round of federal COVID-19 relief.

The city is set to receive a total of $103,317,366 in American Rescue Plan Act funds, starting with half of that money this month. The city will receive its second half, another $51 million, in one year.

The Assembly still needs to review and vote on the proposal before it is finalized during a special meeting Tuesday evening. It’s likely changes will be made before it passes.

The funds should hit the city’s bank account “any day now,” according to Jason Bockenstedt, chief of staff to the acting mayor. Bockenstedt spoke at an Assembly work session held Monday about the city’s plan for the money.

The acting mayor’s proposal would spend the funds on a multitude of programs, including some already existing economic relief programs. The proposal includes more than 50 different line items, with allocations ranging from tens of thousands of dollars to millions of dollars.

[Earlier coverage: Anchorage will get an estimated $100 million in new COVID-19 relief funds. Now officials must decide what to do with it.]

Some of the biggest proposed expenditures would go to programs started last year with previous federal COVID-19 relief money from the CARES Act. With the new round of funding, the city will clear those programs’ waitlists, funding businesses, nonprofits, individuals and organizations that missed out on the first few rounds of funding.

About $2 million in relief grants will go to the city’s five “cultural pillars” — the Alaska Zoo, The Alaska Wildlife Conservation Center, the Anchorage Museum, the Alaska Native Heritage Center and the Alaska Center for the Performing Arts.

“These are all organizations that have a strong basis in tourism that are critical, and if they were to go down, there be no way to bring them back,” said Assembly member Chris Constant during the meeting.

City officials say they are also considering which state and federal programs also will be helping with the city’s needs, such as the federal Restaurant Revitalization Fund.

Bockenstedt said the city’s portion of relief money is a “drop in the bucket” compared to the other programs included in the American Rescue Plan Act that will flow into Anchorage. For example, the Anchorage School District will likely receive $100 million in federal aid. About $152 million is coming to Alaska for emergency rental assistance statewide, of which Anchorage will get about $26 million, he said.

The acting mayor’s office has divided the $51 million to programs that fall into one or two different thematic “priority areas” — economic stimulus, community investments, family supports, housing and homelessness and funding the city’s direct response.

“We are providing funds for people to help those businesses apply for the federal money so they will have a very strong chance of success,” Constant said. “Instead of spending the money one time, we’ll spend it one time and help multiple layers of people apply and succeed, receiving and bringing back to Alaska more federal support and state support.”

Other parts of the proposal focus on housing, homelessness and job assistance. A $5 million allocation would go to bolster University of Alaska Anchorage’s Fast Track Career Certificate program, providing scholarships and helping between 300 and 500 people, said Chris Schutte, the city’s economic and community development director.

Last summer, the Assembly did receive intense pushback from some members of the public for how it allocated a portion of its previous federal COVID-19 relief funds, especially its approval of a plan to purchase three buildings for homeless and treatment services.

On Tuesday, the Assembly is holding a special meeting to decide exactly how to allocate the next $51 million and will vote on the acting mayor’s proposal.

It is likely members will make changes to the mayor’s plan through the amendment process, said Assembly chair Felix Rivera.

“If you look at the CARES Act dollars and the appropriation that we did with that, there were a multitude of amendments — dozens of amendments,” he said.

There is a period for public comment scheduled Tuesday before the Assembly votes.

“This is really going to be our last chance to hear thoughts from community members and possibly change up the appropriations before we vote on it,” Rivera said.