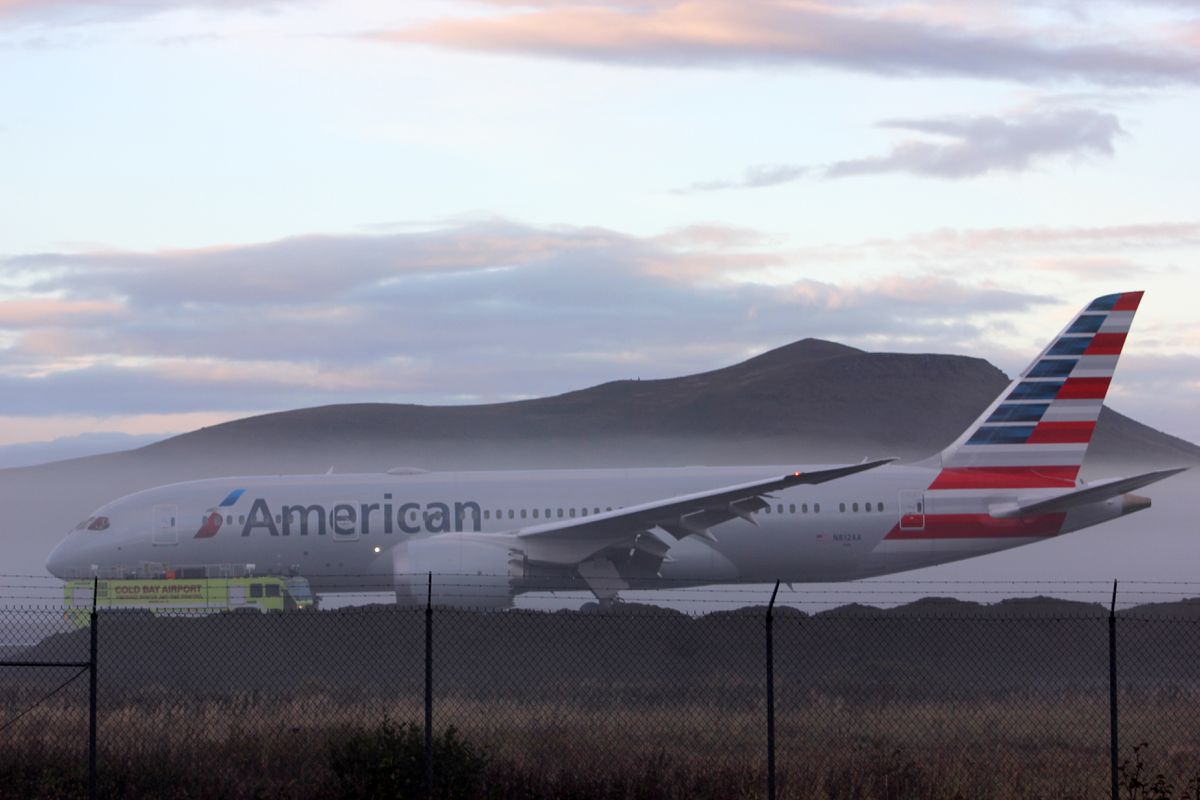 The American Airlines passengers whose trans-Pacific flight was diverted to Cold Bay Wednesday were making their way to their final destinations Thursday.

American Airlines spokesman Ross Feinstein said Thursday morning that some of the roughly 100 passengers from Wednesday's Shanghai-to-Chicago flight had already left Anchorage on flights to West Coast destinations. The airline covered expenses for the passengers who spent the night in Anchorage after they were flown in from Cold Bay on an Alaska Airlines jet Wednesday night.

An American Airlines replacement jet carrying the other passengers departed Anchorage heading for Chicago shortly after noon on Thursday.

The original flight was en route to Chicago's O'Hare Airport with 114 people on board Wednesday morning when an indicator light suggested a possible problem with one of the Boeing 787's two engines.

Pilots safely made a 9:45 a.m. emergency landing at Cold Bay, an Alaska Peninsula community of 80 people with a 10,000-foot runway. Passengers and crew remained at the airport until they departed on an Alaska Airlines jet at 8 p.m.

The diverted 787 is still in Cold Bay, where its four pilots stayed overnight, Feinstein said. Two maintenance teams have been flown in from Seattle and Los Angeles to find and fix the problem that led to the diversion.

Feinstein had high praise for everyone who helped respond to the diversion in Cold Bay, including residents who offered help and the U.S. Coast Guard, which opened its Cold Bay hangar to passengers. In addition to the Alaska Airlines personnel involved in the flight from Cold Bay to Anchorage, security and customs staff stayed late at Ted Stevens Anchorage International Airport to handle the flight's passengers, many of whom were foreign nationals.

"Our goal was trying to figure out the best way to get our customers out of Cold Bay to Anchorage," Feinstein said. "It was just a really nice team effort across the board."

Alaska Airlines spokesman Tim Thompson said Thursday that American will reimburse Alaska's costs for the flight to Cold Bay. Alaska offered to step in, sending a Boeing 737-400 to Cold Bay from its spare aircraft on hand in Anchorage, when American couldn't send a second jet.

"The closest thing it resembled was a charter flight," Thompson said. "Logistically, it just made more sense for us."

Thompson said no other Alaska flights were affected by the additional trip.