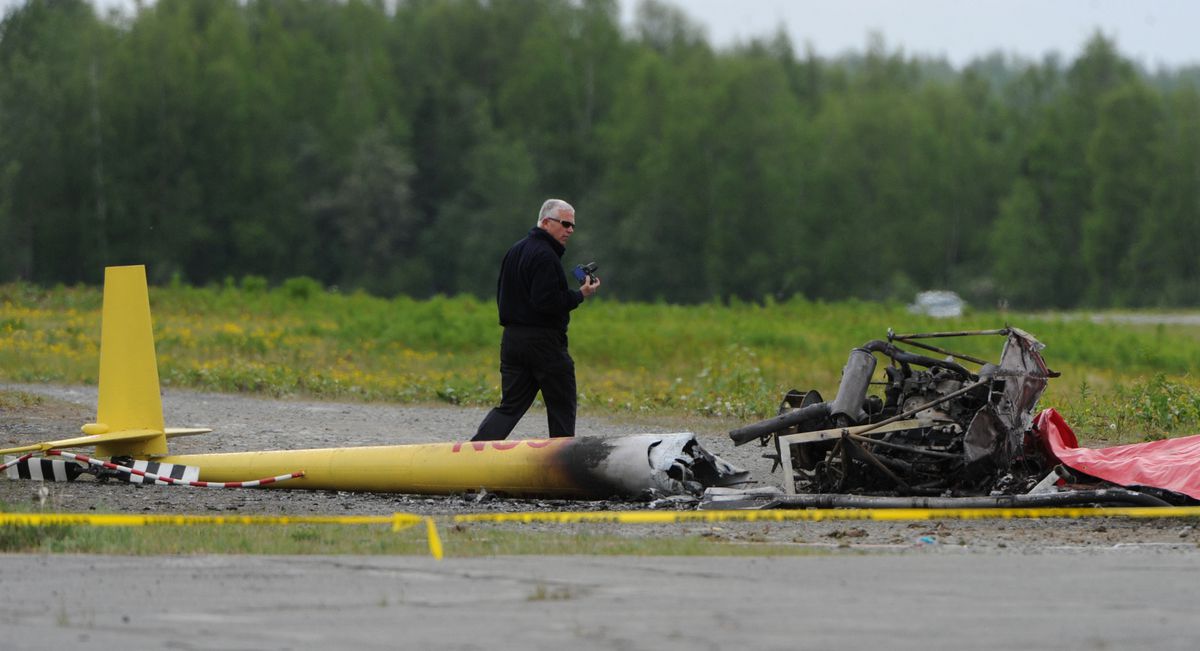 The pilot and sole occupant of a helicopter that crashed at Birchwood Airport in May 2014 likely lost control of the aircraft after experiencing a "sudden, acute cardiac event," the National Transportation Safety Board said in a final report on the accident published this week.

Tom Moore, 62, of Anchorage, was flying the Robinson R44 helicopter, practicing maneuvers with an external load. Moore was using a 150-foot long-line and weighted barrel. It was one of several similar practice flights Moore had conducted, the federal agency said.

"Although the accident pilot's workload was increased by the demands of maintaining traffic separation and communicating on the radio in the busy, non-towered airport environment, there was no evidence to suggest that such an operation was beyond his skill level, particularly given his recent practice," the report said.

Clint Johnson, chief of the NTSB regional office in Alaska, said the report took more than three years to complete because of the medical work involved.

"The one nice thing is it gives the family a little bit of closure," Johnson said about the report Saturday. "We took our time on this, but we were in contact with the family during the process."

"Although the pilot had sought and received in recent years medical care that included cardiac testing, there is no evidence that his previous heart attack was ever diagnosed (research has shown that the tests are not always accurate), and he was not taking any preventive medication," the report said.

Given the damage in two main arteries, along with "the presence of scarring from a previous heart attack, and the absence of medication to prevent a recurrent cardiac event, the accident pilot's likelihood for experiencing another acute cardiac event was inevitable," it said.

The crash injured aircraft mechanic Paul Mallory of Chugiak, according to news accounts at the time. Mallory was nearby and rushed to the crash site in an unsuccessful effort to pull Moore from the wreckage. Mallory said that he was severely burned but later recovered.