NTSB faults pilots, FAA and Hageland in 2016 crash that killed 3 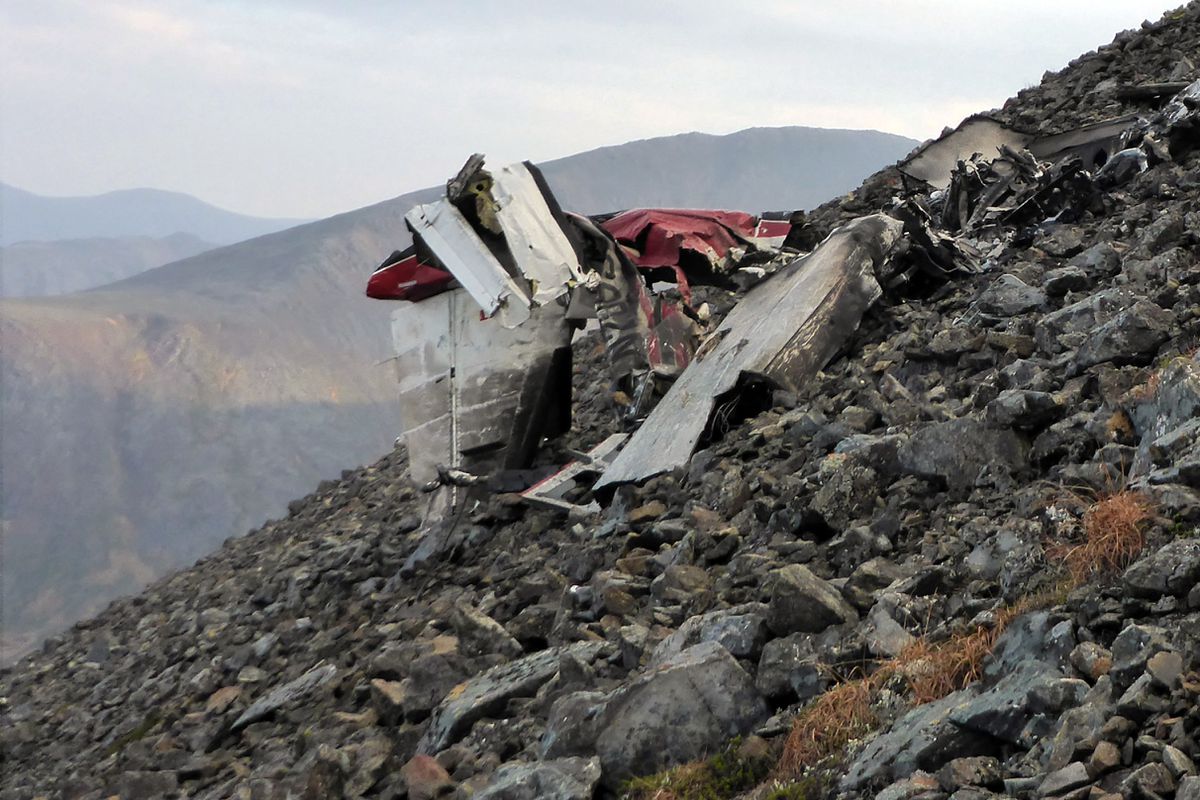 A Ravn Connect Cessna 208B crashed near Togiak on Oct. 2, 2016, leaving no survivors. (Alaska State Troopers)

A Ravn Connect Cessna 208B crashed near Togiak on Oct. 2, 2016, leaving no survivors. (Alaska State Troopers)

The probable cause of a fatal plane crash near Togiak in 2016 was a crew decision not to divert as bad weather closed in, the National Transportation Safety Board said Tuesday.

The pilots were flying under visual flight rules into deteriorating visibility, in conditions that require instruments, the board said. They had likely switched off an important warning system that would have alerted them when they began to fly too low, the board said.

The board also said the airline, Hageland Aviation, doing business at the time of the crash as aircraft operator Ravn Connect, and the Federal Aviation Administration didn't ensure the pilots received proper training.

"This crash involved a well-equipped airplane with not one but two professional pilots on board," NTSB Chairman Robert Sumwalt said. "But the many layers of protection against controlled flight into terrain failed to protect the pilots and their passenger.''

Among several recommendations, the board called on the FAA to address the lack of technology at many remote airports that makes it impossible for pilots to fly well above mountains using instrument panels. Instead, pilots are often forced to rely on sight and sometimes fly low beneath clouds.

"Until we make those (infrastructure) changes, we are just biting around the fringes," Sumwalt said.

The crash of the Cessna 208B Caravan happened in the Ahklun Mountains on Oct. 2, 2016, a dozen miles northwest of Togiak. The plane was traveling from Quinhagak when it slammed into a mountainside about 200 feet below the 2,500-foot summit.

Ravn Air Group chief executive Dave Pflieger said in a statement that the company is working "to ensure that an event like this never happens again."

A new leadership team at the company has increased investment into safety, pilot training and information sharing with other carriers and the FAA, the statement said.

"Our goal with these efforts is to not only prevent future commercial aircraft accidents, but also improve overall aviation safety in Alaska," Pflieger said.

The crash killed pilots Timothy Cline, 48, of Homer, and Drew Welty, 29, of Anchorage, as well as passenger Louie John, a fisherman from Manokotak.

An NTSB goal in its investigation was highlighting the problem of Alaska crashes involving "controlled flight into terrain," when a pilot operating an airworthy airplane crashes into the ground or some other obstacle, often in poor weather. Forty people died in 36 such aircraft accidents in Alaska between 2008 and 2016, the board said.

The board also investigated five accidents and one runway excursion involving Hageland Aviation, including an incident in 2013 when a Hageland crash killed four people near St. Marys.

Contributing factors in the crash near Togiak included a Hageland procedure allowing pilots to shut off a warning system that notified them when they flew within 700 feet of terrain.

Sumwalt said such low flying is a necessity in Alaska if clouds are low, but the warning systems create a nuisance and complacency as they repeatedly sound alarms.

"I don't think the pilots had a choice (but to shut off the warnings) without going crazy and listening to that thing," Sumwalt said. "They had to inhibit that."

The problem has been a factor in other Alaska crashes, he pointed out, including the June 2015 crash of a Promech Air flightseeing floatplane that killed nine people near Ketchikan.

Another contributing factor was insufficient training for the pilots to reduce the risk of controlled-flight crashes, the board said.

Hageland had offered the pilots training to avoid controlled-flight crashes based on the guidance of the Medallion Foundation, a nonprofit partnership between the FAA and industry focused on improving aviation safety in Alaska.

But the training was outdated and did not address the specific risks Hageland pilots face while flying under visual flight rules in Alaska's mountainous terrain, board officials said.

The board issued five new recommendations for the FAA, including that the agency address the limitations of terrain-warning systems. It issued two recommendations to the Medallion Foundation and one to Hageland to address training and improve procedures.

The three-member board approved Sumwalt's recommendation that the FAA install communications and weather equipment to allow more pilots to fly by instruments.

"If these recommendations can be implemented, and we are going to push for that, they will go a big way toward improving safety in the state of Alaska," said Sumwalt.