‘Probable cause’ determined in 2016 midair crash that killed 5 in Western Alaska, report says 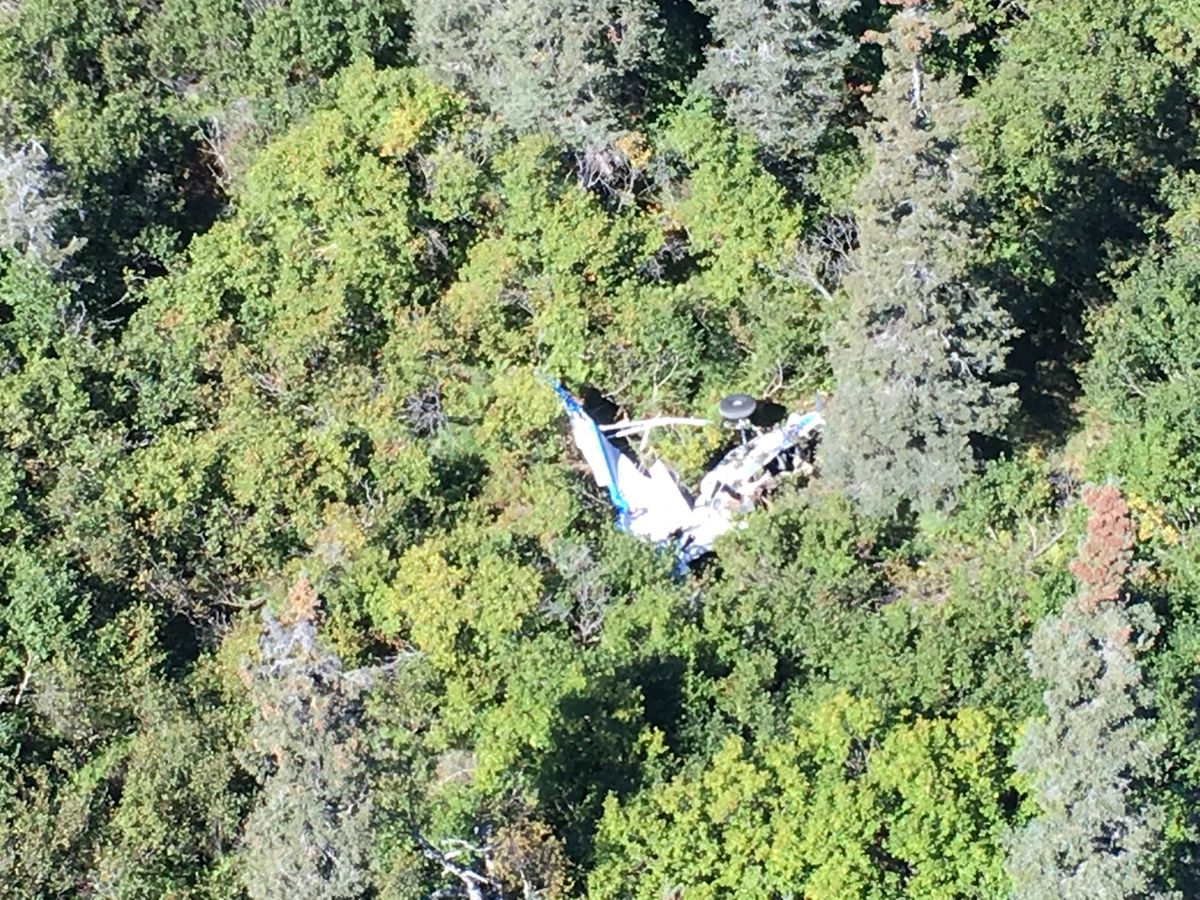 A Piper PA-18 Super Cub rests in trees near Russian Mission, after a Wednesday, Aug. 31, 2016 midair collision with a Cessna 208 Caravan. All five people on board the two planes died. (Alaska State Troopers)

A Piper PA-18 Super Cub rests in trees near Russian Mission, after a Wednesday, Aug. 31, 2016 midair collision with a Cessna 208 Caravan. All five people on board the two planes died. (Alaska State Troopers)

A midair collision that killed five people over a Yukon River village in 2016 happened when the two pilots involved failed to see and yield to one another, transportation safety officials said in a new report Wednesday.

The report sheds light on what likely happened in the moments before the Piper PA-18-150 Super Cub operated by Renfro’s Alaskan Adventures collided with a Hageland Cessna 208B EX Caravan at 1,760 feet near Russian Mission in Western Alaska on Aug. 31, 2016.

Investigators from the National Transportation Safety Board determined that the pilot of the Piper, 44-year-old Zach Justin Babat of Montana, and Harry Wrase, 48, of Wasilla, the pilot of the Cessna, failed to see one another as they approached at an angle.

Under federal law, when converging pilots are flying similar aircraft at the same altitude, the aircraft on the right has the right of way.

The ensuing collision killed both pilots, along with their passengers, 40-year-old Jeff Thomas Burruss of Haines, Steven Paul Andrew, 32, of Kenai, and Aaron Jay Minock, 21, of Russian Mission.

According to a cockpit visibility study the agency completed in November, both pilots would have had a clear view of the opposite plane starting about two minutes before the crash. The report estimates that both planes would have appeared as “relatively small, slow moving objects,” about the diameter of a penny seen from 7 feet away.

The planes would have suddenly appeared to get bigger about 10 seconds before the collision — a phenomenon known as the “blossom" effect.

The Cessna had departed Russian Mission about three minutes prior on a scheduled passenger flight to Marshall, and the Piper was en route from Bethel to a remote hunting camp.

“Adequate visual lookout while flying in visual meteorological conditions is critical to avoiding other aircraft,” investigators wrote in the report.

Investigators said such pilots can make themselves more visible and see others more easily by turning on available lights, clearly communicating their intentions and positions and reducing distractions in the cockpit.

Because the Russian Mission airport does not have a control tower, pilots are responsible for self-announcing their positions and intentions. Hageland Aviation Services, which was party to the investigation, argued that the Piper was not monitoring the correct radio frequency and would not have heard the Cessna’s departure callout.

Neither the Piper nor the Cessna carried cockpit displays of Automatic Dependent Surveillance-Broadcast data, or ADS-B, which would have allowed each to visually monitor the other’s position, investigators said.