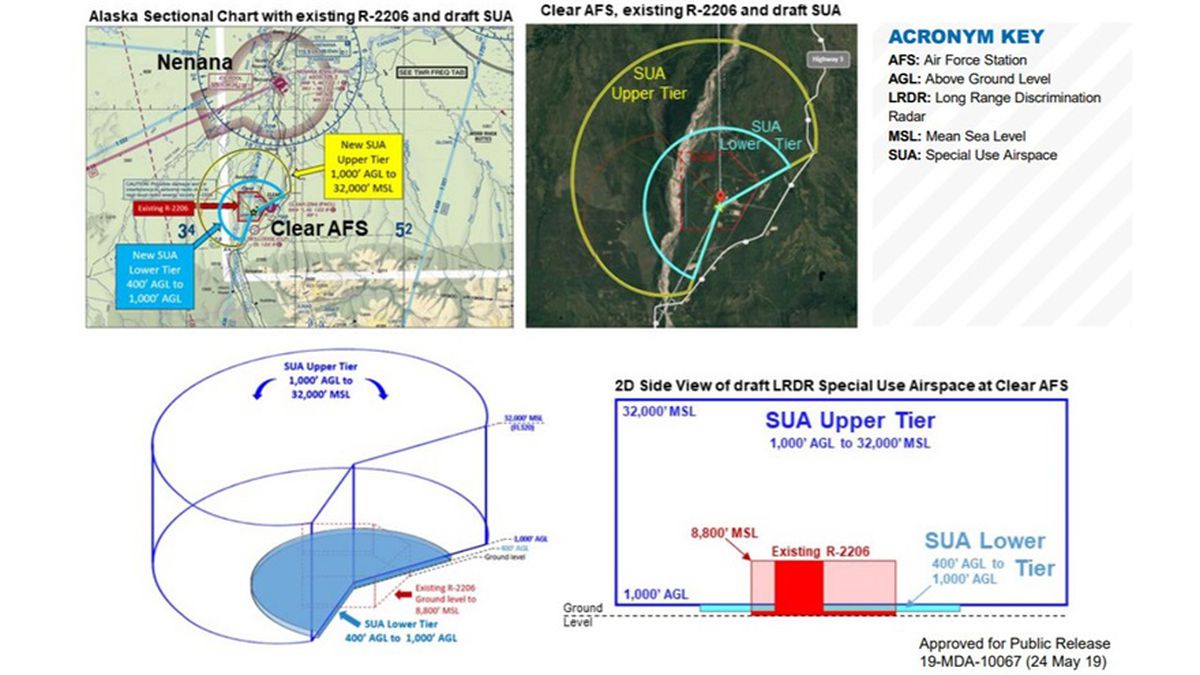 The U.S. Missile Defense Agency's plans for a new Long Range Discrimination Radar include a proposal to increase restrictions beyond those of the existing radar facility north of the small community of Healy, The Fairbanks Daily News-Miner reported Sunday.

Public meetings to inform pilots and others about the proposed changes are scheduled Tuesday in Anchorage, Wednesday in Anderson and Thursday in Fairbanks. (More on the proposal here.)

The defense agency already prohibits airplanes from flying in the immediate vicinity of the station about 112 miles southwest of Fairbanks, officials said.

Additional restricted airspace is needed to protect aircraft from a high-intensity radiated field from the new system, officials said.

Conditions in the world have changed the way the defense agency wants to use the radar system, which is not yet complete, officials said.

The Aircraft Owners and Pilots Association is working with the Alaska Airmen Association and other groups to evaluate the proposal, said Tom George, the association region manager in Fairbanks.

"We're asking our pilots to look very carefully at these and let us know what impacts, if any, they're liable to encounter so we can provide as informed feedback as possible to this process," George said.