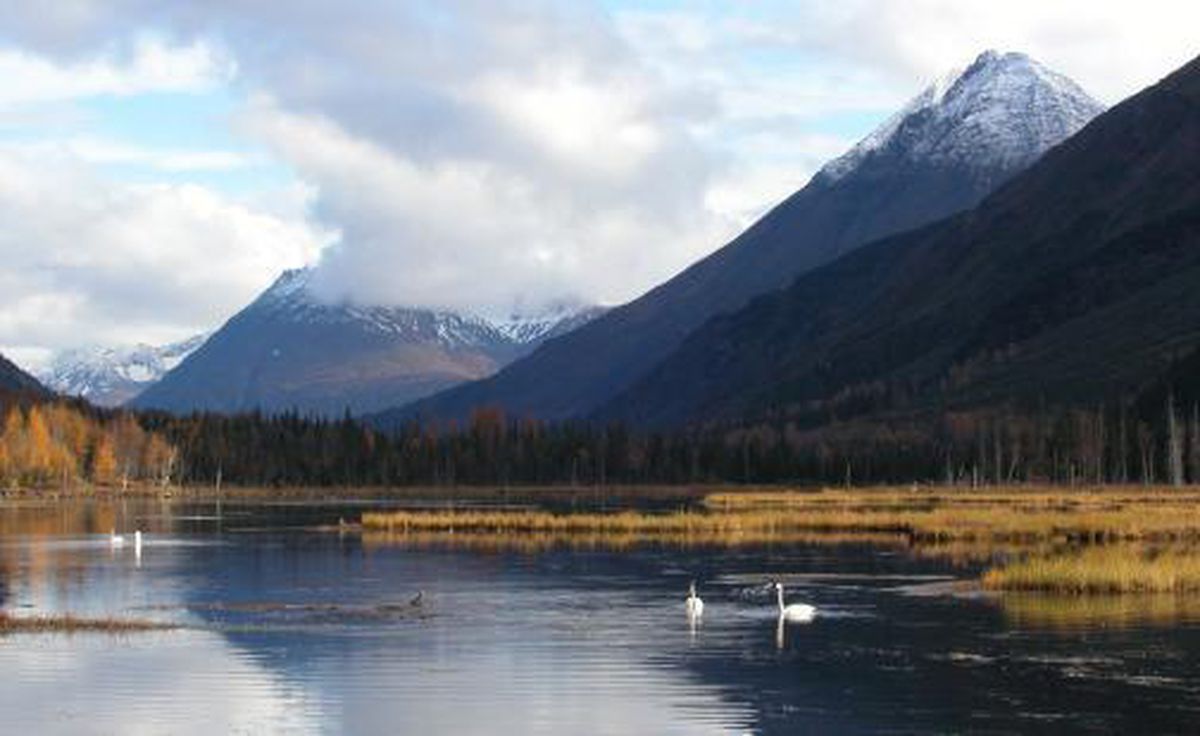 Tern Lake near the intersection of the Sterling and Seward highways. (Jim Lavrakas / ADN archive)

Tern Lake near the intersection of the Sterling and Seward highways. (Jim Lavrakas / ADN archive)

Thick wildfire smoke obscured visibility in all directions at the time of a plane crash that killed three people in late June on the Kenai Peninsula, a new report says.

The float-equipped Maule M-6-235 flew into the side of a mountain on the north side of Tern Lake.

Smoke from the Swan Lake Fire, one of the largest in the state at the time, blanketed parts of the Kenai that week. Low visibility delayed efforts to recover the bodies of the crash victims.

The floatplane left from an unknown location near Seward at about 3:30 p.m. for Lake Hood, according to a new National Transportation Safety Board preliminary report released Thursday. Marginal visual meteorological conditions prevailed, and no flight plan had been filed.

A witness near the intersection of the Seward and Sterling highways told a federal investigator he was outside just after 4 p.m. June 28 when he heard an airplane fly over, according to the report. Fifteen seconds later, the man said, all sound from the plane ceased.

Federal Aviation Administration weather cameras at Moose Pass, about 7 miles southeast of the accident site, around the accident time showed reduced visibility in all directions as a result of smoke or haze in the area, according to the report.

Flight data retrieved from Christy’s Garmin GPSMAP 496 GPS receiver showed the plane crossed Moose Pass at about 2,000 feet around 4:02 p.m., the report states. The plane flew northwest along the Sterling Highway between 1,700 and 2,400 feet before turning right to the southeast at the intersection with the Seward Highway and beginning a descent to 1,215 feet. A few minutes later, the plane turned left, and north, climbing to 2,000 feet at a groundspeed of 37 knots before the last reading: 1,587 feet and 0 knots.

Rescuers received an emergency locator signal at about 4:15 p.m. that day. An Air National Guard helicopter found the crash site and evacuated Cooper. NTSB and the Alaska Mountain Rescue Group reached the site on June 30.

Cooper was in good condition at Providence Alaska Medical Center on Thursday, the hospital said. Cooper’s family has said she was on vacation in Alaska with friends when the plane crashed. She suffered multiple broken bones and a partially collapsed lung. A Gofundme page to help defray medical costs described Cooper as living in the Dulles, Virginia, area and pursuing a master’s degree in aviation management.

She was released from the intensive care unit this week, according to an update.

Cooper has a pilot rating, according to NTSB.

Tam and Christy were well-known naturalists. Glass was working as a nanny in Virginia, according to an online employment listing.