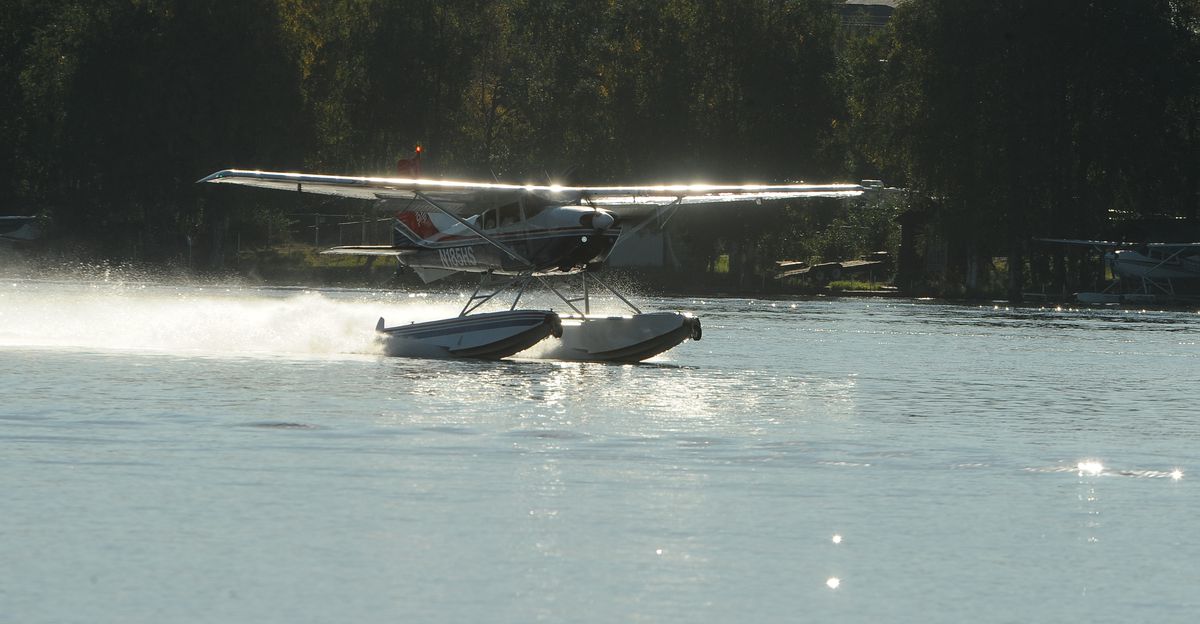 Last year, the Alaska Wing of the Civil Air Patrol conducted 68 search and rescue missions and located 34 emergency beacons that led to six lives being saved, according to officials with the Alaska Rescue Coordination Center.

But the Civil Air Patrol’s ability to quickly respond to and train for search and rescue operations — one of the organization’s core responsibilities — is now in jeopardy after Gov. Mike Dunleavy vetoed all state funding for the Alaska Wing in the fiscal year that began July 1.

Earlier this year when Civil Air Patrol funding appeared to be at risk, Col. Timothy Hahn, commander of the Alaska Wing, wrote in a letter to the Alaska Legislature that “we are in critical danger of failing this mission without state funding.”

A combination of federal and state money keeps the Civil Air Patrol aloft in Alaska. When conducting search and rescue operations as an asset of the Air Force or other federal agency, the Civil Air Patrol’s costs for the missions are paid by those agencies, Hahn said in an interview this week. There is no cost to the state for those missions, he said.

But according to Civil Air Patrol officials, the state’s allocation does ensure that utilities and insurance are paid at facilities where the aircraft are stored, and also pays for fuel crucial to the Civil Air Patrol’s non-emergency operations, like travel and proficiency flights for pilots and crew.

“The aviators fly in the weather that made someone else crash,” Hahn wrote to legislators, describing the importance of keeping the all-volunteer pilots sharp.

The $250,000 budget approved by lawmakers before Dunleavy’s budget vetoes already included a 17.3% decrease in the Civil Air Patrol’s state-allocated operating funds from the previous fiscal year. This year, $225,000 had been budgeted for utilities and $10,000 for aircraft fuel.

Without state funding, 18 Civil Air Patrol aircraft will need to be consolidated from 14 current locations across Alaska and utility costs will need to be cut, which officials say will delay response times and lead to longer missions.

If power is turned off and hangar space is lost, aircraft will need “an hour or more" in the winter to warm up and pilots may need to travel farther to the consolidated hangars, said Lt. Col. Derk MacPherson, vice commander of the Alaska Wing.

“We’re in the process now of reviewing exactly what we can do,” Hahn said. He was concerned that cuts may also need to be made to the wing’s support for a corps of young cadets and an aerospace education program that provides STEM education to schools across Alaska.

As of July 9, the Civil Air Patrol had assisted in 36 missions this year, locating 15 emergency beacons and resulting in one life saved, the Alaska Rescue Coordination Center reported.

“They do a tremendous amount of the work here," Maj. Andrew Williams, deputy director of the Rescue Coordination Center, said of the Civil Air Patrol’s involvement in Alaska search and rescue operations.

Because Civil Air Patrol volunteers are dispersed throughout the state, the organization is an “expeditious” additional search and rescue asset, Williams said.

Whether it’s a “no-kidding alert or a nuisance beacon,” Williams said, each response requires the haste and attention required to locate and save the victims of a downed aircraft.

Civil Air Patrol aircraft that are not used regularly could be reallocated by the national headquarters to other states that could use the planes, MacPherson of the Alaska Wing said.

“When we stop putting hours on the airplanes, they will start taking them away,” he said.