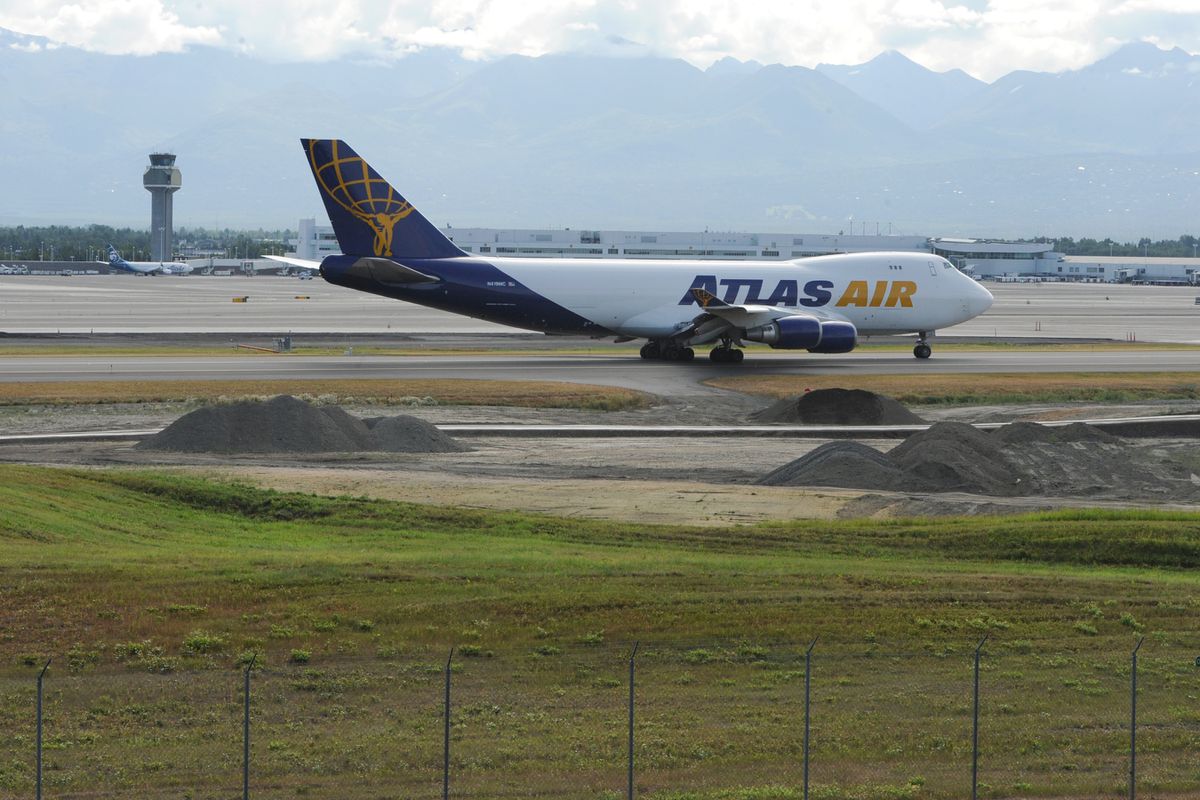 Two projects proposed at Ted Stevens Anchorage International Airport would, if approved, bring hundreds of thousands of square feet of new warehouse and cargo space to what is already the fifth-busiest cargo airport in the world.

An Alaska investment firm is behind one of the projects, a warehouse with cold storage space, and a Lower 48 cargo facility company is behind the other, which would allow for faster cargo transfer between aircraft. The developments would be located on airport land that is currently occupied mostly by grass and shrubs — one next to the FedEx facility and the other on a piece of land across the north-south runway.

Cold storage at the airport would grow capacity for companies to ship seafood and other perishables to and from markets in Asia, or capitalize on Alaska’s growing peony industry, said airport manager Jim Szczesniak. The cargo transfer facility would allow aircraft to land, unload, and get going to their next destination, rather than wait on other planes to land.

Such additions to expand the airport’s cargo capacity are long overdue, said an architect on one of the projects. Both are still in a public comment period before they can officially move forward.

It has been more than 20 years since the last cargo facility was built at Ted Stevens, said Szczesniak. Last fall, the airport put out feelers to see if there were any businesses interested in pursuing such projects there.

The company that proposed one of the projects is 6A-XL Aviation Alaska, owned by Maryland-based company 6A Aviation Inc. That development would be 500,000 square feet of space to facilitate cargo transfers between aircraft. The other project, backed by Anchorage firm McKinley Capital through a company called Alaska Cargo and Cold Storage, would be a 700,000-square-foot cold storage and general warehouse space.

By comparison, the FedEx facility at the airport is 450,000 square feet, according to a spokesman from the Alaska Department of Transportation and Public Facilities.

While the Anchorage airport is already the fifth-largest airport in the world by cargo throughput, according to the state, Szczesniak wants to add business opportunities for flights that already make stops here.

“So now not only do you have your stopover, but you have the ability to make revenue by swapping cargo, getting new stuff, dropping stuff off, that it makes Anchorage so much more attractive compared to competitors" such as Canadian airports in Calgary, Edmonton and Vancouver, he said.

Anchorage International is unique among most airports because of expanded rights it has had for cargo transfers since 2004. That means flights with cargo going to or from an international destination can stop in Anchorage and transfer that cargo between aircraft without it being considered to have broken its international journey. That makes the facility all the more attractive for prospective freight business.

Right now, there’s not a facility for aircraft-to-aircraft cargo transfers on airport property. Having one will make the process more efficient and give planes a spot indoors to unload goods.

“This facility will handle the freight and keep it out of the elements," said 6A vice president of sales Lawrence Majewski.

In recent years, state and private entities have identified air cargo as one industry in Alaska that is ripe for growth, by leveraging its prime location between Asia and the Lower 48.

“We’ve already got the planes,” Szczesniak said. “Now, with these projects, we’ll have the infrastructure that makes that process efficient, which will strengthen our market.”

If approved, the projects are expected to be finished two to three years from when work starts. Both are privately funded, and would lease the land from the airport. The 6A Aviation facility has an airline or airlines involved on the project, but Majewski would not say who, citing confidentiality agreements.

The developments “are years overdue,” said Jason Gamache, principal architect on the project, at Anchorage firm MCG Architecture Design. “Our airport’s been hungry for it for quite a while.”

Following a period of challenges around the Great Recession, the U.S. aviation industry in recent years has rebounded some, thanks to e-commerce. While Alaska just weathered a three-year recession, “the overlapping aviation industry has continued to grow,” Gamache said.

“We have a huge resource here, and it’s not the resource everybody often thinks of,” he said. “In fact, a fairly invisible resource.”

The projects would be large investments in Anchorage at a time when some economists say the state may be poised to return to a recession if Gov. Mike Dunleavy’s massive vetoes to the state budget stand. Szczesniak isn’t concerned by such forecasts.

“I saw a great T-shirt back in 2008, and the T-shirt said, ‘I refuse to participate in your recession.’ And that’s kind of our attitude,” he said. “The governor says the state’s open for business, and we’re moving forward with it and I’m not worried about any external issues. We have a tremendous asset here. We’re maximizing that asset.”

Rob Gillam, CEO of McKinley Capital, said that while the firm historically has invested outside of Alaska, more recently it is investing here.

“One of the many things we think is a good idea is world logistics and transportation, which is a play on Asia,” he said. “(The Anchorage airport) is playing a central role in that.”

The demand for the cargo transfer facility is driven by e-commerce growth, said Majewski with 6A.

Amazon recently announced its air cargo operation, Amazon Air, would start serving the airport as of last month. The two proposed warehouse projects are unrelated to that, Szczesniak said.

There’s more cargo expansion happening at the airport beyond these proposed projects. The FedEx Express facility there is set to upgrade gates to accommodate growth in Boeing 777F operations, the state transportation department announced last month.