‘We’ve run into the side of a mountain’: Pilot’s final messages detailed in report on 2018 Denali crash that killed all aboard 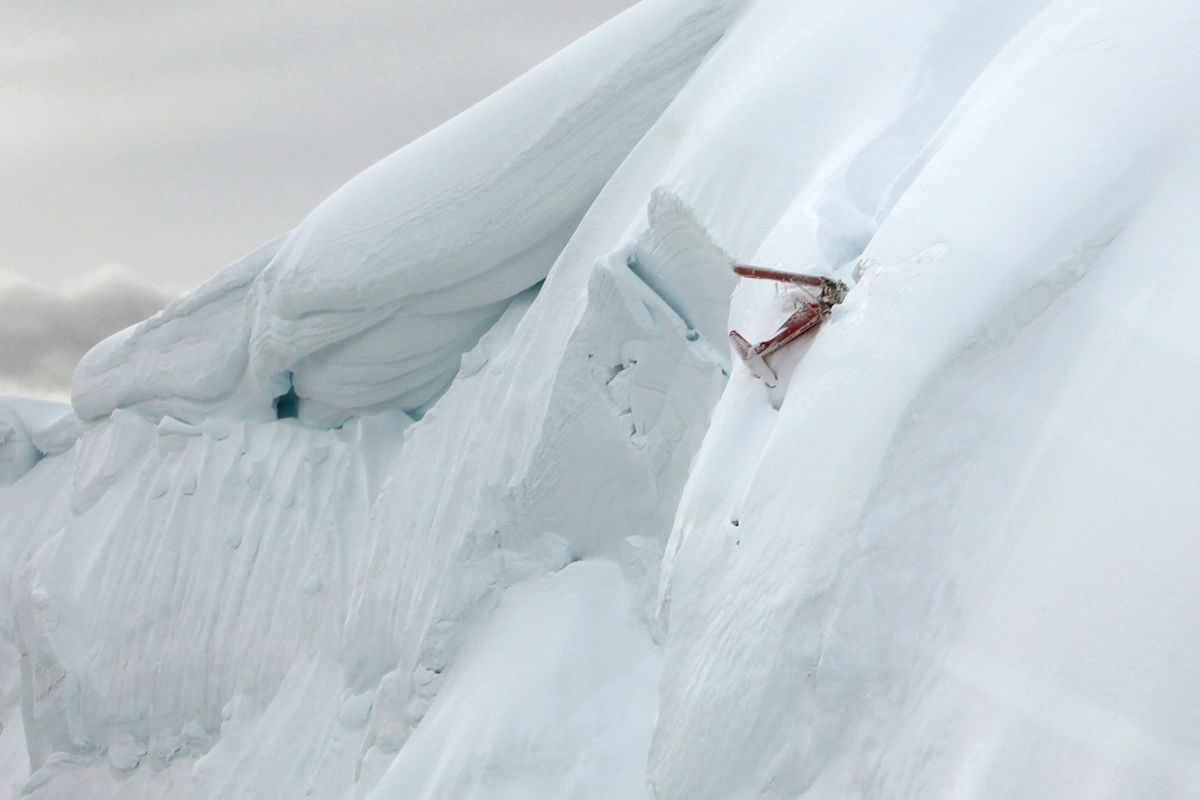 The pilot of a K2 Aviation flightseeing plane that crashed in Denali National Park and Preserve last year was alive and calling his company’s Talkeetna office on a satellite phone minutes after the crash.

Someone in the office handed another pilot the phone. Pinned in the wreckage, Craig Layson sounded scratchy, adrenaline-fueled. The pilot who was in the office told federal investigators what he heard next, according to a new report about the crash that killed all five people aboard, including Layson.

“We’ve run into the side of a mountain," the pilot in the office heard. "Do you know where I am?”

Yes, the pilot told Layson. K2 had him on the satellite tracker. Help was coming.

Another K2 employee, a flight follower, had what he described as a “very broken call" with Layson, who said, “We need help.” The call dropped. The flight follower kept trying and finally got another connection that lasted about two minutes, according to the National Transportation Safety Board factual report released Thursday.

He asked Layson if anyone was injured. He didn’t recall the exact words, but told investigators that the pilot said, “We are all injured. I am wedged into the front of the airplane.”

He asked Layson if there were fatalities.

“I’m not sure,” the pilot responded. “Possibly two.”

The call dropped again. That was the last K2 heard from the wrecked plane.

The remains of four passengers, all members of a Polish tour group, and pilot Layson, a 58-year-old Michigan resident, remain in the area of the crash site high in the Alaska Range. So does the de Havilland Beaver in which they died. The wreckage is buried in snow, its exact location unknown.

The flight left Talkeetna’s airport around 5 p.m. Aug. 4, 2018, on a popular tour of Alaska Range peaks and glaciers surrounding Denali, North America’s tallest mountain. The Beaver with K2′s distinctive red and white colors flew over the climbing base camp on Kahiltna Glacier and turned back for town.

But something went wrong — investigators still haven’t released a probable cause — and the Beaver smashed into a knife-edge ridge high on Thunder Mountain about 14 miles from Denali’s summit.

Initial reports described all passengers as Polish, and authorities at that country’s embassy declined to release their names. A log in the new report lists three of the passengers’ home countries as Canada, Germany and Poland. The country of a fourth is not identified.

Pilot Layson was an auto shop owner with three grown children, a sense of adventure and a passion for aviation that started with his first solo flight at age 16, according to a report in The Detroit News.

K2′s chief pilot in Talkeetna, Chris Wilson, described Layson as a pleasure to fly with — very professional and passionate about airplanes.

“I have never had a pilot ever wash his own airplane every morning,” Wilson told investigators in an interview after the crash, according to a transcript included in the new report. “'They fly better clean,' he would say.”

Last summer was Layson’s second season flying the challenging weather and terrain of the Alaska Range.

K2 is operated by Rust’s Flying Service, a family-owned company with about 30 pilots and more than 20 planes.

The company emailed a statement in response to the release of the report: “It has been over a year since the tragic accident involving our plane, our friend and pilot Craig Layson, and our passengers. We continue to hold the families in our thoughts, especially as they read the NTSB report. Additionally, we appreciate the NTSB’s ongoing efforts and we are cooperating fully with the agency as they continue their investigation.”

Before the crash, Layson and the others left Talkeetna on a nice summer afternoon: partly cloudy, temperatures in the low 70s. But the report describes a developing weather system in the mountains to the north of the accident site.

Other pilots flying in the area of the crash that day described changeable conditions. One, flying in the park earlier, recalled the weather was “nice” with an 8,000-foot ceiling but 20- to 25-knot winds and some turbulence, according to an interview summary in the report.

Another pilot actually passed Layson in the air, and described the weather over Kahiltna Glacier as “relatively open” but with clouds obscuring the top of Thunder Mountain, where the ill-fated flightseeing plane ultimately crashed. Another pilot in the area said a solid layer of clouds ran from the Kahiltna Icefall to Mount Hunter, obscuring Thunder Mountain, which also had fog at its base.

After the crash, the weather closed in. Turbulence and dangerous conditions kept rescuers away for two days. Even then, a helicopter could hover only 5 minutes while a ranger hung from a rope peered into the wreckage and found no signs of life.

The airplane was “highly fragmented and the right wing had separated and fallen several hundred feet below the main wreckage,” according to the report. “The fuselage was fractured aft of the trailing edge of the wing and the fuselage was splayed open with blown snow inside.”

The wreckage has since vanished.

The hanging glacier on which the plane rested separated from the mountain last fall or winter, shedding 4,000 to 6,000 tons of rock, ice and snow to the slopes below, officials say.

The plane, concealed beneath a layer of snow, could be anywhere under the release point though it likely came to rest on an unnamed fork of the Kahiltna Glacier far below, according to park service spokeswoman Maureen Gualtieri.

There are no plans to recover the bodies of the five crash victims or the plane.

“Not only are we unsure where it is now, but the danger is still clearly still there,” Gualtieri said.

The new report shows federal investigators asked numerous questions during interviews about training at K2 to avoid a major problem in Alaska aviation called “controlled flight into terrain” or CFIT, as it’s known: An airworthy plane under the pilot’s control flies into rising or flat ground, often in low cloud ceilings, reduced visibility or flat light that makes it difficult to pick out topography below.

Rust’s chief pilot, Dan Baldwin, said the company trains pilots in a CFIT escape maneuver that’s basically a 180-degree turn to get out of bad weather, climbing if a pilot’s in the clouds. The company simulates bad conditions with “foggles” in the plane during trainings.

Rust’s director of operations, Todd Rust, told investigators last October that his company’s safety practices included paying pilots whether they flew or not.

Asked if, given his decades of flying experience, Rust had any perspective on the crash, he answered: “Yeah, I’m just at a total loss really. I mean, I can just candidly say I don’t understand how a good pilot with good equipment ended up in a situation like that ...”