Alaska Airlines plane struck by lightning before landing in Cordova 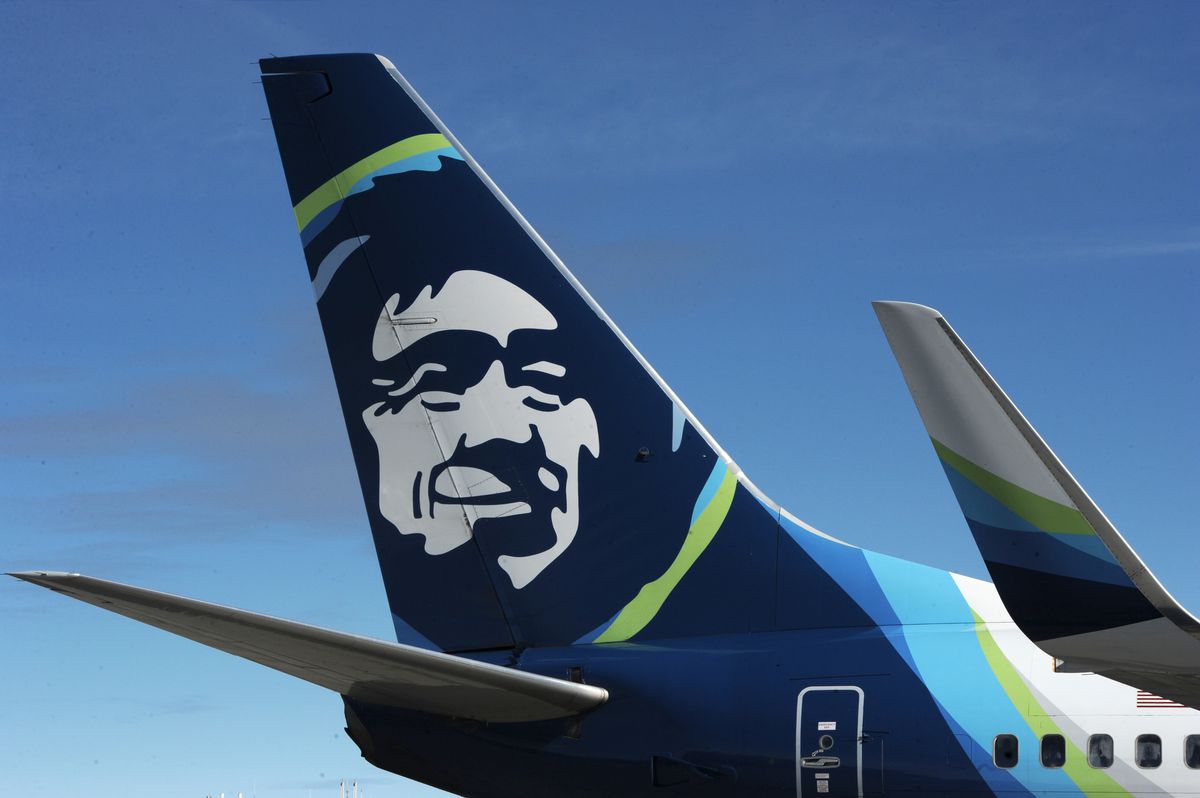 An Alaska Airlines jetliner flying from Anchorage was struck by lightning Monday evening as it prepared to land in Cordova. The Boeing 737-700, with 60 passengers, landed safely and no one was hurt.

Passenger Steve Bambakidis said he heard a large noise and felt the plane shake as it prepared to touch down in Cordova at around 4 p.m. He was traveling from his home in Portland, Oregon, to Cordova, where he works as IT director for the Native Village of Eyak.

“The engine exploded, is what it sounded like,” he said. “It was hit hard and we saw flames shooting out.”

Bambakidis said he thought he was going to die. But the plane took the hit and kept flying, landing safely shortly after.

The flight was scheduled to pick up additional passengers in Cordova and continue on to Yakutat and Juneau before reaching Seattle. After the lightning strike, the plane was instead taken out of service and flown to Seattle for a mechanical inspection, said Alaska Airlines spokesman Tim Thompson.

The lightning did not cause any major damage. Thompson said what Bambakidis called “flames shooting out” was likely static discharge from the plane’s wings as the lightning struck.

The roughly 30 passengers who had planned to continue to further stops were rescheduled for flights Tuesday, he said.

Thompson said it’s not entirely uncommon for planes to be struck by lightning. It doesn’t put passengers in danger, he said.

“The planes are designed to be able to handle lightning,” he said. “... It doesn’t happen a lot, but it does happen on occasion.”

Thompson said the planes are built to withstand lightning and other forms of severe weather. He said he isn’t aware of any crashes caused by lightning.

Thompson said in the vast majority of cases, the damage is minimal and the plane is generally safe to fly after being struck by lightning. Sometimes the plane ends up with a burn mark along the aircraft’s skin, he said.

Thompson was unsure if the lightning caused any damage to the plane Monday, but it flew safely to Seattle for inspection.

Generally, flights that are struck by lightning also experience some turbulence, but Thompson said passengers usually can’t tell if their plane has been struck.

There were light snow showers and temperatures in the mid-20s to low 30s throughout most of Monday in Cordova, said National Weather Service meteorologist Bob Clay.

Winter lightning is more common along coastal areas because storms generally form over warm bodies of water when cold, unstable air moves overhead, Clay said. As rain or snow showers form, lightning or thunder can occur and the storms can then be pushed onto the coast.

Bambakidis said the Monday evening flight from Anchorage to Cordova was relatively choppy, but he wasn’t concerned until he saw the lightning strike. He was thankful the plane landed safely, he said.

“Everyone on the plane was shook up, but both pilots did a great job," Bambakidis said.