First a bump, then a stall alarm before medevac plane crashed into Unalaska waters 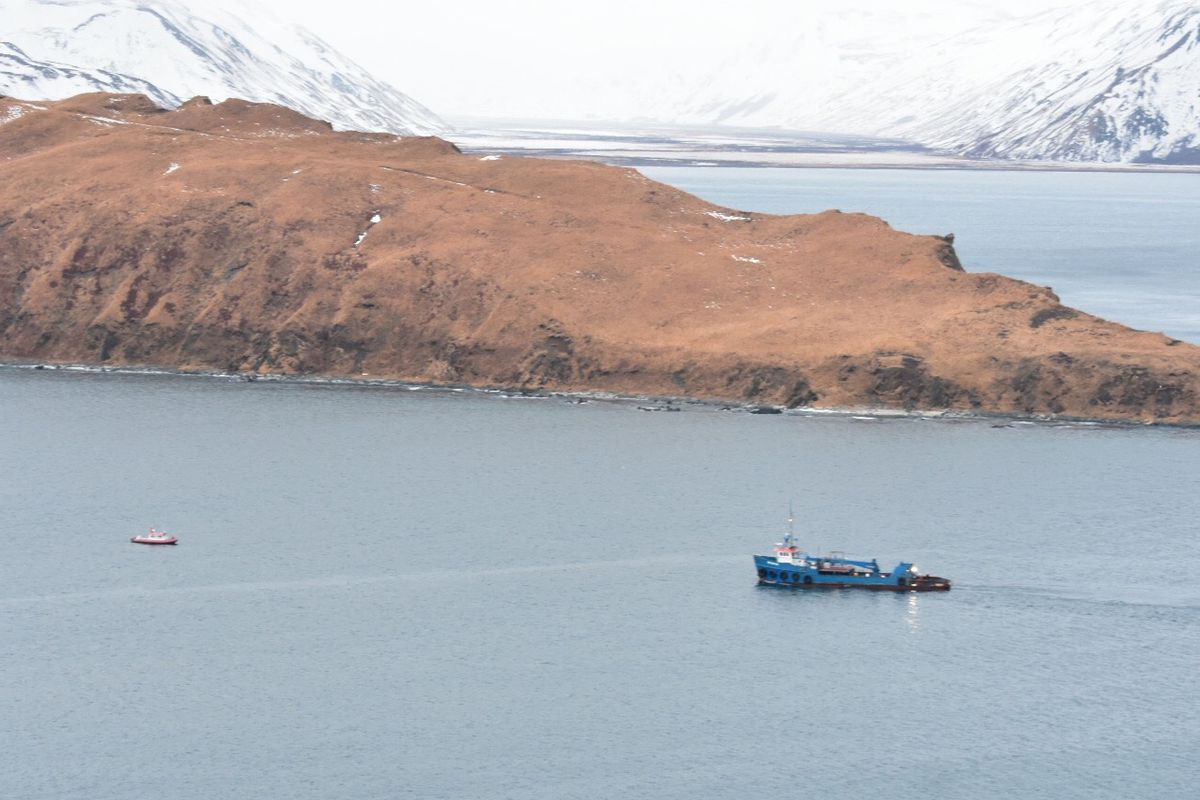 Crew members felt a large bump just before a medevac flight took off from the Unalaska airport runway but then descended into the frigid waters of Unalaska Bay in January, according to a National Transportation Safety Board preliminary report.

The Beechcraft King Air 200 turboprop chartered by Aero Air was heading to Adak to pick up a patient when the crash happened Jan. 16. A LifeMed flight nurse and paramedic on board were not injured, and the Aero Air pilot suffered only minor injuries. They were rescued from a life raft within a half-hour of the crash.

The pilot reported that as he took off after 8 a.m., the plane climbed briefly, “followed by a sinking sensation,” the NTSB report said.

“The air speed rapidly decayed and the stall warning horn sounded,” according to the report.

As the pilot tried to correct for the slowing speed, he lowered the nose of the plane and immediately saw water reflecting the lights, the report said. He leveled the wings just before the plane hit the water.

Crewmembers said there was a loud noise, “as if the airplane struck something at the end of the runway,” as the plane was taking off before it went into the water.

Water began to fill the plane and the crew escaped in a life raft, the report said. The plane sank about 100 feet offshore in waters about 50 feet deep, according to a report from the Alaska Department of Environmental Conservation.

The crash came at the tail end of a harsh Aleutian Islands windstorm, John Lucking, chief of the Unalaska Police Department, said that morning. Winds were reported east-southeast at 16 knots with gusts up to 22 knots, the NTSB report said. There was 6 miles of visibility in the light rain and mist, according to the report.

Clint Johnson, NTSB Alaska chief, said the investigation is ongoing but it’s too early to pinpoint what caused the crash. Investigators plan to conduct a more thorough interview with the pilot soon and will analyze a voice recording from the cockpit.

The crash came three months after a PenAir commercial flight landing at the same airport skidded off the runway, stopping just short of the water. One passenger died.

Since November, at least two other planes carrying medical flight crew members in Alaska have either crashed or made an emergency landing.

Two Medevac Alaska crew members and a Security Aviation pilot were killed in a Kenai Peninsula crash on Nov. 29. Two companies had earlier turned down the flight on the day of the crash due to weather concerns.

A single-engine plane experiencing engine failure made an emergency landing on a frozen lake in a remote part of Southwest Alaska on Christmas Eve. The plane was returning to Anchorage after crew members transported a patient to New Stuyahok. No one was injured.

Shortly after the January medevac crash at Unalaska, officials from Aero Air and LifeMed both commended the pilot and crew for their reactions.

“It was the best possible outcome you can have in a situation like that,” said Matt Isley, general manager for Aero Air.