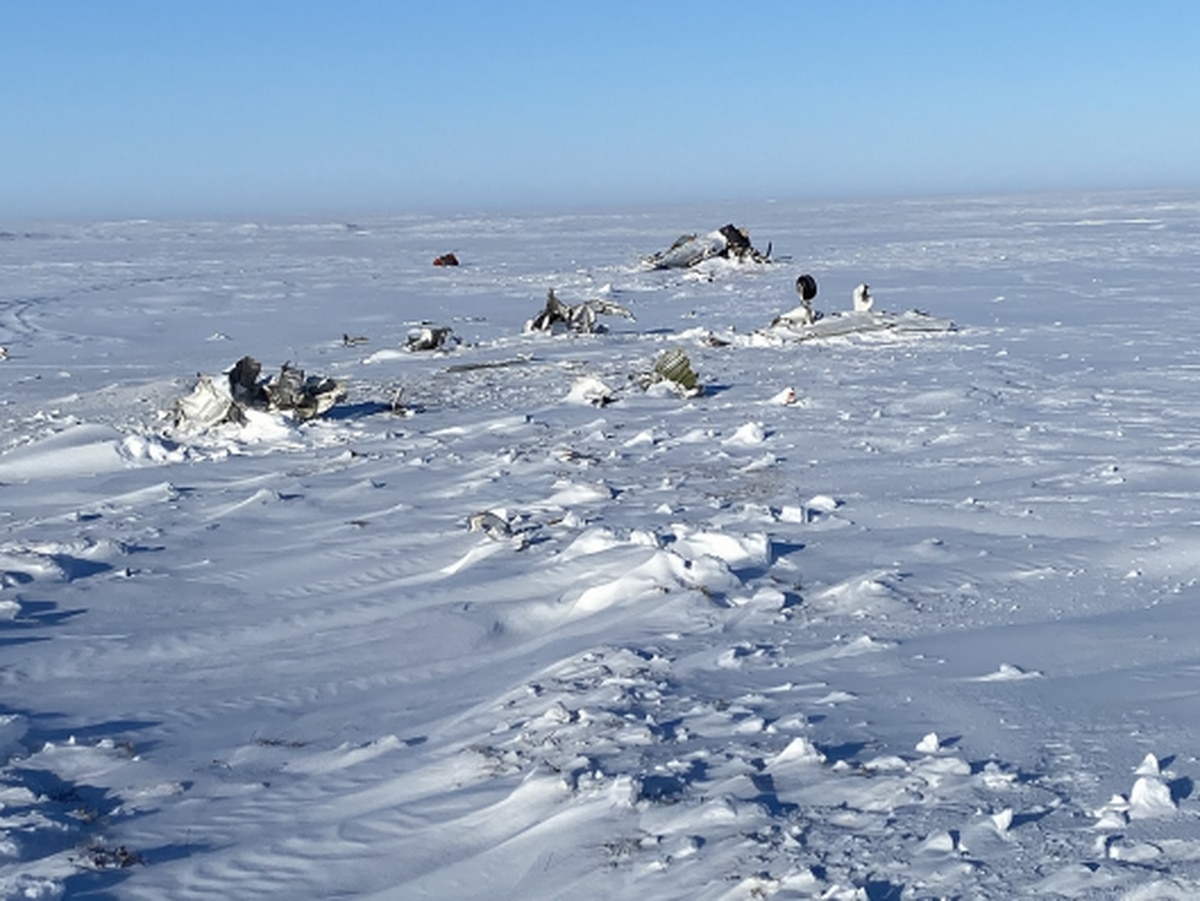 The wreckage of a Yute Commuter Service plane spread nearly 400 feet across "snow covered tundra" after the aircraft crashed Feb. 6, 2020, about 12 miles southwest of Tuntutuliak, according to the National Transportation Safety Board. All five people on board died. (Photo courtesy NTSB)

The wreckage of a Yute Commuter Service plane spread nearly 400 feet across "snow covered tundra" after the aircraft crashed Feb. 6, 2020, about 12 miles southwest of Tuntutuliak, according to the National Transportation Safety Board. All five people on board died. (Photo courtesy NTSB)

The Yute Commuter Service pilot who died when the plane crashed earlier this month in Southwest Alaska had been with the company about a month, according to a preliminary report from the National Transportation Safety Board.

The plane departed Bethel on Feb. 6 and was headed to Kipnuk, about 100 miles southwest. Pilot Tony Matthews, 34, as well as Kipnuk residents Quintin Peter, 18; Quintin’s mother, Carrie Peter, 45; Charlie Carl, 66; and Donna Mesak, 42, all died when the plane crashed about 12 miles southwest of Tuntutuliak.

Flights in Bethel were delayed that morning because of low clouds, according to a Facebook post from Yute Commuter Service, which is owned by Paklook Air.

The plane took off just after 10:30 a.m. with overcast clouds hanging around 600 feet, the report said. Nathan McCabe, general manager of Yute Commuter Service, said planes can take off once cloud ceilings are at 500 feet and there is 2.5 miles of visibility.

McCabe said that the plane took off under a special visual flight rules clearance, which means that pilots are using extra caution because weather conditions may change during the flight.

“We’re in Alaska — it could be beautiful in one minute and terrible, awful weather in the next,” he said.

An agent from Kipnuk reported the plane overdue around 11:40 a.m., the report said. In the hour after the crash, both the Kipnuk and Bethel airports reported that visibility had dropped as low as a half-mile in light snow, mist and freezing fog, the report said. The cloud ceiling was around 400 feet.

Yute sent two planes to search for the flight, and around 1:50 p.m. a crew member spotted the wreckage, the report said. An Army National Guard UH-60 responded to the area with two LifeMed crew members.

The highly fragmented wreckage was spread across nearly 400 feet “on level snow covered tundra,” the report said. The wings were separated from the main cabin, which was torn into numerous pieces.

Investigators and search and rescue crews reached the area again the next day by snowmachine and plane.

The plane was not equipped with a recorder device. McCabe said recording devices are not required, but Yute has been working to add them to the planes.

Yute is a commuter airline that flies throughout the Yukon-Kuskokwim Delta, according to its website.

Matthews joined the company Jan. 7 and had a total flight time of 611 hours. Commercial pilots must complete 250 hours of flight time to be licensed.

The flight that crashed was his fourth flight for Yute outside of training, the report said.

McCabe said Matthews came to Bethel for the job and, like many pilots, he worked in two-week shifts.

When 66-year-old Charlie Carl left his niece’s home in Bethel on Feb. 6 and headed toward the airport, he was “extremely happy — he was glowing,” said his niece Denise Chaney.

He’d spent the previous night visiting with Chaney’s children, whom he considered his grandkids. In the morning, he fixed a cup of coffee that she joked was too weak.

The visit was routine — Carl visited Bethel a few times a month to see Chaney, her brother and each of their children. He also went to medical appointments in Bethel.

When Carl left, he usually told Chaney he needed to go check on his house and get back to Kipnuk. But that morning, she remembers, he simply said, “I’m going home.”

Carl was passionate about subsistence living, Chaney said. He “always had food in his hands” and wanted to make sure his family had more than enough to eat. He loved to cook Native foods and frequently prepared walrus, seal and fish, she said.

Carl had more than 20 nieces and nephews, but Chaney said he was especially close with the four he helped raise. Carl raised Chaney and her brother since they were teenagers and considered them his own children.

“He took us under his wing,” she said. “He made sure we graduated school and achieved our goals. He always let us know how proud he was of us.”

Every summer, Chaney’s children stayed with “Grandpa Charlie” in Kipnuk. His grandkids, she said, were the center of his life.

“His heart was filled with love,” she said. “You could meet him and two minutes later he’d tell you that he’s your best friend. There’s a rare amount of people like him in the world.”

Carrie Peter, also known by the nickname Girlie, and her 18-year-old son, Quintin Peter, also known as Muggie, also died in the crash. Carrie left behind her husband and five other children, according to an online fundraiser. The family declined to comment further, as did relatives of 42-year-old Donna Mesak.

‘We are with them at heart’

Yute general manager McCabe said the airline plans to add safety requirements in the wake of the crash. Pilots will undergo a longer training period and will stay within a 40-mile radius of Bethel when they begin.

The company has had several accidents during the past year, although this was the first to turn deadly.

In April, a Piper PA-32 lost power after departing Aniak Airport. The pilot and three passengers were not injured when the plane made a forced landing, according to an NTSB preliminary report.

A Yute Commuter Service plane crashed into Goodnews Bay after takeoff in November, an NTSB report said. The pilot and another pilot who was in training climbed atop the damaged aircraft and waited in water nearly waist deep until a rescue boat arrived 20 minutes later, the report said.

McCabe said the deadly crash had an impact on the entire Bethel community, including Yute staff. The company brought in counselors following the accident and flights were canceled for three days immediately afterward.

The airline offered to deliver food to Kipnuk for the grieving families, and he said it also provided flights to the village for direct family members.

“It was a very, very unfortunate event,” McCabe said. “It’s not something anyone wants to endure. We feel for the families — we are with them at heart.”

Correction: A previous version of this story incorrectly reported the number of hours required for commercial pilot licensing.