To survive the pandemic, Alaska Air prepares to shrink and shed thousands of jobs 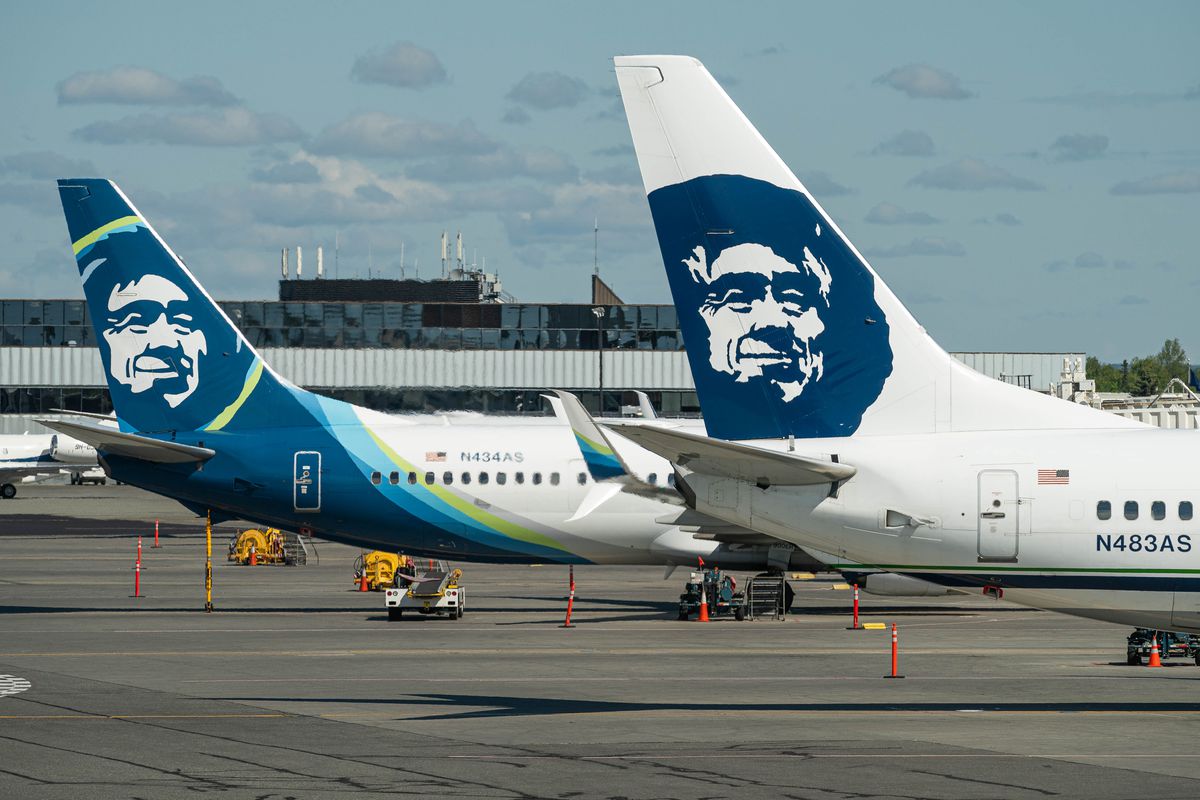 Alaska Airlines projects a slow recovery from the rapid decline in air travel due to the coronavirus pandemic, and it’s preparing to shed as many as 3,000 jobs from its 23,000-strong work force.

"Things will likely not go back to pre-COVID levels in the next 12 months," said Alaska Air Group president Ben Minicucci in a video interview. "We see a smaller company in 2021. We see a smaller industry, in fact. We think we'll be smaller by about 3,000 people."

Cole Cosgrove, an Alaska Airlines spokesman, said the company does not know how many Alaska-based workers might be affected, in part because of uncertainty about the level of demand next summer.

The airline has about 2,000 Alaska-based employees.

“We do believe that furloughs will be necessary,” he said.

For front-line jobs like pilots or flight attendants, those with the least seniority would be furloughed first, he said. The most senior employees would return to work first.

October would be the earliest that any furloughs, or layoffs, would start, he said.

“It’s really demand-driven,” Cosgrove said. “We are working with the labor union leaders over the next probably two months, to try and figure out what everything will look like.”

Minicucci also said the airline is in talks with Boeing over when it may take delivery of its first 737 MAX jets once the grounding is lifted, a development now expected in the fourth quarter.

Alaska has orders for 32 MAX-9s, with options for 37 more. At the end of March, the plan was to take three of those jets this year, with another seven MAX deliveries pushed out into 2021.

Minicucci said it's hard to say now if the airline will take any MAXs in 2020.

"We haven't made firm decisions," he said. "Long term, we'll have MAXs in the Alaska fleet, for sure. We're big Boeing supporters."

As 2020 began, Alaska was emerging from the complexities of acquiring Virgin America three years earlier. In late February, management internally outlined a plan for aggressive growth that anticipated the airline buying 200 new jets over the next decade.

"It was like someone had their hand on a valve and just turned off the valve," said Minicucci. "We went from carrying 130,000 passengers a day to a trough of just 5,000 a day."

He said traffic has come back up to around 24,000 passengers per day. But revenue is still down 80% compared to a year ago. While he's hopeful that domestic leisure travel will pick up substantially later this year, the prospect is worse for the return of more lucrative business and international travelers.

"We don't see that coming back either in the fourth quarter or into next year," Minicucci said.

He said Alaska this summer will bring back into service 20 jets that are now in storage. The company's total seat capacity will be 40% of last year's figure in July, and about 50% in August.

Still, Minicucci said, the airline's models predict revenue in the fourth quarter will only be around half of what it was last year, and "we see revenues down 20% to 35% in 2021."

He said Alaska will try to respond flexibly if the recovery proves better than that.

"As we see demand improve and restrictions being lifted ... if there's an opportunity to grow, Alaska will grow," said Minicucci. "We're trying to be optimistic, yet also brutally honest and realistic."

That realism focuses on cutting costs to stanch the bleed of cash. Last month the company was spending $5.5 million more each day than it took in. Management has said that to survive the crisis it needs to reach zero cash burn by year end.

Otherwise, Minicucci said, "the debt hole will be so big it will limit our ability to buy airplanes in future."

Alaska's unions are preparing to hear details of the planned job cuts and hoping to find ways to make the reductions via voluntary means rather than layoffs.

Capt. Will McQuillen, chairman of the executive council of Alaska's pilot union, the Air Line Pilots Association (ALPA), said he's been encouraged by the tone and tenor of recent preliminary discussions with management.

"There are ways to navigate the uncertainties that don't require actual pilot furloughs and provides the company flexibility," McQuillen said.

These include incentives for either early retirement or longer term leave, increasing part-time flying schedules, and reducing the pilots' guaranteed pay without cutting the pay rate.

Minicucci said the first priority is to make passengers comfortable about flying as the economy reopens.

To do that, the company this week listed a series of safety protocols, including a check-in process on the Alaska app that asks each passenger to confirm that they have no coronavirus symptoms.

“We just have to see how demand comes back,” said Minicucci.