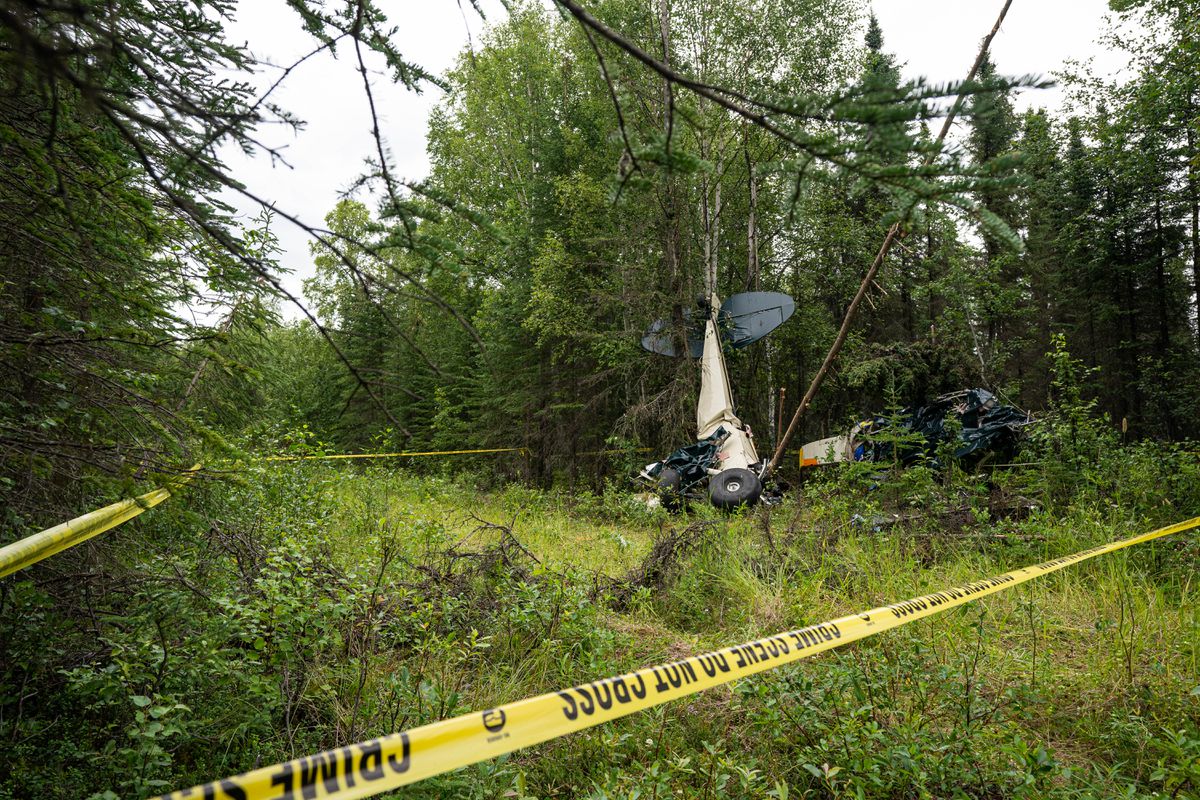 An Alaska state legislator is among seven dead after two aircraft collided in midair Friday morning near Soldotna’s airport on the Kenai Peninsula, a crash witnessed by numerous people on the ground.

One of the aircraft involved in the crash was a single-engine de Havilland DHC-2 Beaver, according to a statement from the Federal Aviation Administration. The agency originally described the other plane as a twin-engine Piper Aztec but by Friday afternoon had confirmed it was a Piper PA-12.

Rep. Gary Knopp, a 63-year-old Kenai resident who served in the Alaska Legislature, was the only person in the other plane, troopers said.

All were confirmed dead at the scene of the crash on scene except for one person who died on the way to Central Peninsula Hospital in an ambulance.

Bell was part of a family that owns and operates High Adventure Air Charter, based on Longmere Lake in Soldotna. The business offers fishing, hunting, bear viewing and glacier tour trips as well as custom charters.

High Adventure Air on Friday posted a message on its website confirming that one of its aircraft was involved in the crash.

Investigators from FAA and National Transportation Safety Board are investigating the crash.

Multiple witnesses saw it happen, troopers say. Just before 8:30 a.m., they started getting the first reports of the crash about two miles northeast of the airport near Mile 91.5 of the Sterling Highway. At least some of the wreckage came down where Mayoni Street meets the highway.

Most of the wreckage landed about 200 yards from the road, which was closed briefly due to safety concerns and debris. Troopers, Soldotna Police Department, Central Emergency Services, Alaska State Parks and FAA investigators responded to the crash site.

Rita Geller, a shop attendant at Birch Ridge Golf Course about two miles northeast of the Soldotna Airport, saw one plane go down.

Geller said she started running when she heard the planes collide and watched as one fell to the ground just east of the golf course.

“I ran to more of a clearing and basically saw it explode. The engine, things were flying off of it. I didn’t see the second plane, but I saw a lot of debris flying around,” she said. “It was horrific. It was just like 9/11.”

Kevin Carpenter, owner of Sundog Serigraphics, was working at his store’s front desk when the collision happened. Debris landed in the parking lot.

High Adventure takes fishermen on regular flights between Longmere Lake and rivers on the west side of Cook Inlet, flying over his business most summer mornings, Carpenter said.

Friday’s crash was close by.

”The sound of that thing when it hit, it’ll just rattle your teeth,” he said.

National Weather Service reports from the Soldotna airport for Friday morning showed clear visibility, with broken clouds at 10,000 and 4,500 feet.

Sen. Peter Micciche, a Republican from Soldotna, said in a statement that he “heard the horrific sounds of a plane crash” and immediately figured he knew someone involved. Micciche’s home is near the golf course.

”I have known Gary Knopp and Greg Bell for most of my life,” he said. “Gary has served the Kenai Peninsula community for decades. I have flown with Greg and never felt to be in better, more safety-focused hands while in the air. We are reeling from the loss to our community.”

We live in a small, tight community here in the Central Peninsula. When I heard the horrific sounds of a plane crash...

Knopp, a longtime contractor who was also a flight instructor and pilot, was elected to the Legislature in 2016. Gov. Mike Dunleavy on Friday ordered U.S. and Alaska state flags to be flown at half-staff in honor of Knopp for three days beginning midday Friday and ending at sunset Monday, with flags returning to full-staff at sunrise Tuesday.

Dunleavy and his wife, Rose Dunleavy, offered their condolences to the families of the seven crash in a statement: “The First Lady and I were heartbroken to learn of the accident above Soldotna today, and our deepest sympathies go out to the families mourning these untimely deaths. I can assure them that investigators will have the State’s full cooperation as they begin to unravel this morning’s tragic events.”

According to a South Carolina television station report, Caleb and Mackay Hulsey were brothers and Heather Hulsey was married to Caleb.

The Hulseys are listed as living at the same address in Roebuck, South Carolina. A neighbor across the street confirmed that Hulsey family members live there and that Caleb and Mackay are brothers, but he declined to comment further.

Correction: This story has been updated to reflect that pilot Gregory Bell was 57, not 67, and Rep. Gary Knopp was 63, not 67, as troopers initially reported.