Is there a property crime wave near Anchorage's Valley of the Moon Park? Not according to police. 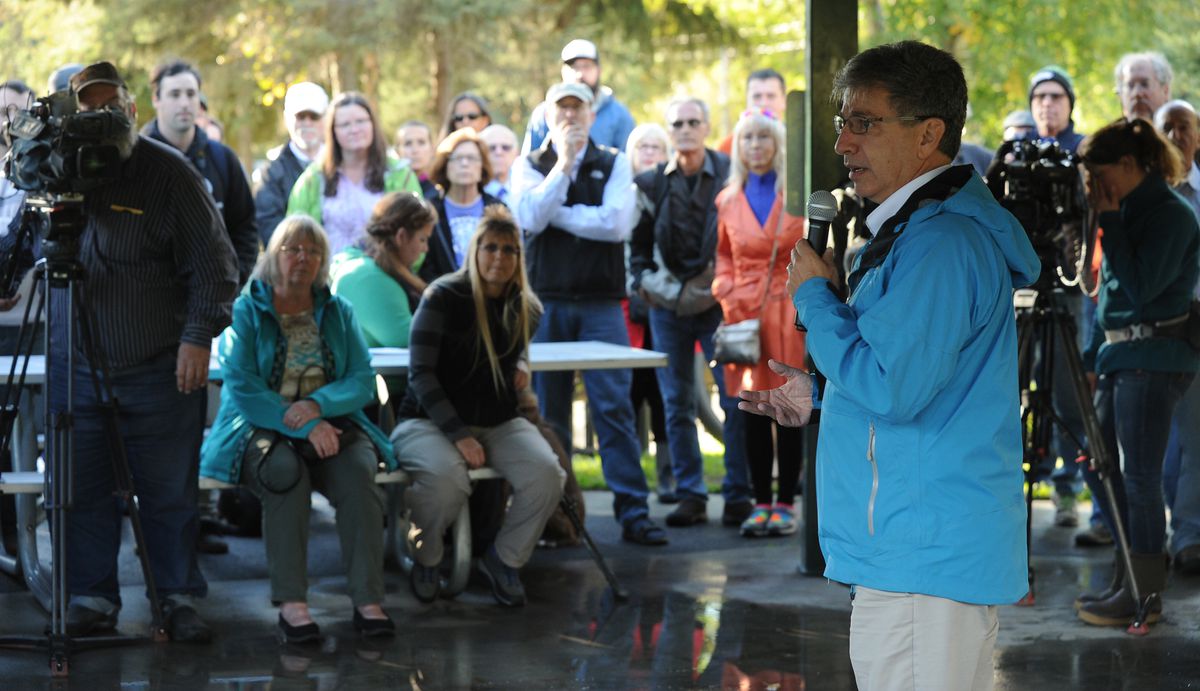 Has property crime spiked this year in the neighborhoods surrounding Valley of the Moon Park, as numerous residents have asserted to Anchorage Mayor Ethan Berkowitz in recent community meetings?

Not according to the Anchorage Police Department. Crime report data provided by the department show that in the North Star Community Council area, which runs south of Valley of the Moon Park, reports of property crime — property theft, vehicle theft and burglary — have been relatively flat since 2014.

Two killings in Valley of the Moon Park in late August spurred a wave of concern from neighborhood residents, but at recent community meetings, Berkowitz has particularly heard complaints about theft and property crime.

Many residents say property crime is constant and rising, but that's not what police data show.

In the South Addition Community Council area, from Valley of the Moon Park north to the Delaney Park Strip, there have been 140 theft reports so far this year, compared to 146 in 2015 and 142 in 2014.

Vehicle theft in the North Star area is the only category that's seen a noticeable spike, the data show. But that's been a pattern across all of Anchorage this year, not just near downtown, said police spokeswoman Jennifer Castro.

A letter from Valley of the Moon residents sent earlier this month described rampant theft that had "eliminated any room for human error" by area residents in forgetting to lock doors.

But if Valley of the Moon neighbors have indeed seen a significant spike in property crime, Castro said, people aren't calling the police about it.

"We can't respond to what we don't know," Castro said. "If there is stuff that's going on, people need to be reporting that. We can't stress that enough."

Doll said he spoke with one resident who suggested her perception of crime had increased because she was more active on social media.

"I understand the perception that it's up," Doll started to say. There were sounds of protest.

"It's not a perception," resident Mike Selhay said, across the room.

Timothy Feller told Doll that he didn't use to lock his door three years ago, but does now. He questioned whether something was wrong with the statistics.

"Or it's underreported," Doll said.

One longtime resident, Karen Deatherage, said she felt there has indeed been a spike at least in petty theft. She said her gas can was stolen out of her yard. She didn't report it to police, she said. But she said she was using Nextdoor.com to report crimes.

Doll acknowlged that police may not respond to reports of theft made over the phone or online.

But he said the reports contribute to a bigger picture. Police can identify emerging trends, which may influence where resources will be allocated, he said.

"Like the gas can, you didn't report it, but's important for us to get that information, not just from a go-out-and-solve-that crime," Doll said, looking across the room at Deatherage.