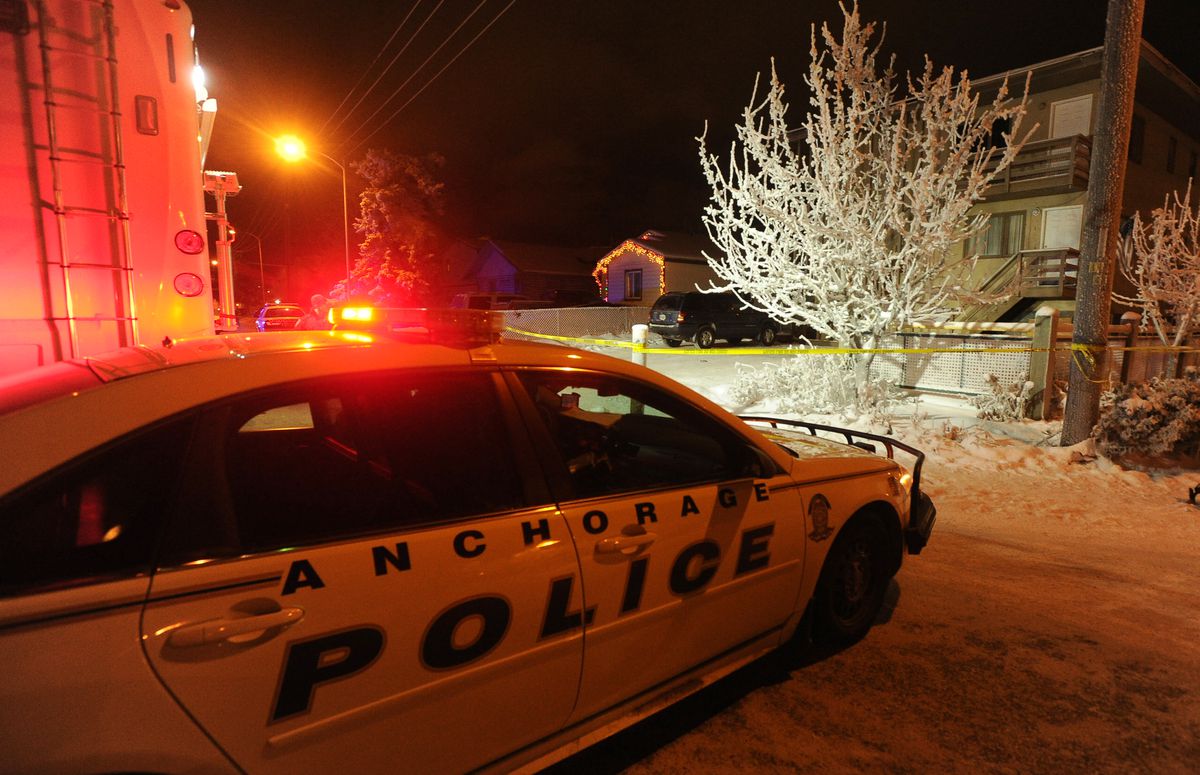 Anchorage police respond to the scene of what is being described as a double homicide in the 4100 block of Peterkin Avenue on Saturday. (Bob Hallinen / Alaska Dispatch News)

Anchorage police respond to the scene of what is being described as a double homicide in the 4100 block of Peterkin Avenue on Saturday. (Bob Hallinen / Alaska Dispatch News)

Two people were killed in a shooting in Anchorage's Mountain View neighborhood on Christmas Eve, and police said they did not have a suspect in custody.

The shooting occurred in the 4100 block of Peterkin Avenue around 4 p.m., police said.

There were at least six police cars and a crime scene team in the area of Peterkin and North Park Street around 6 p.m. Saturday. Police blocked off an apartment building with crime scene tape.

The Anchorage Police Department did not immediately release identities of the victims, and said early Saturday evening there was no suspect in custody.

APD Sgt. Steve Childers said it "sounds like there was a disturbance" at the apartment building.

"Neighbors had heard the commotion and looked out the window to see people running away from the scene, but it could be people who were scared or whatever, so we're not certain the number of suspects," said Childers.

The body of one victim was still in the apartment building Saturday around 6 p.m. and the other was at the Alaska Native Medical Center, Childers said. The person at the hospital had been shot multiple times, Childers said.

These deaths mark the 33rd and 34th homicides in Anchorage this year. The 32nd occurred early Friday morning outside a downtown bar.