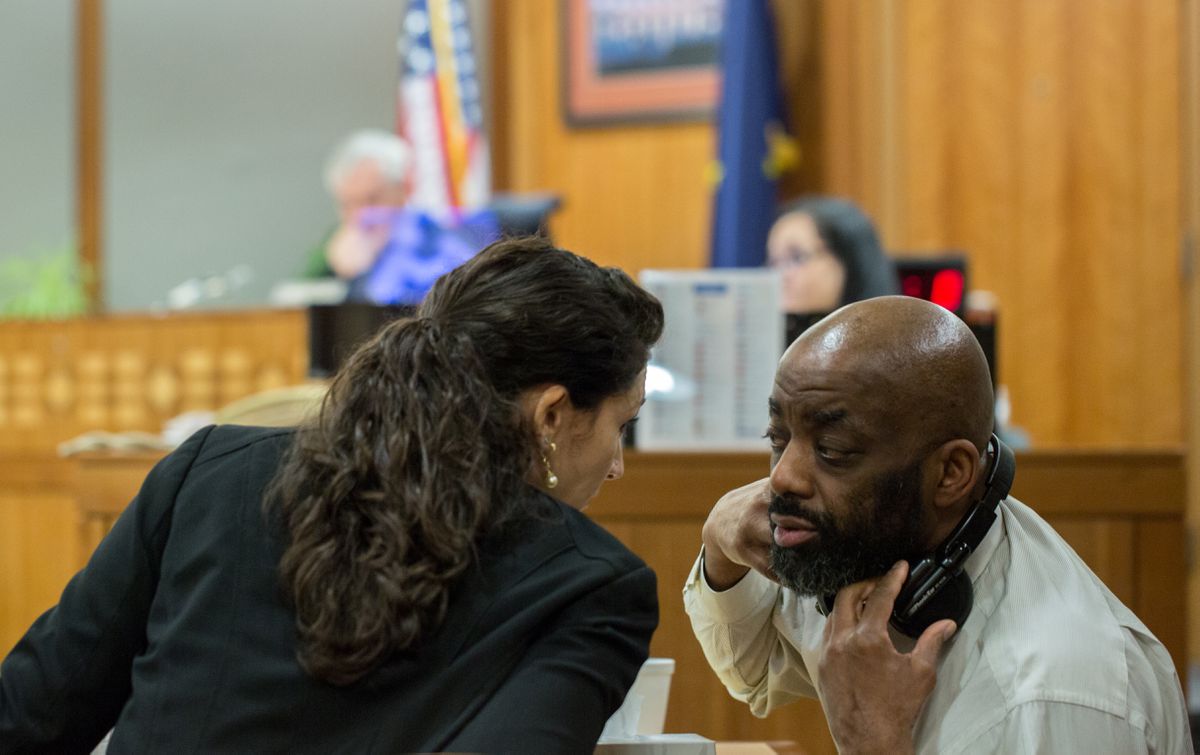 As he ran his sex trafficking ring over the years, Troy Williams always recruited the same kind of girls, assistant attorney general Adam Alexander told a jury Wednesday, as he gave his closing argument in Williams' trial.

They were older teenagers, mostly Alaska Native, he said. They had rough childhoods in villages or elsewhere. Some were addicts. And, he said, they were usually broke.

At first, Williams was like Prince Charming, Alexander said. He met wayward teenagers and promised them a fresh start. He bought the young women things and gave them a place to live.

"He was a very talented man, and sometimes very charming," Alexander said.

But then he got controlling, like "a strict dad," Alexander said. Eventually, he told them they had to have sex for money and give him the proceeds, he said. And with those who challenged him, Williams got violent, beating or torturing one in view of the others to reinforce his power, the prosecutor said.

A jury will now decide whether Williams, 49, is guilty of eight counts of felony sex trafficking for operating a prostitution ring from 2004 to 2011. Investigators said that he and a woman, Heidi Ross, forced women to have sex for money under threat of violence.

Ross, who faced fewer charges, pleaded guilty and has completed her jail sentence. At the time they were charged, their crime was called "promoting prostitution." The wording of the statute has since been changed to call the crime "sex trafficking."

Williams' attorney, assistant public advocate Jim Corrigan, told jurors to think carefully about the prosecution witnesses' credibility. All the witnesses, he said, were promised immunity from criminal charges in exchange for their testimony.

The prosecution's case relies on four female witnesses who worked for Williams. During the trial, they described sadistic beatings, being denied food and sleep and being forced into icy baths. They depended on Williams for food, clothing and shelter and had no money of their own.

Prosecutors said Williams ran his operation with help from female overseers, known as "bottoms," especially while he was serving time in jail for armed robbery. One of his overseers would take pictures of the women who were going to be forced to work and post ads online, using his credit card. The women would be driven to meet men, or, if they didn't have any scheduled "dates," they would be taken to walk a section of Spenard Road they called "the track," Alexander said.

Ross was a bottom who was sometimes violent toward the women who worked for Williams, Alexander said. Another bottom who testified in the trial took beatings in place of women who Williams said misbehaved.

A woman described a scene at the Mush Inn where, as punishment for disobeying Williams, she was forced to stand naked on a chair, Alexander said.

"Then (Williams) beat her as she cried, leaving welts from the waist down," Alexander said.

There were other women in the room during the beating, Alexander said. He replayed the woman's testimony over the courtroom speakers.

"They watched," the witness said, her voice choked with tears. "They watched me get beat."

After the beating, she was forced into a cold bath. One witness testified that she had seen the woman loaded into a trunk of a car for refusing to dress as Williams requested.

Corrigan told the jury that the fact the women were getting immunity was why they shouldn't be trusted to tell the real truth rather than what the state wanted them to say.

He described the witnesses as naive freeloaders who made the choice to move in with Williams.

They could have gone to homeless shelters or called family, he said. But instead they stayed with Williams and engaged in prostitution, he said. They had described scenes of violence to the jury, he said, but those descriptions lacked detail. And, there were some inconsistencies in their recollections. By trade, the women were manipulators, he said. And, if they were in fear, why
didn't any of them call the police?

Corrigan suggested that the criminal justice system was biased against men in prostitution cases and downplayed the role of women as prostitution operators. In this case, it was women, not Williams, who were responsible for running the prostitution ring, he said. Women are astronauts, Supreme Court justices and combat soldiers, he said.

"To think that a woman does not have the intelligence and business acumen to run a prostitution enterprise is insulting," he said.

The jury will continue deliberations on Thursday.