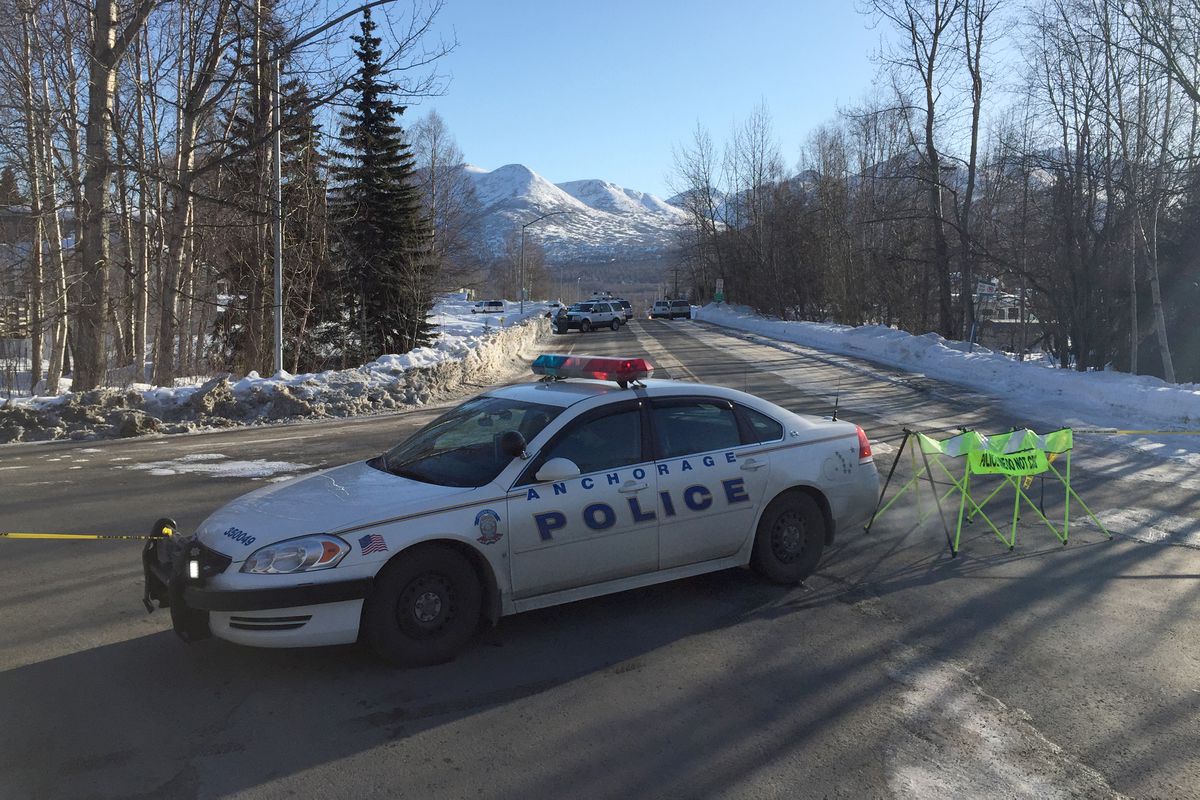 Police made entry to an East Anchorage home after an hours-long standoff that began Monday morning and found a man dead from a self-inflicted gunshot wound.

Anchorage police spokeswoman Renee Oistad said it is unknown at what time the man killed himself.

A woman fled the home Monday morning after her roommate threatened her and fired a weapon, she said, spurring the ongoing standoff with police.

Officers first responded to a residential alarm on the 3400 block of Old Muldoon Road just after 5 a.m., Oistad said. Soon afterward, dispatchers received a call from a woman who said the alarm had been triggered when her mother arrived to pick her up from the home.

"The female stated she was woken up by her male roommate," Oistad wrote. "The male threatened her with physical harm and fired off a handgun inside the residence."

APD's SWAT team was called just after 8:30 a.m. to the scene, where the suspect remained inside.

Oistad said nobody had been injured during the incident and no further gunfire had been reported.

SWAT deployed the first of several rounds of gas into the home around 2 p.m. but the suspect remained silent, police said. Officers entered the home a couple of hours later and found the unidentified man dead inside.

Oistad said the man's name will be released when his family has been contacted, and the specifics of his death won't be reported until an investigation is done.

"No (gun) shots were fired by police during the incident," she said.

Another man was arrested in the area of the standoff at 10:20 a.m. Police reported that 22-year-old Luis D. Garcia walked into the police perimeter and ignored officers' commands to leave.

Garcia allegedly told police he was from the home where the standoff originated, but it turns out that "Garcia was not from the suspect's residence nor was he related to the incident in any way," Oistad said.

Garcia was arrested and now faces a charge of disobeying a lawful order.

Old Muldoon remains closed between 34th and 36th avenues but should reopen shortly.