Suspect in Anchorage locomotive graffiti vandalism is in custody 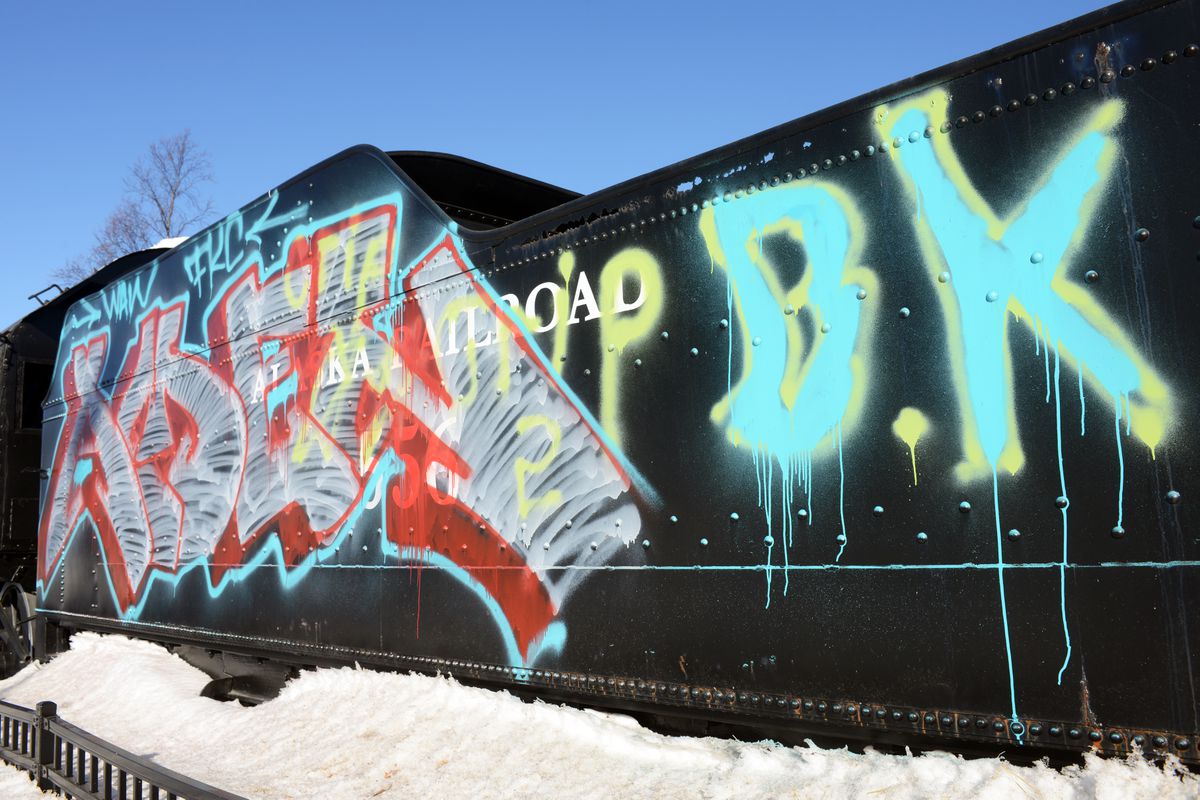 Police have arrested and charged an 18-year-old in connection with graffiti vandalism of a historic locomotive in downtown Anchorage.

The Anchorage Police Department said in a Wednesday statement officers received a tip and then obtained enough evidence to arrest Terrence John Keoni Vicens, who has been charged with felony criminal mischief. Vicens is jailed at the Anchorage Correctional Complex.

Court records show a charging document has not yet been filed in the case.

Police responded to the retired steam locomotive, at the corner of Ninth Avenue and E Street on the Delaney Park Strip, on Wednesday. But it's unclear when the train's rear car was covered with a graffiti mural that appears to spell "AMEN."

The vandalism was first reported by local television stations Tuesday.

"The investigation is continuing to include whether or not Vicens acted alone," police said.

Dubbed Delaney Park Locomotive 556 by the Municipality of Anchorage, the locomotive was built in 1943 for wartime service. The U.S Army sent a dozen such locomotives to Alaska, and they were all used on the original Alaska railroad.

Locomotive 556 hauled passengers and freight from Seward to Fairbanks for 13 years before being placed as a monument downtown in 1956.

It is currently off-limits to the public. In 2012, it was deemed a safety hazard.

A legislative grant for $250,000 allowed for asbestos abatement and a fresh coat of epoxy on its exterior, but the condition of the engine proved too costly, so what kids could once climb and play on became what the municipality calls a "static display."

Mike Andersen, president of DAMA Industrial LLC, has volunteered up to $10,000 of crew labor to remove the graffiti and repaint the locomotive, Patel said. The Anchorage Sherwin-Williams paint store has agreed to donate supplies to cover the graffiti, he said.

Andersen told the city it would take about a week to complete the job.

"The plan is to do it once the temperature has warmed up, so the paint can set correctly," Patel said.