Landlord charged with murder in shooting at Anchorage home 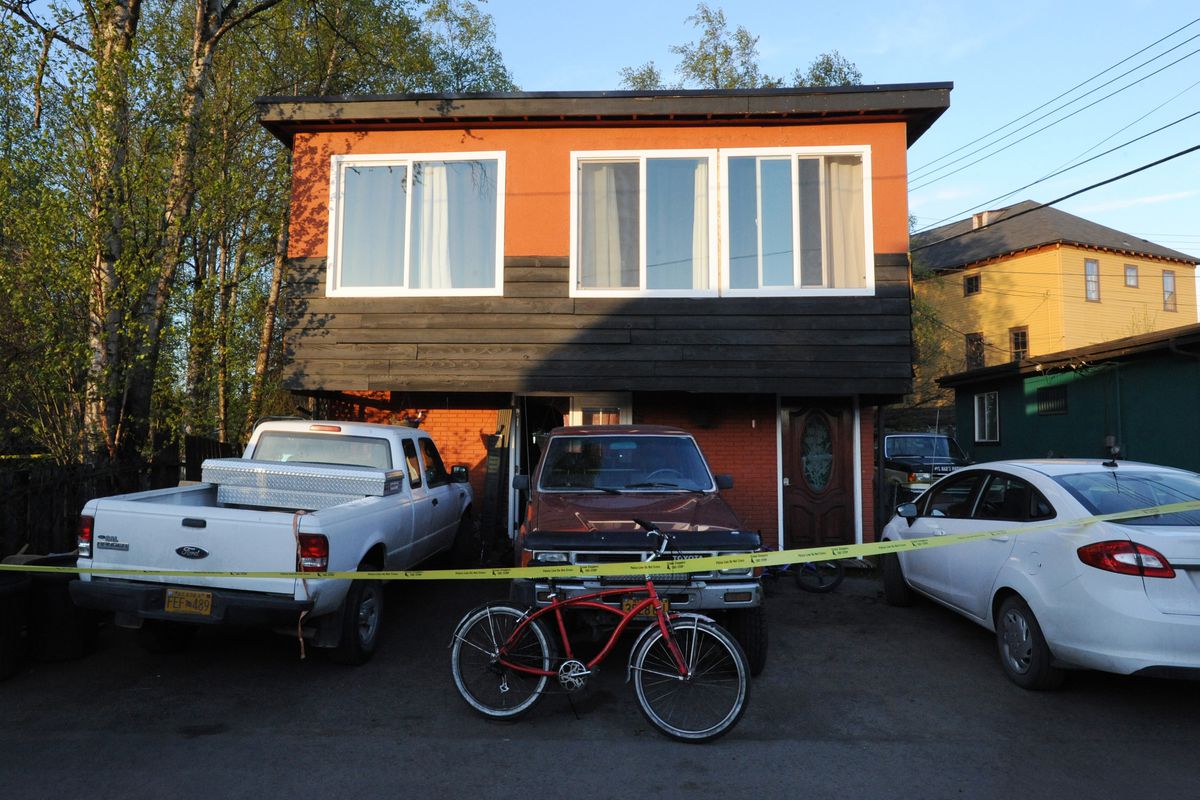 Anchorage police responded to a shooting at the 200 block of Denali Street that left a woman dead on Tuesday, May 16, 2017. (Bill Roth / Alaska Dispatch News)

Anchorage police responded to a shooting at the 200 block of Denali Street that left a woman dead on Tuesday, May 16, 2017. (Bill Roth / Alaska Dispatch News)

The landlord of an Anchorage home has been charged with murdering a woman as she tried to enter the residence through a window Tuesday night, according to police.

Officers were called to the home on the 200 block of Denali Street around 8:15 p.m. Tuesday for reports of a "loud verbal altercation," shortly before dispatchers were informed of the shooting.

The home where Fogg was killed had several rooms being rented, Oistad said, and Castro had been living there doing repairs. On Tuesday, Castro replaced the home's locks while Fogg and a female tenant were away, police said.

When Fogg, the tenant and another woman returned to the property around 8 p.m., they found the doors locked. They went behind the home and found a ladder, which Fogg used to crawl atop a shed and try to open the window to one of the rooms, police said.

"Castro and two other individuals were inside the room at the time Fogg was trying to gain access," Oistad wrote. "A verbal argument ensued between Fogg and Castro when Castro shot Fogg with a shotgun. Fogg was declared deceased at the scene."

The female tenant said she had been in a relationship with Fogg for several years, and had been renting the room where they were staying since April, Detective David Cordie wrote in a criminal complaint against Castro. She said they had returned to the home to find security codes on the doors changed, although they hadn't received an eviction notice.

Another tenant at the home told police Castro had changed the security codes because "she is having problems with the person in the other apartment and they have to go," Cordie wrote.

That tenant said she called police after a verbal confrontation between Castro and one of the other women that lasted between 10 and 20 minutes. Soon afterward, she said, she heard silence followed by a single gunshot.

After the gunshot, "(Fogg's partner) climbed the ladder and attempted to assist Fogg who told her she had been shot in the chest," Cordie wrote. "(She) said Fogg died in her arms on the shed roof."

Castro's daughter told police she had bought the shotgun for personal protection as she and Castro worked on the residence. After she heard the yelling from the front door, she said she went upstairs and saw another woman outside the window, Cordie wrote.

"Her mother and the other person continued to yell at each other and (the daughter) said her mother picked up the shotgun and told the female outside something similar to, 'I will use this if I have to,' " Cordie wrote.

The daughter said Fogg was climbing through the window when Castro fired, hitting her in the chest, the complaint said.

Nobody else was injured, Oistad said.

Four people were in the home at the time of the shooting, and police questioned several people in the case.

Castro was being held at the Anchorage Correctional Complex on Wednesday.