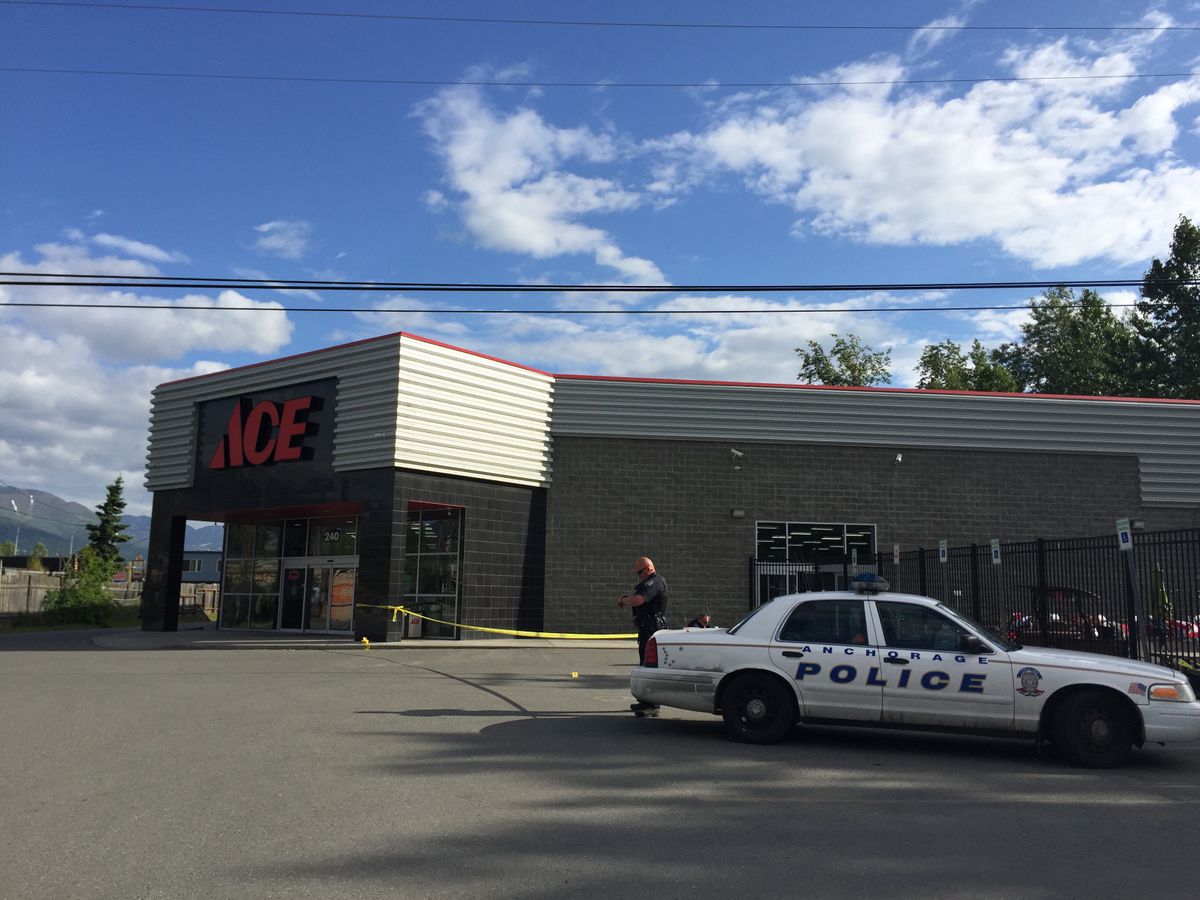 Security guards shot at a suspect in a robbery at the Ace Hardware store off Muldoon Road in Anchorage on Saturday, June 17, 2017. (Devin Kelly / Alaska Dispatch News)

Security guards shot at a suspect in a robbery at the Ace Hardware store off Muldoon Road in Anchorage on Saturday, June 17, 2017. (Devin Kelly / Alaska Dispatch News)

A man suspected of firing several bullets into a cash register while robbing a hardware store on Muldoon Road on Saturday evening was then shot by the store's security guards while trying to escape, according to witnesses and Anchorage police.

The security guards shot the fleeing man, who has not been officially identified, in the abdomen and the shoulder, said Sgt. Jeremy Conkling of the Anchorage Police Department.

The man was taken to the hospital with injuries that are not believed to be life-threatening, Conkling said. He said police detectives were investigating the incident.

"The man did have a gun, he did fire shots in the store and he was shot by security," Conkling said.

No one else was injured in the incident.

Store owner Stephanie Van Ness, who was working in the back of the store when the incident occurred, said the man came into the store and demanded money from the cash register. He wore a bandana over his face, she said.

The clerk backed away from the counter, and then the man shot several bullets into the cash register to open it, Van Ness said. She said between 40 and 50 customers and employees were in the store at the time.

Conkling said the man took an undisclosed sum of money out of the cash register and left through the main entrance of the store. That's when he was confronted by security guards, Conkling said.

Van Ness, whose grandfather founded the hardware store more than 50 years ago, said the family-owned business had never experienced a robbery involving a weapon.

The store was closed Saturday evening while police set up evidence markers. A stretch of the parking lot just outside a fenced garden supply was temporarily roped off with crime tape.