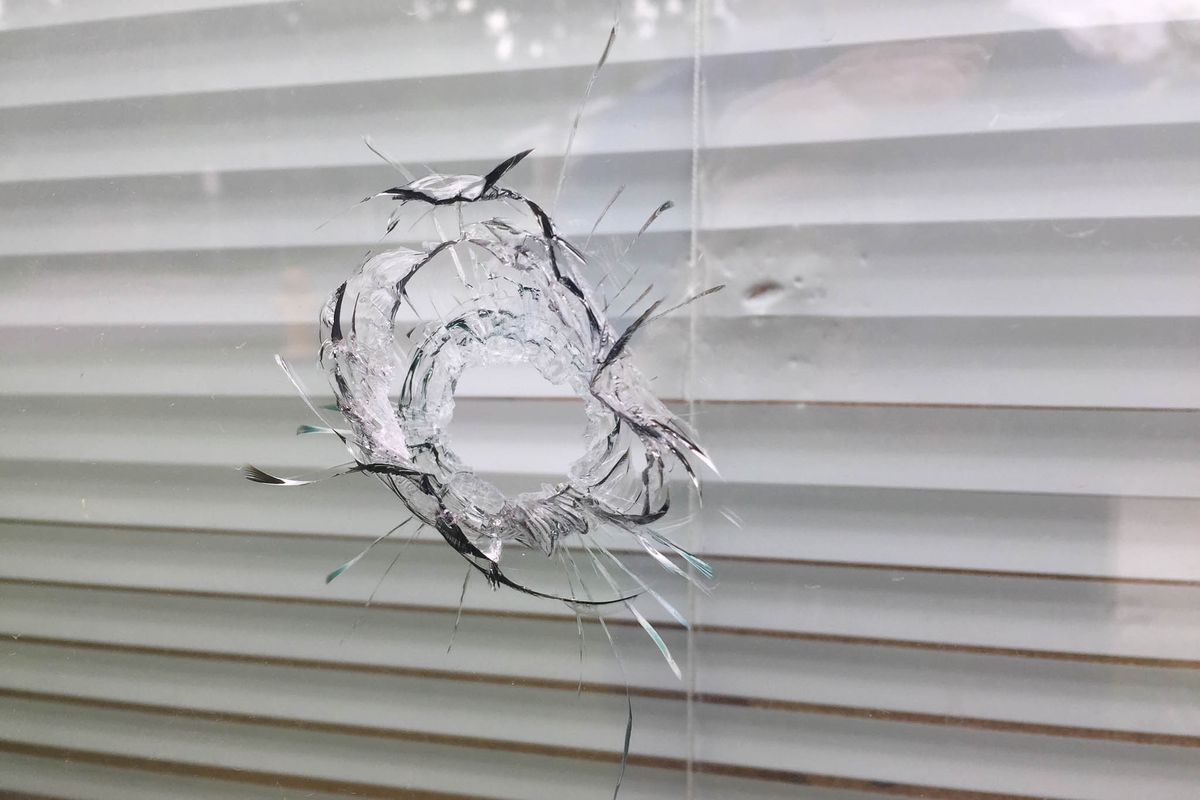 A barrage of shots fired from two vehicles at an apartment complex in East Anchorage early Tuesday punctured buildings and vehicles with bullet holes but injured no residents, police said.

Residents at apartments in the 7800 block of Creekside Center Drive in Muldoon called 911 to report shots fired at 4:20 a.m., according to a police spokeswoman. Officers arriving on scene recovered shell casings and bullet fragments around the buildings and surrounding area.

Judd said he's working with police and called the incident an "act of random violence" like others around Anchorage.

"People who don't actually reside there happened to be on site at 4:15 a.m. just causing violence," he said.

Bullets penetrated three housing units and interior walls, as well as a steel mailbox and a number of vehicles, Judd said. The community center had numerous bullet holes that penetrated thick columns to the interior.

"Thankfully, nobody was injured or hurt," he said.

Andy Petersen, 37, said he and his girlfriend were in bed when they heard about 20 shots fired and the sound of motors revving and vehicles taking off.

"I looked through the window and our neighbors were running outside, screaming," Petersen said.

The shooting lasted for about five minutes, he said.