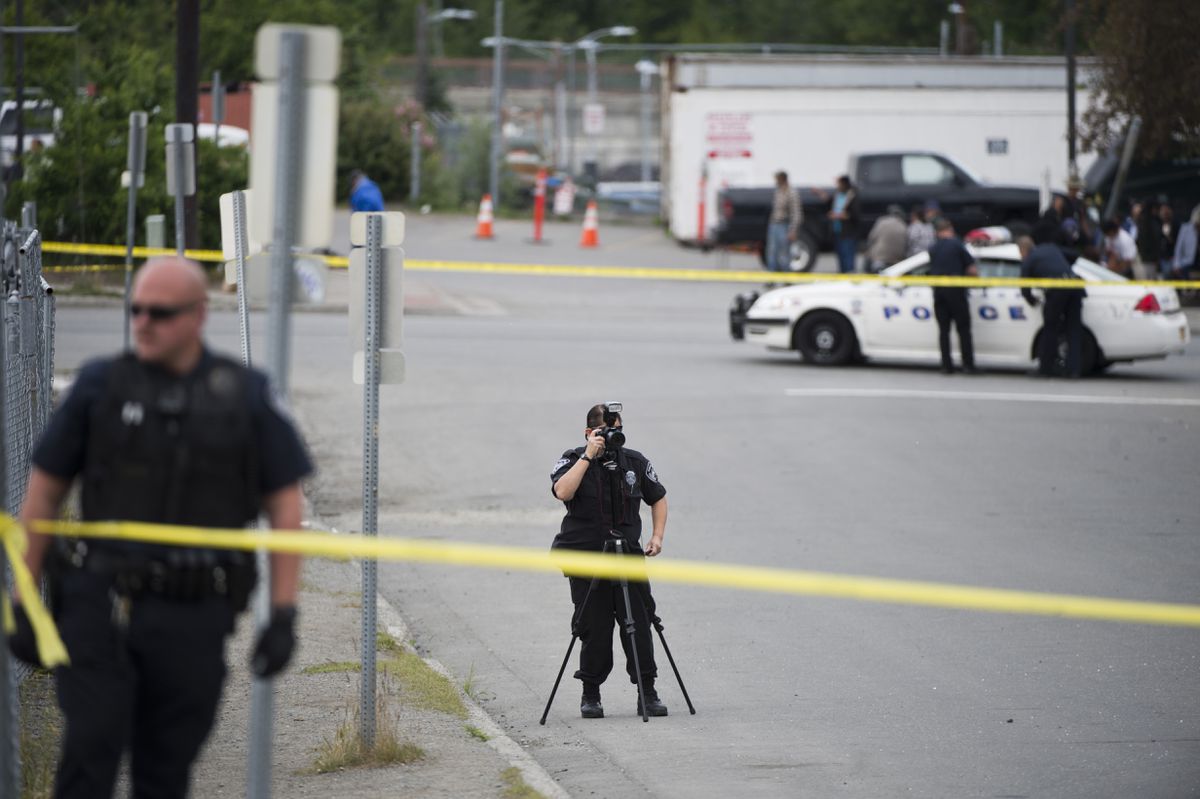 Police provided no additional information on the stabbing Friday, including any description of possible suspects or any details on what exactly happened.

Police said Thursday morning they had made no arrests after the fatal stabbing of a man in downtown Anchorage.

Police received reports of the stabbing at 4:15 p.m. Wednesday. When officers arrived on the 300 block of East Fourth Avenue, they found a man stabbed multiple times in the torso. He was declared dead at the scene, according to a police dispatch.

Police said they had determined no motive and said investigators continue to look for witnesses. Police also continued to search for the suspect but, the dispatch said, they had "no description to release at this time."

Police said they had no information linking Wednesday's fatal stabbing to another near downtown Anchorage earlier this month. On June 8, a man was stabbed on the sidewalk near Third Avenue and Karluk Street.

The victim of the latest stabbing has not been identified. Police spokeswoman Renee Oistad said investigators should make contact with the victim’s family Friday, and the victim’s name will be released.