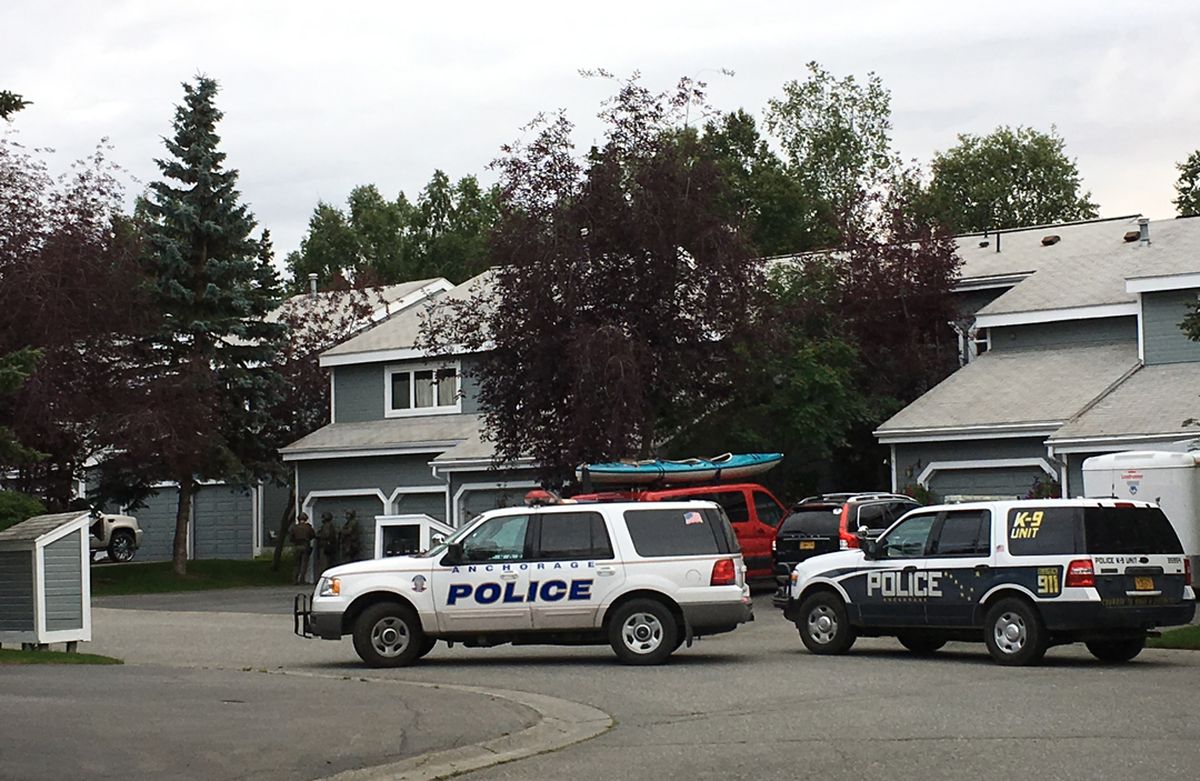 Police identified the suspect as 34-year-old Christopher Dickson and said he faces multiple charges including second- and third-degree assault.

In the latest deployment of Anchorage SWAT resources over the past week, police asked residents to avoid the area near East Northern Lights Boulevard and Cimarron Circle as officers served warrants Tuesday.

About 8 p.m., at least seven police vehicles and the department's SWAT truck were parked on Cimarron Circle, across the street from Anchorage Baptist Temple. Cimarron, directly off Northern Lights, is near Baxter Road in East Anchorage.

Three officers in SWAT gear were seen standing next to the garage door of a duplex on the otherwise quiet suburban street.

Police spokesman MJ Thim said officers were conducting a standard warrant service and the situation was not considered a standoff.

Shortly after 8:30 p.m., police said officers had finished serving warrants and would be leaving the area. Thim said the home that police searched was empty and no one was arrested. Detectives were searching the residence Thursday evening, Thim said.

This marks the fourth time the Anchorage Police Department's SWAT unit has been called out in less than a week.

On Thursday, a SWAT standoff near Lake Otis Parkway and Tudor Road with a convicted murderer wanted on a parole warrant ended peacefully.

Two people, identified as a middle-aged couple, were found dead after a standoff that lasted from Thursday night into Friday morning.

And on Sunday, SWAT resources were deployed to the 7800 block of Moose Run Circle, where a juvenile male with outstanding warrants "was taken into custody without incident after firing weapons inside a residence," according to police.