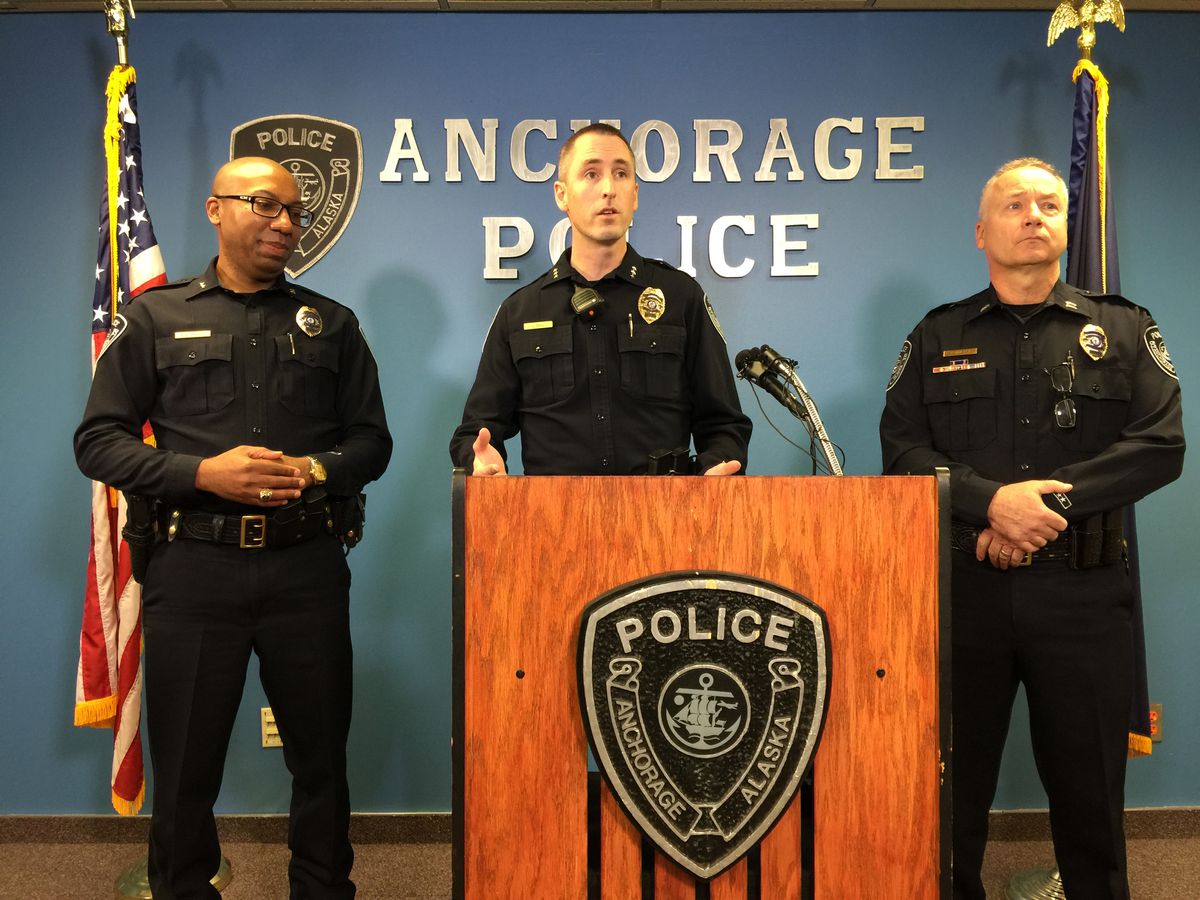 More data analysis and detective work and a restructuring of the units that focus on drug investigations are the other pieces of a three-part "crime suppression initiative" Doll announced at a news conference Tuesday morning.

Doll said he wants his agency to be less reactive in fighting property crimes, violent crimes and drug crimes. Certain categories of crime, particularly vehicle theft, have been on the rise since 2011 and spiked dramatically in some categories the past two years, according to data collected by the police department. In addition, Doll said he hopes to deliver shorter wait times on lower-priority calls like burglaries.

By mid-October, the changes should be in place, Doll said. He and his deputies have been discussing the initiative for several months as public frustration over crime in Anchorage has boiled over in public meetings and on social media.

Here are the three main elements of the initiative:

• A new investigation unit, comprising eight police officers and a supervisor. The team will serve high-risk warrants, find witnesses and conduct long-term investigations, and will act as "free agents" not tied to calls for service, Doll said.

• The addition of one detective each to the data analysis, homicide and robbery and assault units. The data detective is already working with the Alaska Information Analysis Center, a statewide facility that gathers and analyzes data about criminal and terrorist activity, Doll said.

• Long-term and short-term drug investigations, which until now have been in separate units, will be united under a single chain of command.

This is also the second three-part initiative promoted in the past year by the department, which is nearing its largest size ever at roughly 410 officers. In March, officials announced plans to target petty drug deals, patrol neighborhoods and send officers on foot into certain sections of town. Doll said he plans to look at factors such as arrests, warrants being served and calls for service in a given neighborhood to decide if the initiative is effective.

The investigative unit officers will be shifted out of patrol and replaced with new hires, Doll said. About 50 officers are currently in training. Another academy is set to start in December. By freeing up more patrol officers with the new investigation unit, police could respond more quickly to lower-priority calls, Doll said.

"It's a go-to pool of staffing for whatever the problem is," Doll said.

He said police have already been responding to "100 percent" of the calls for service. It just may take hours for an officer to physically arrive at the scene, and some people may be directed to file reports online for follow-up, he said.

Assemblyman Eric Croft, who chairs of the Assembly's public safety committee, said he also hopes the investigative unit will free up officers to respond more quickly to lower-priority calls. He said he thinks Anchorage is "just getting our head above water" in terms of police staffing.

Assemblyman Fred Dyson of Chugiak-Eagle River, reached by phone early Tuesday afternoon, said he was not familiar yet with the details of the new policing strategy but had confidence in the chief's judgment.

"Doing investigations and having detectives speaks to me that they're wanting to get past the superficial of responding to crime, and getting at the causes and the upstream middlemen, particularly who are in the distribution of drugs," Dyson said.

As a next step, Doll said he wants his agency to use boosted staffing to allow officers to spend time in neighborhoods on their beats.