When he floated into Anvik, he was told to stay away. Is he the mysterious ‘Yukon Drifter’? 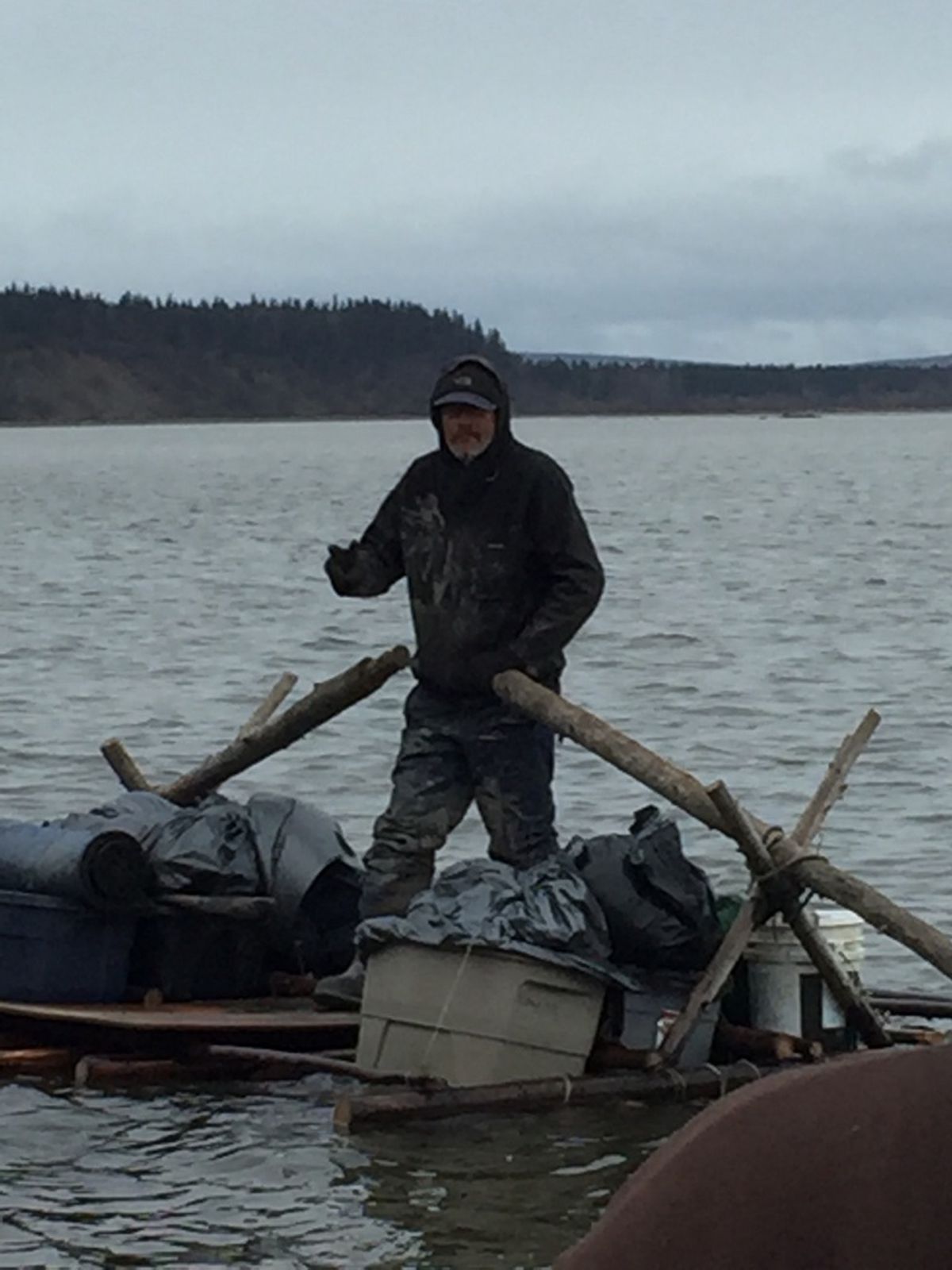 A man who gave his name as Jerald Harrison approaches Anvik in a raft on the Yukon River on Thursday, Oct. 5, 2017. (Photo by Jason Jones)

A man who gave his name as Jerald Harrison approaches Anvik in a raft on the Yukon River on Thursday, Oct. 5, 2017. (Photo by Jason Jones)

BETHEL — As the man on the homemade log raft floated toward Anvik on the Yukon River Thursday, village leaders mobilized.

They were anticipating him.

Some call him the drifter. Along the Yukon this summer, from near Galena down to Grayling, cabins have burned in fires that Alaska State Troopers call suspicious.

No one has been charged. Residents connect sinister notes left behind to a man named Jerald Harrison who years earlier was convicted of criminal mischief, trespass and weapons misconduct in incidents around the Yukon-Kuskokwim Delta.

When the man on the raft was spotted late Thursday afternoon, a group of five leaders including Anvik Mayor Jason Jones and tribal council chief Nathan Elswick approached him in a river boat. The village has no law enforcement.

"We went out there to tell him he wasn't allowed in town," Jones said Friday. Someone had been burning cabins and he fit the description, they told him.

He asked what made them think that. He didn't do it, he said. They should call troopers if they thought something else, he told them, according to Jones.

He was standing on the raft with long logs for oars and plywood at the ends for paddles like something from "The Adventures of Huckleberry Finn." It was loaded down with totes and buckets and what looked like tents and tarps. They could see a couple of rifles at his feet.

He just wanted to come into town for tobacco, he told them.

They weren't going to allow that. But they didn't want him desperate either. The men went to town and came back with a box containing some food — canned beans, mandarin oranges – and two packs of Marlboros.

The boat came up close to the raft so they could hand over the box, an encounter captured in part on video.

"Got you some stuff here," one told him.

He held out his hands and bowed down.

"I just want everybody to be happy," the man said.

As Jones recorded, they asked his name.

They asked where he was going. He said he didn't know.

"I'm kinda scared, you know. This is pretty heavy. I didn't do anything wrong," the man said.

The Anvik leaders didn't try to grab him, Jones said. They aren't law enforcement officers and didn't think that would end well.

They called troopers, who planned to send someone from the Aniak post, Jones said.

Troopers confirmed they got a report "that a man that gave that name passed by the community of Anvik on a makeshift raft."

"The investigation into the property crimes that occurred along the Yukon River is ongoing," troopers spokeswoman Megan Peters said in an email.

No one has been charged and no warrants has been issued, she said.

Anvik residents are keeping watch. Some boats are going back and forth to see if he is around, Jones said. The man on the raft couldn't be found on Friday. Maybe he disappeared into the woods, Jones said Saturday.

"Everybody is kinda relieved that he has passed by here and wondering where he is at the same time," Jones said.