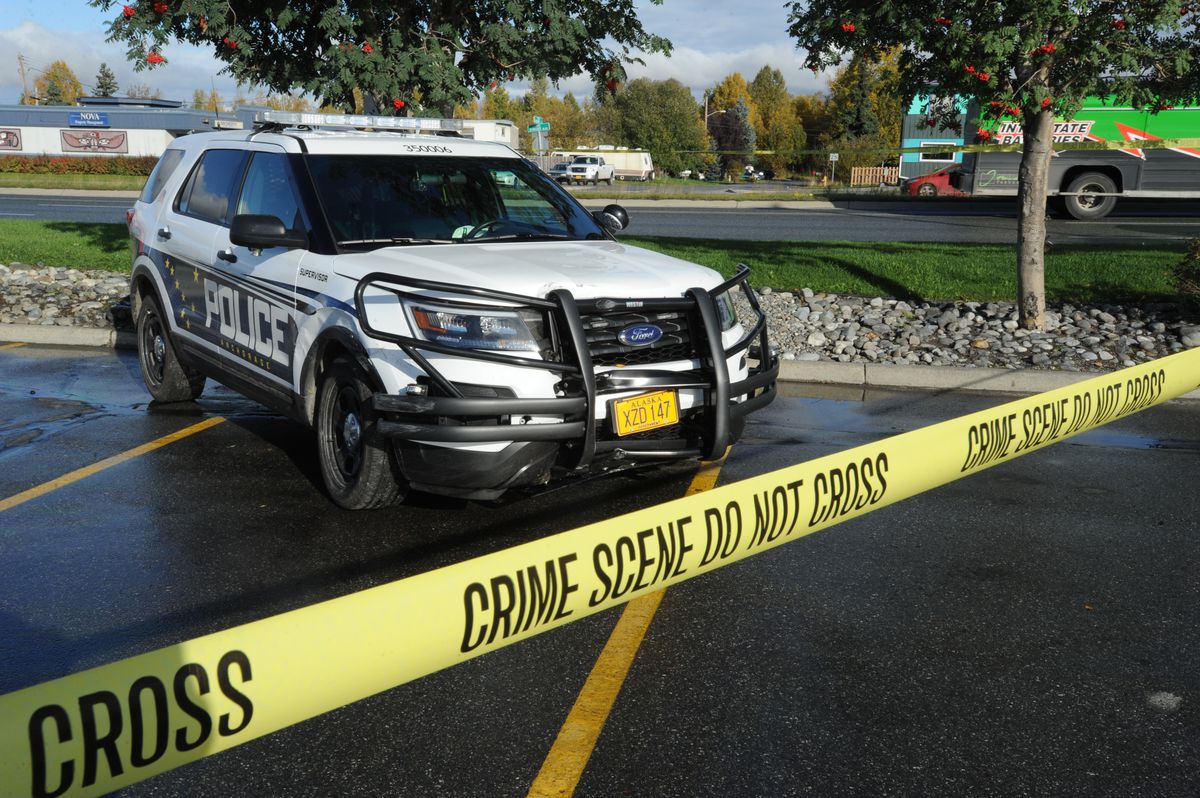 An Anchorage police vehicle was damaged during a pursuit with two armed robbery suspects who reportedly shot at officers last month near the Costco on Dimond Boulevard. The two suspects are now being charged in federal court. (Bill Roth / Alaska Dispatch News)

An Anchorage police vehicle was damaged during a pursuit with two armed robbery suspects who reportedly shot at officers last month near the Costco on Dimond Boulevard. The two suspects are now being charged in federal court. (Bill Roth / Alaska Dispatch News)

The two were originally charged under state law last month. Anchorage police said they shot at an officer during a car chase that ended near the Costco on Dimond Boulevard when they crashed an SUV into trees.

Federal prosecutors decided to bring their own robbery charges based on a new push from U.S. Attorney General Jeff Sessions, who has directed the Department of Justice to focus on violent crime, said Frank Russo, the acting criminal chief at the U.S. attorney's office for Alaska.

"Under this administration we're being more aggressive," Russo said in a phone interview Tuesday.

Federal prosecutors used a sworn affidavit from a Bureau of Alcohol, Tobacco, Firearms and Explosives special agent, Brian Arnold, to support the Hobbs Act charges against Twigg and Gonangnan.

Arnold said he spoke with representatives of the two coffee stands that were targeted — Caffe D'Arte and Heavenly Cup. Heavenly Cup's manager said their coffee is Sumatran and "Central French" beans from Costco's Kirkland brand, and Costco's warehouse manager told Arnold that "all the coffee beans Costco sells are grown outside the state of Alaska," according to the affidavit.

Caffe D'Arte's beans are shipped to Alaska from Washington through the company's "internal supply chain," Arnold said a company executive told him.

"Based on these statements, I can reasonably conclude that both coffee business' product supply chains include interstate commerce," Arnold wrote.

Federal charges generally expose defendants to tougher penalties, said Rex Butler, a longtime Anchorage defense attorney. And Alaska's reliance on Outside supply chains means that "damn near anything you do wrong up here is going to have an interstate commerce link," he said.

It's difficult to refute such an interstate link in court, and relying on the Hobbs Act to prosecute a robbery isn't unprecedented, Butler said. But he acknowledged that the specific facts of the case seemed unusual.

"Let me put it this way: I've never seen coffee beans invoke federal law," he said in a phone interview.

The new charges against Twigg and Gonangnan, however, don't mean that every suspected robber can expect to face federal prosecution. The U.S. attorney's office has to "pick and choose" the cases it takes, said Russo, the acting criminal chief.

Prosecutors consider the type of alleged offense, as well as the criminal backgrounds of the people being charged, he said.

Both Twigg and Gonangnan have previously faced more than a dozen charges at the state level.