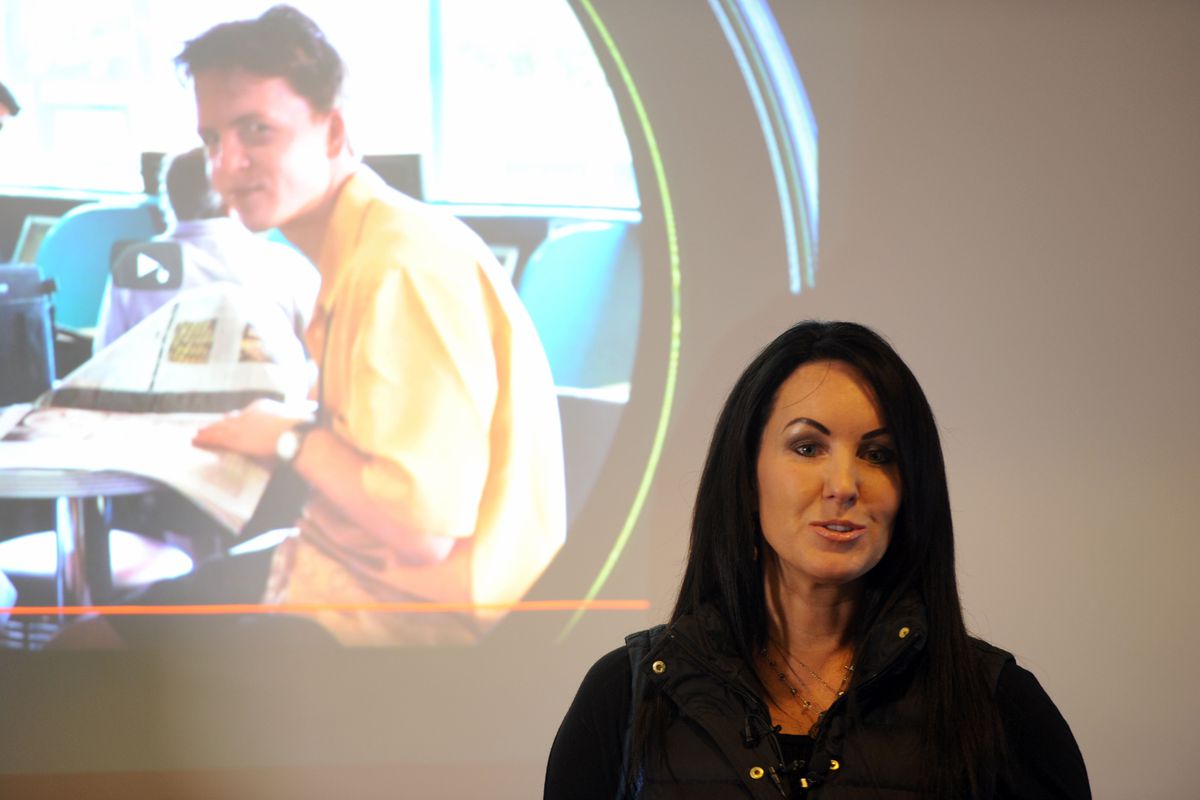 The family of a Chugiak man shot and killed by a police officer on Oct. 1 made a public plea on Thursday to get answers from investigators on the "mysterious" circumstances.

The family wants to determine whether lethal force was justified when police killed Micah McComas, 41, after a traffic stop in Seward became a drug investigation, said his sister, Krista Smith.

"I want to make sure my brother didn't overpay with his life," Smith said.

Smith and her husband, Scott, both from South Carolina, held a press conference in Anchorage on Thursday.

They said they were able to view Micah's body this week, but that only raised more questions about the shooting. Seward officer Matthew "Eddie" Armstrong had stopped the Kia driven by McComas for speeding, according to an Alaska State Troopers report. The officer said he found drugs in Micah's wallet, a passenger in the Kia said.

"Right now we are just searching for the truth," Smith said. "We don't want to point fingers. We just want answers."

The state troopers are leading the investigation. They have said McComas was handcuffed and placed in the back seat of Armstrong's vehicle. But while the officer conducted the drug investigation, McComas managed to get into the front seat and tried to drive away, troopers say.

How could that have happened? Krista Smith asked. And what sort of threat did her brother pose that led Armstrong to shoot him multiple times?

The family has asked authorities to privately view video from the officer's body camera and dashboard camera. Krista Smith said the family has offered to sign a nondisclosure statement to ensure they don't discuss the information until the investigation ends.

The request was denied, although Andrew Peterson, chief assistant attorney general in the Office of Special Prosecutions, had reviewed part of a video and shared some details with the family earlier this week.

On Thursday, the family showed scenes of McComas' life in a video montage, with images of his life in Alaska and McComas with his son, who is 18, Smith said.

Smith acknowledged her brother had been in trouble with the law and made bad decisions in his life. But she said he was not violent.

"This narrative doesn't make sense to us," she said.

The family has created a website to pay tribute to Micah's life and provide updates to the ongoing investigation: nottakingakneetakingastand.com.