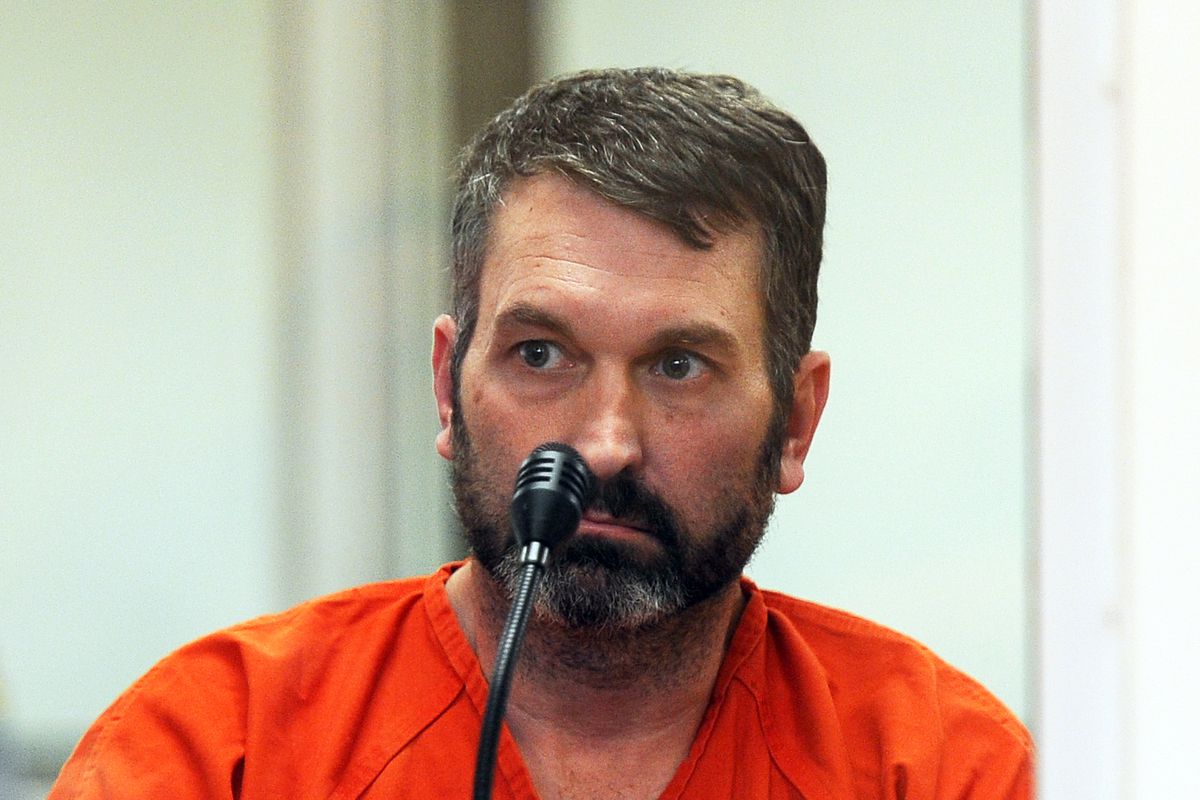 Two opposing pictures emerged on Tuesday of the man accused of killing three people in a shooting at a Spenard gold shop last month.

At a bail hearing in Anchorage for Anthony M. Pisano, friends and family said the former paratrooper at Joint Base Elmendorf-Richardson was someone you could trust with your life.

But those close to the three men who were killed said Pisano, 43, was a merciless killer who should not leave prison.

"People change. This man has gone evil," said Michael DuPree, co-owner of The Bullion Brothers shop where the shooting occurred.

Pisano sat quietly nearby in an orange jumpsuit, cuffed hands in his lap, at times lowering his head.

Kenneth Hartman, 48, and Daniel McCreadie, 31, were also killed. Both lived in the two-story building where the small shop was located. The two men were responding to the gunfire, relatives have said.

The state asserts that Pisano started a fight with Cook before he shot him, then quickly shot Hartman and McCreadie.

Pisano, who told investigators he provided security for the shop, alleged the two shop owners were "getting into it, and a shootout occurred." He told police he left the business as the shooting was "going down."

A grand jury indicted Pisano on 10 counts, including three counts of first-degree murder, according to the Alaska Department of Law. His trial is scheduled to begin in early December. Pisano has pleaded not guilty.

About 30 people packed the courtroom Tuesday, including two men who had served with Pisano. Pisano was a sergeant first class in the 4th Brigade Combat Team (Airborne), 25th Infantry Division at JBER when he retired. He had no prior criminal record before the shooting.

Pisano had three deployments to Afghanistan starting in October 2008. He also served in Iraq for a year starting in February 2003, according to Jennifer Johnson of the U.S. Army media relations office at the Pentagon.

The judge said Pisano has received 67 letters voicing support for him from friends and relatives. The letters were not publicly available Tuesday.

Pisano's attorney, Julia Moudy, an Alaska public defender, is seeking $50,000 cash bail and house arrest for Pisano, primarily under the watch of his mother, Suzanne Pisano. A retired schoolteacher, Suzanne Pisano flew up from Illinois for the hearing and said she would move to Alaska to serve as her son's third-party custodian.

In addition, Anthony Pisano would pay $600 a month to Alaska Pretrial Services, a company that would monitor Pisano using a GPS-enabled ankle monitor to make sure he doesn't leave the house. Under the proposal, guns, tactical knives and alcohol would not be allowed in the home.

Gregory Mullins told the judge he was a sergeant who served along with Pisano during the 2003 invasion of Iraq, after they were based in Fort Bragg, North Carolina. The two men hadn't seen each other since 2010, but kept in touch on social media, said Mullins, who lives in Arizona.

Pisano is family-oriented and would put his own life in danger to make sure his fellow soldiers accomplished their missions, Mullins said.

"I never saw him lose his cool," Mullins said.

Drew Lufkin said he served with Pisano at JBER, in the same company. They worked together to create a program that improved training for soldiers, Lufkin said. Pisano let him borrow his RV, free of charge, so he could travel across Alaska.

"I've never seen him get upset," Lufkin said. "I'd trust him with my life."

"(For him) to see his family and be home and love his wife, and I can't even be with my husband," she said, her voice breaking. "This man deserves nothing more than the electric chair if we had it up here."

Pisano owned H&G Tactical Solutions LLC in Anchorage, providing firearms instruction and tactical training. Not long ago, he had extensive surgery for digestive problems and had part of his esophagus and stomach removed, his mother said.

DuPree said Pisano was in need of money since he first met him a couple of years ago. DuPree said he let Pisano borrow a few thousand dollars, and Pisano still needed money.

"As he approached retirement and he told me he was looking for a new job, Tony told me his perfect job would be to kill people who didn't deserve to breathe oxygen," DuPree said.

DuPree said he trusted Pisano completely, too, before the shooting. He had let Pisano in the shop that morning before it opened.

DuPree said there was no argument, and that Pisano "just walked up and shot" Cook.