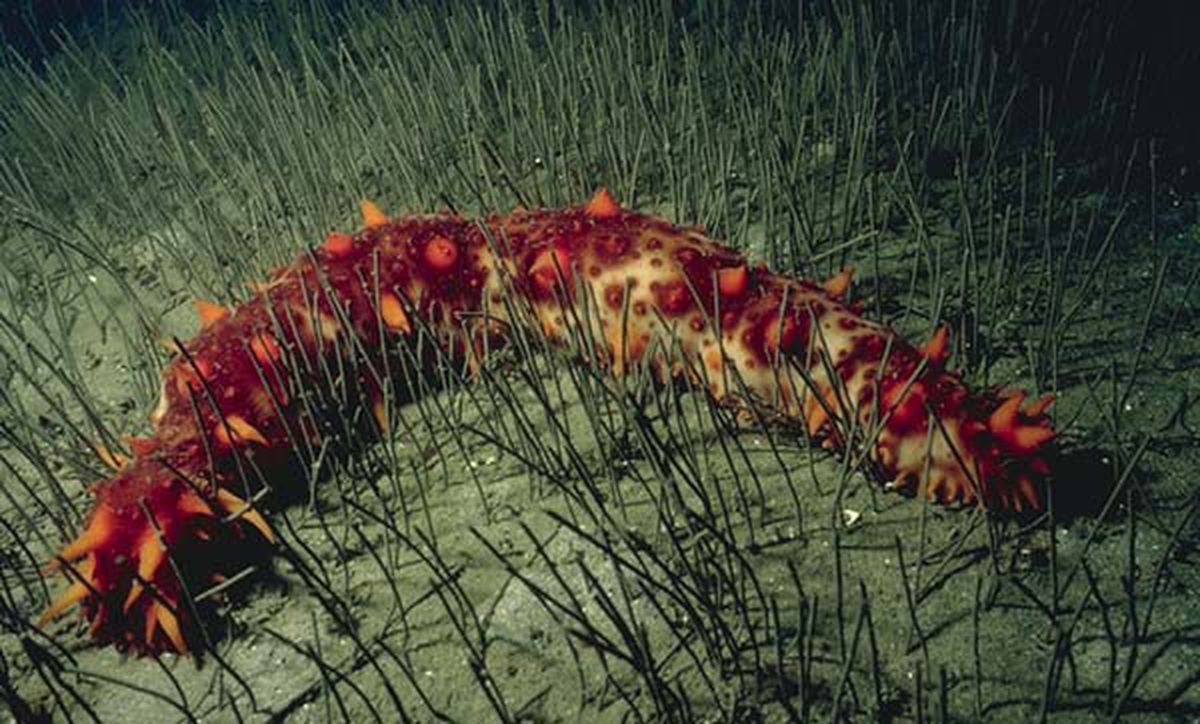 The lure of lucrative echinoderms may have proved too strong for three Southeast fishermen.

The trio, all from Naukati Bay on Prince of Wales Island, face criminal charges after pilfering nearly 4 tons of sea cucumbers from a Whale Pass scientific preserve that's been off limits to fishing for decades, Alaska Wildlife Troopers say.

McGraw took seven trips to the closed area in Whale Pass for a haul totaling more than 7,500 pounds of sea cucumbers valued at $35,288, troopers say.

The spiny but squishy marine invertebrates whose harvest is notorious for hazardous cold-water diving missions — Saveur magazine called them "Alaska's deadliest catch" — can sell for $4 to $5 a pound. They're sold for food and various treatments in traditional Chinese medicine as well as arthritis.

"They're like, 'How in the world is this guy catching more than us? We don't even see him out here. Something isn't right,' " Welch said. "In some fisheries, he caught almost double what other fishermen could catch in the same period."

Troopers from Klawock, Petersburg and Wrangell began their investigation in December.

During the next sea cucumber fishing period, the troopers patrolled open fishing areas looking for the Bottom Time, Welch said. They didn't find it.

But a short time later, as they headed back toward Whale Pass, they encountered the boat with wet diving gear aboard, he said. Troopers saw evidence the crew was fishing outside open areas from a navigational chart plotter and seized the boat.

Data from the plotter later revealed that McGraw reported catching sea cucumbers when his boat was in closed waters far from legal areas — "on the wrong side of the island," Welch said.

McGraw and his public defender couldn't be reached for comment in time for this story.

The area where troopers say he was diving has been closed to fishing since the 1980s so biologists can monitor the health of sea cucumbers in Southeast waters, said Justin Breese, a Ketchikan-based assistant area management biologist with the Alaska Department of Fish and Game.

The closed area gives researchers a chance to monitor sea cucumbers influenced only by natural conditions like water temperature but not fishing pressure, Breese said. That helps biologists know if a population crash, say, is due to overharvest or natural variations.

It's not clear what, if any, harm the illegal harvest did to the research, he said. "It's the first time anybody's been caught doing it. That particular area is pretty remote. It's possible someone has fished out there and not gotten caught in the past."

The giant red sea cucumber — Parastichopus californicus — is common from Mexico to the Gulf of Alaska to Chignik on the Alaska Peninsula. A little over 1.6 million pounds a year on average are taken by about 230 divers during a fall and winter season, state officials say.

Divers plumb near-shore waters mostly in central Southeast around Prince of Wales Island, but also near Kodiak and Chignik.

The load of cucumbers seized from the Bottom Time was sold as state procedure dictates, Welch said. The money will go back to the defendant or be forfeited to the state, depending on the outcome of the case.

The troopers seized the vessel without incident, he said. "They got off the boat and walked away saying, 'You can take the boat.' "

McGraw is charged with seven misdemeanor counts of commercial fishing in closed waters, seven counts of illegal possession, six counts of falsifying fish tickets, one count of violating conditions of release, one count of failing to display vessel identification, and one count of employing an unlicensed crew member.

Wagner and Looper were charged with one count each of commercial fishing in closed waters and illegal possession. Looper was also charged with a count of no crew member license.

McGraw and Wagner were arraigned Tuesday; Looper was arraigned Wednesday.

Sea cucumber cases are not terribly common in his office, said Aaron Peterson, the attorney with the state Office of Special Prosecutions handling the case as part of a statewide fish and wildlife docket.

"The vast majority of my fishing cases are commercial salmon fishing," Peterson said.